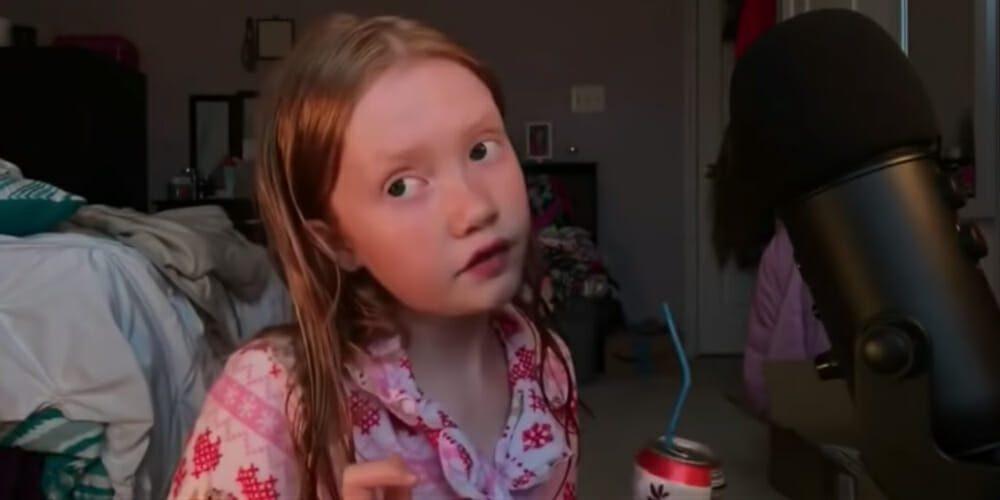 It wasn’t long ago that ASMR wasn’t more than just a niche YouTube genre, home to a handful of people that like to whisper into microphones because it sounds cool. Now, you’d be hard pressed not to hear about the “scene” (is that what you call a YouTube niche?) if you’ve spent any time on social media in the last couple of months. The rise of ASMR’s popularity online can be pin pointed down to just one creator—13-year-old Makenna Kelly—who saw a rise in fame over her videos of herself eating, whispering, and tapping a microphone on camera.

Kelly’s Decision Has Been A Long Time Coming

Kelly, known by her 1.5 million subscribers as Life With MaK, has announced that she’s leaving YouTube. The decision came after a couple of her videos got taken down, citing inappropriate content. The video sharing platform has, in recent months, been cracking down in an effort to fight problems with pedophilia online. Kelly claims that 12 of her videos were taken down as part of the policy changes within YouTube’s user agreement. Despite the fact that none of her videos contain sexually suggestive content.

“If you have a rule, that rule should apply to everyone, and not discriminate against certain people,” Kelly said in an interview with BuzzFeed News earlier in June. “I think most people could name several teenagers on YouTube that do and say extremely questionable things on a regular basis,” said Kelly in another interview with the Daily Dot. “Yet I’m over here feeling like a bad person for eating honeycomb.”

Kelly also claims that the platform allowed a grown man to sexually bully her online without any repercussions. “They did not care one bit about a grown man calling me offensive and derogatory names and making lewd sexual comments about me on their platform,” said Kelly to the Daily Dot.

When a video that exposed how pedophilia is able to thrive through YouTube’s comment section went viral in February, the company faced major backlash. Right away, YouTube banned all comments on videos involving minors. However, this may not have been the best solution to the problem. YouTube is punishing younger viewers as a result of the problem. YouTube announced recently that it would also be demonetizing content that generates inappropriate content. This makes the creators responsible for what other people say on their videos.

For Life With MaK, a YouTube account was more than a hobby—it was a source of income. Kelly’s videos were drawing in an estimated $1,000 a day before she left the platform. The revenue from advertisements on YouTube videos gave Kelly an incentive to stay on the platform. However, now that YouTube has removed many of her videos, she has no incentive to stay.

Censoring the internet to make it safe for minors is an ongoing issue that all social media platforms struggle with. Pedophilia seems to be an issue specific to YouTube. However, online safety is a major issue among websites like Twitter and Facebook. Both platforms have faced similar issues recently, causing a reformation to terms of use agreements.