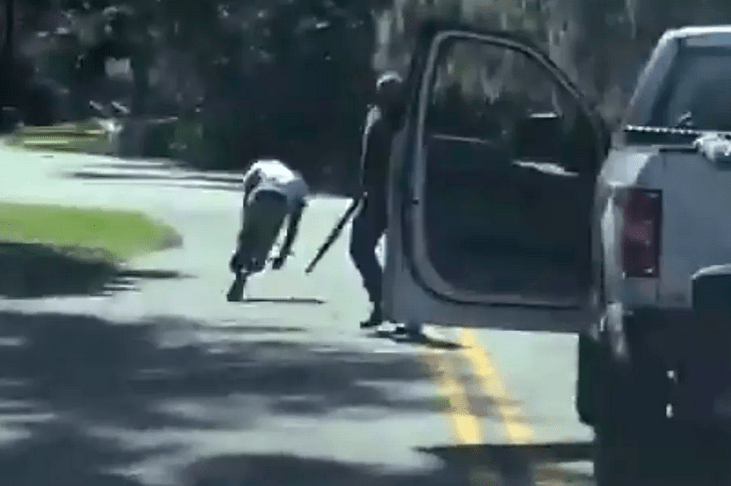 All three men involved in the murder of Ahmaud Arbery have been formally indicted by a grand jury for their crimes. Travis and Gregory McMichael and William Bryan—the man that filmed the murder—have been charged with felony murder and malice charges in front of a Grand Jury as of Wednesday afternoon.

The landmark case first drew national and international attention back in May when a video surfaced of two men—Travis and Gregory McMichael—gunning down a jogger—Ahmaud Arbery—in broad daylight in a small Georgia town. Later it was revealed that the person that filmed the murder, William Bryan, was also involved in the crime and was later arrested as well. However, arrests were not made until an international outcry called for the arrest of the three men, who allegedly had ties to the local law enforcement.

Each of the three men face nine charges that include felony murder, aggravated assault and malice murder. The two men allegedly saw Arbery on his daily jog and assumed that he was tied to an alleged string of recent break ins around the neighborhood. The two chased Arbery in their truck with their guns in hand, with Bryan following behind filming the interaction on his phone. The video evidence shows the two McMichael’s chasing Arbery before gunning him down in the street with a shotgun and a .357 magnum.

It was later revealed that there were no recent break ins in the Satilla Shores neighborhood of a rural Georgia town. Gregory McMichael, the elder of the two, is a retired investigator with the local District Attorney’s office that formerly served on the local police department as well, suggesting that he may have evaded charges before the video of the crime went viral because of his relationship with the local law enforcement.

The crime happened on February 23, but no arrests were made against the three men until 36 hours after the video of the crime leaked online in May and caused widespread outrage. The McMichaels were taken into custody just days after the video leaked online, and Bryan was later taken into custody when it was revealed that he was a part of the crime and was not filming the interaction out of concern for Arbery.

This is a developing story.