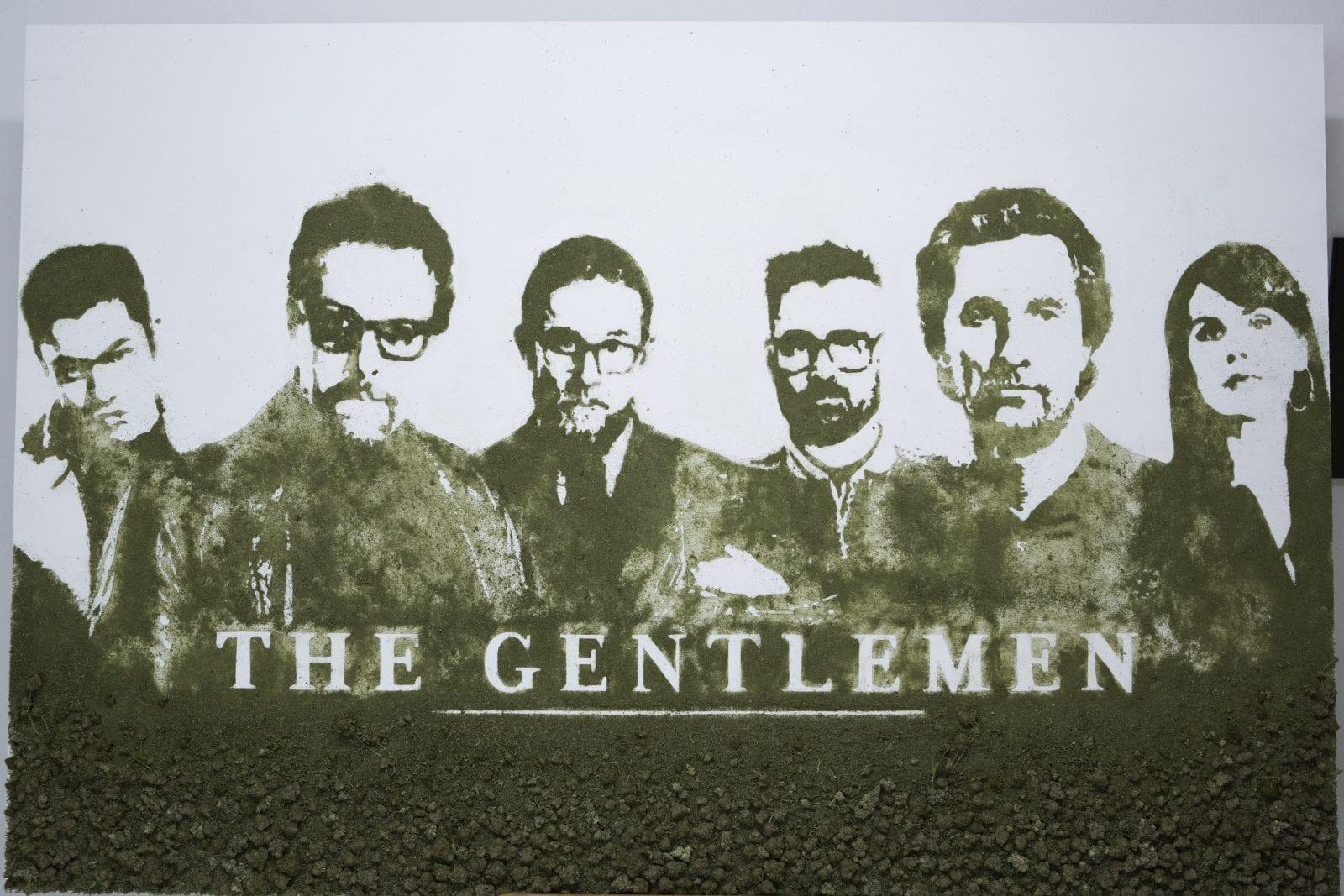 The first ever weed poster for a movie is now completed. Breakout the champagne, balloons, and music, because obviously, this landmark occasion calls for a celebration. To promote Guy Ritchie’s latest crime movie, The Gentlemen, STX Entertainment commissioned artist Zach Fernandez (aka Jesushands) to make an original poster of the cast using cannabis. Ever wanted to see Hugh Grant painted with marijuana like I did? Well, today’s your day.

To provide some context for why on Earth a cannabis poster was created — although, the real question is, why not? — Matthew McConaughey plays a major American weed dealer in the movie. He’s looking to sell his pot empire and get out of the game, but as it goes in most crime movies, entering the game is easier than leaving. It’s a very weed-friendly crime movie, with the kind of laughs and pontificating expected from a stoner movie. So, a weed poster is on brand for The Gentlemen.

Here’s a behind-the-scenes video of Fernandez creating the poster:

Fernandez was the man behind the “Hollyweed” sign. On New Year’s Day 2017, the artist changed the iconic Hollywood to “Hollyweed.” Anyone with a sense of humor was very amused by the grand sight of it. A very artful prank by Hernandez that Hollywood history won’t forget anytime soon. Perhaps it was a bit of a promotional move, too, because the artist launched his own cannabis brand, Hollyweed by Jesushands, not long after. It has a nice ring to it, doesn’t it?

Fernandez calls his art “pot art,” seen often at art shows and installations around Los Angeles. On top of all those accomplishments, he’s been producing music for over 15 years. As for his Gentlemen poster, it’s an odd but new marketing piece of marketing. 10-15 years ago, a studio probably wouldn’t have done such a thing for a major release, but it’s a new age we’re living in, thank God. Fernandez did an exceptional job capturing all the actors’ likeness and the movie’s tone. It’s a very poppy movie, so the pot art is fitting.

The movie is director Guy Ritchie’s return to the crime genre, which is where he made a name for himself with Snatch and Lock, Stock and Two Smoking Barrels. The Gentlemen is a welcomed addition to his body of work. It’s clever; Hugh Grant plays a wonderful sleaze, and Ritchie’s dialogue remains a pleasure to the ears. It just crackles. Despite how quick the characters and scenarios are, it’s not a fast movie by any means. If it has one serious problem, the pacing and plotting is a little too lax. There’s not much propulsion, but there is fun. Ritchie is doing what he knows best, plus his voice and style have only sharpened throughout the years. Thankfully, we won’t have to wait long for another crime movie from Ritchie. He just shot another genre pic with his former muse Jason Statham.

From writer/director Guy Ritchie comes THE GENTLEMEN, a star-studded sophisticated action comedy. THE GENTLEMEN follows American expat Mickey Pearson (Matthew McConaughey) who built a highly profitable marijuana empire in London. When word gets out that he’s looking to cash out of the business forever it triggers plots, schemes, bribery and blackmail in an attempt to steal his domain out from under him (featuring an all-star ensemble cast including Charlie Hunnam, Henry Golding, Michelle Dockery, Jeremy Strong, Eddie Marsan, Colin Farrell, and Hugh Grant).
The Gentlemen is now in theaters

Published in Cannabis and Entertainment