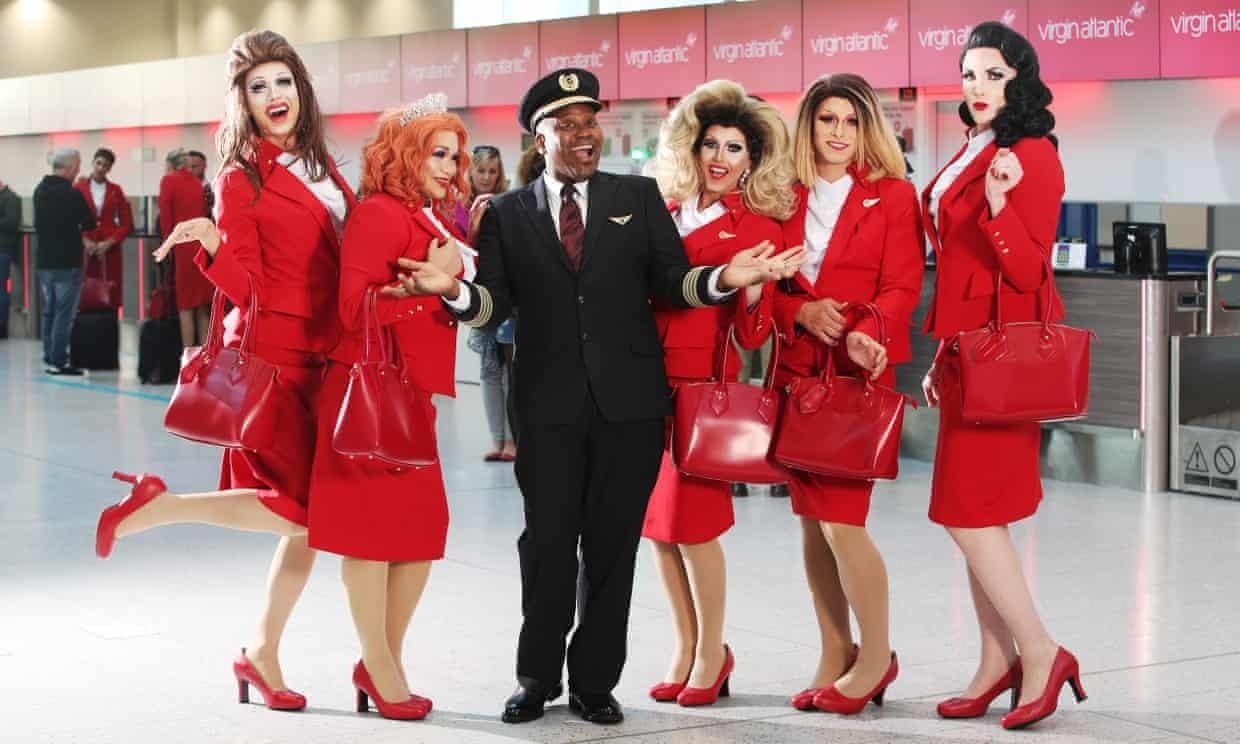 All Aboard Virgin Atlantic’s ‘Pride’ Flight

To commemorate the 50th anniversary of the Stonewall riots, Virgin Atlantic decided to do something extra special to show it’s support for the LGBTQ community. The airline will send its first ever ‘Pride’ flight on a trip from London’s Heathrow Airport overseas to New Jersey’s Newark Airport on June 28 to commemorate 50 years since the Stonewall riots took place in New York, launching Pride month as we know it today. The flight will be hosted by Netflix’s own Titus Burgess, who many know as the actor who starred in Unbreakable Kimmy Schmidt throughout its run on the streaming platform.

In true Pride fashion, the flight will be especially packed with activities and entertainment reminiscent of a night on Christopher Street itself. Burgess, who is also a Broadway actor, will be hosting the flight which will have a live DJ, a Judy Garland sing along, drag queen bingo, speed dating sessions, and other live performances from drag queens and other iconic LGBTQ entertainers. The one-way flight will also include package options for those who wish to make a trip out of the event to visit New York during its annual Pride celebrations. This may not be the first airline to do something special for Pride, but it sure is the first airline to pull out all the stops when it comes to honoring its LGBTQ customers and workers. The flight will be staffed completely by LGBTQ pilots and flight attendants. Virgin Atlantic partnered with NYC & Company and the Alliance for Downtown New York on the Pride flight celebration.

“We’re not the type of company to mark an occasion like this half-heartedly: we’re going to be pulling out all the stops,” said the Vice President and LGBTQ Lead for the company, Mark Anderson. “We take our commitments to diversity and inclusion seriously, but you can rest assured we have a lot of fun along the way,” said Anderson to The Guardian when it announced the flight last fall. Virgin has been a longtime supporter of Pride events around the world and marches annually at the Pride parade in London. This year, the company wanted to take its support for the LGBTQ community international. What better place to do that than New York, the city that pioneered the events of Pride in the first place in 1969.

What is now an annual month of celebration wasn’t always so cheerful. The roots of the Pride celebrations and parade are to commemorate the Stonewall riots of 1969. The riots protested anti-gay legislature in the 1950’s and ’60s and took place at the Stonewall Inn, a prominent gay bar that’s been around for decades now as a sanctuary for openly gay people in the community. What started as a protest quickly grew into a riot, as the police retaliated against the protestors. The next yea the first ever Pride marches were organized to honor the riots that took place the year before. Cities across America came together in solidarity to honor openly gay citizens despite the unjust legal system at the time.

Today, the Stonewall Inn still stands as a world-famous gay bar in New York’s Greenwich Village. Pride celebrations begin on June 1st around the country, but the first annual Pride flight won’t take place until the 28 to celebrate the 50th anniversary of the Stonewall Uprising.