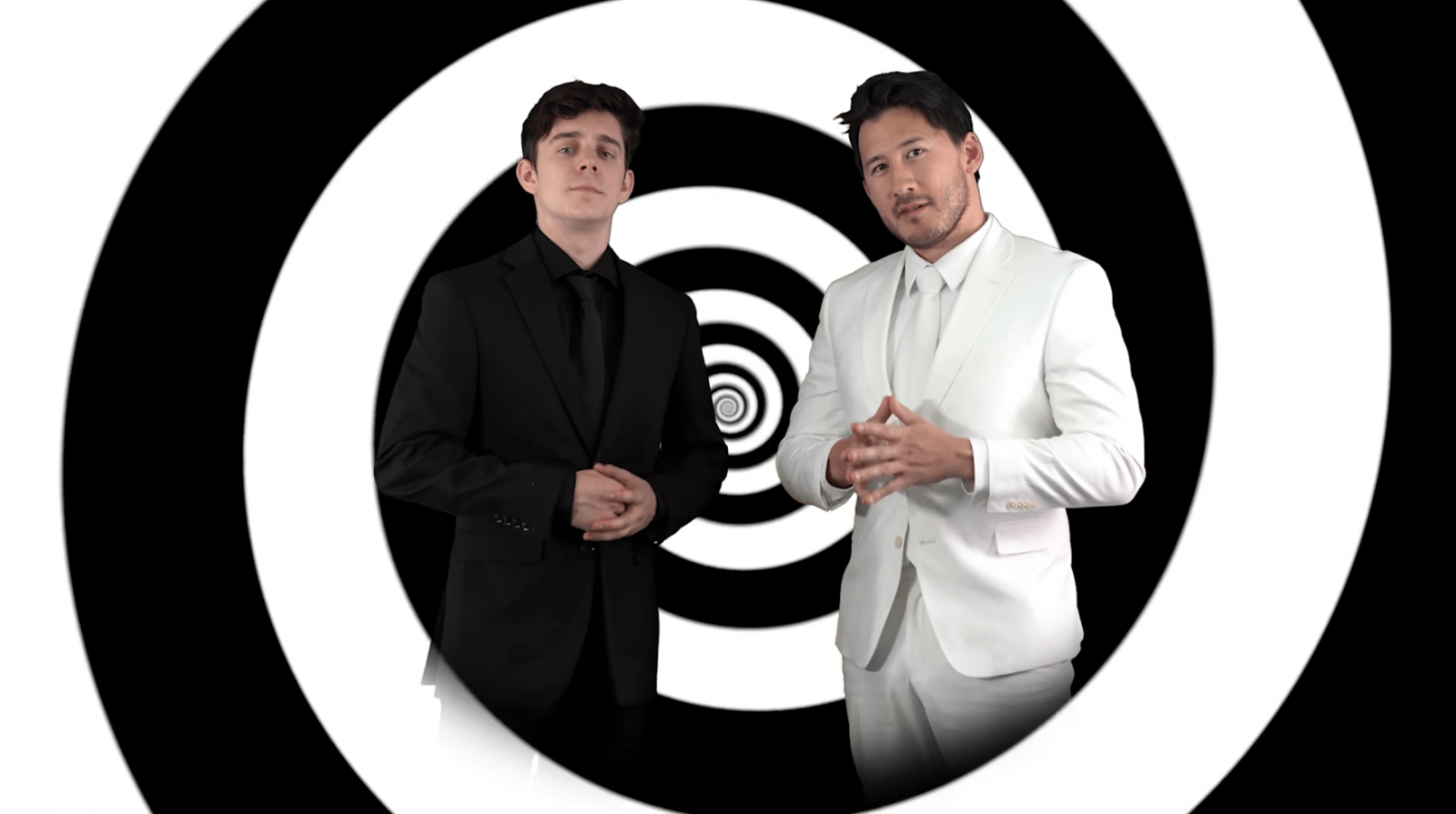 Unus Annus. One year. When I saw these words on my YouTube home page one year ago, I had no idea what to expect. Two of my favorite gaming YouTubers, Markiplier and CrankGameplays, coming together to make a joint channel? It almost seemed too good to be true, and in a way, it was.

What Is Unus Annus?

On November 15, 2019, the Unus Annus YouTube channel came alive with their first video, which was an introduction to the channel. It began with a timer popping up on the screen, counting down from 365 days, along with voices chanting “Unus Annus” in the background. The next scene showed Markiplier (Mark Fischbach) and CrankGameplays (Ethan Nestor-Darling) on the screen, dressed formally in white and black suits respectively.

Ethan started things off, saying that “we live our lives taking each second for granted,” with Mark asking the question, “What would you do if you knew how much time you had left?”

As they went on, the two explained that with this channel, they would upload a video every day for an entire year. However, they would upload for only that year and until the countdown runs out. After that, not only would they stop uploading, but the channel would be deleted altogether.

This was the first time that I had heard of a channel like this, where all of the hard work put into it would just disappear at the very end. Additionally, Mark and Ethan said that any fan-made content of Unus Annus would also need to be deleted and nothing should be re-uploaded, as all that should be left are the memories.

The channel’s official description states that “everything has an end” including ourselves, which sounds morbid, but it’s true. They also included a phrase that popped up every so often: Memento mori, also known as an artistic, symbolic reminder of the inevitability of death. How fitting.

Regardless of what was to come, I joined in on the ride and clicked that subscribe button without any hesitation.

Jumping into Unus Annus from the very beginning, I had no idea what to expect; Mark and Ethan’s main channels were all about gaming—give or take a few videos—so who knew what they would come up with.

As it turned out, the two of them came up with anything and everything. They kicked things off with their first official video, “Cooking with Sex Toys” and from then on, the ideas began to flow—and yes they actually did cook with sex toys.

The content of the channel has so much variety, which is part of its beauty. Every video starts off with an updated countdown, reminding you that Unus Annus will come to an end. The videos range from DIY videos of them making cheese and coffee lattes, to them receiving lessons on how to fire-breathe and dance with aerial silks. There are videos that show them eating bugs and drinking gallons of egg nog, as well as the two getting pepper sprayed just to see what it’s like. And, of course, I can’t write this article and not mention the infamous Pee Sauna video—which served as their in-person comeback following Los Angeles’s COVID-19 lockdown.

In their “Was 2020 a Bad Year for Unus Annus?” video, Mark and Ethan discussed that this channel doesn’t necessarily have some cryptic meaning behind it; the two of them were bored of making gaming content and this gave them the freedom to create anything they wanted. Additionally, they touched on how they had several video ideas that never came to life due to quarantining, but they still created content from their respective homes (85 videos to be exact) and each of them were just as entertaining.

Earlier today, the last Unus Annus video was uploaded, “The Unus Annus Annual Sleepover,” and it wasn’t until then that it finally hit me. Tomorrow, the channel disappears forever.

The sudden realization hit others as well from what I saw on Twitter.

Unus Annus truly served its purpose over the course of this last year. Mark and Ethan conquered many feats and did all they could within these last 365 days. They provided their audience with laughter and memories to last a lifetime, only we won’t be able to relive any of it after tomorrow.

On a more personal note, this channel served as a large form of comfort for me throughout this year. Quarantine and lockdown for me was particularly tough and I went through some rough patches, but whenever I felt down, I would go to YouTube and watch that day’s Unus Annus video and it was like nothing was ever wrong. Ethan and Mark provided me with so much laughter and happiness that I almost forgot that I was feeling down in the first place; that’s how much of an impact it had on me.

It also taught me about valuing life and living every moment without regret because one day, it’s all going to end. I think that lesson is important to take away, especially with everything that has happened in this year alone, so I’ll stick to that ideology for a long time.

To Mark, Ethan, Amy and the entire Unus Annus team: thank you for everything that you have put into this channel. You’ve done so much for me and so many others in this last year and I’ll forever cherish these memories—while also sporting my new Unus Annus beanie that’s coming in the mail.

Want to Check Out Unus Annus Before It’s Gone Forever?

If you haven’t heard of Unus Annus until now and you want to check the channel out, you have until tomorrow at 11:59PM PST to watch their videos while you can. A final livestream event will also take place tomorrow, Friday, November 13 at 12PM PST on the official YouTube channel, where Mark and Ethan will look back on the last year and reflect on what they have made.

Editor’s Note: This article was originally published on November 12, 2020.