Uncut Gems made its world premiere at the Telluride Film Festival in August, and recently released nationwide. In one of the most exhilarating films of the year, Adam Sandler stars as a jeweler and gambling addict. As events progress, he must win back an expensive gem he purchased in order to pay off his debts.

Watch It: If you enjoy crime thrillers and a hybrid of electronic, ambient, and experimental music in affecting fashion. It’s also preferable if you can handle an ample dose of anxiety.

Skip It: If you prefer crime comedies or mysteries over crime thrillers, and a violence-free, stress-free affair.

After the critical success of Good Time, filmmakers Joshua and Benjamin Safdie have composed a subsequent success with Uncut Gems. Nominated for four Critics’ Choice Awards, the Safdie Brothers are in complete control of the anxiety-inducing tone that runs throughout. It’s such a suffocating tone that it leaves one with a sense of shock, questioning, and relief.

Before reaching such states, however, it’s Adam Sandler in the lead role with the heavy lifting. Though some will know of his string of mediocre comedies, venturing into the dramatic territory is nothing new for Sandler. Punch-Drunk Love and Reign Over Me, among others, revealed the former SNL comedian as an artist for audiences to reckon with.

Even in rare instances where Sandler struggles to deliver the required pathos, he gives the performance his all. In fact, Sandler gives one of the best lead performances of the year. It’s the actor himself who “threatened” to make a movie that’s “so bad” if he doesn’t garner an Oscar nomination!

Related: Daniel Day-Leiws is a Fan of ‘Uncut Gems‘

The film is also another display of what Sandler can accomplish when given strong source material. The Safdie Brothers wrote the script, along with Ronald Bronstein, a prominent collaborator with them in the past. Along with fine direction, the screenplay bears conflict in every scene, the most fundamental and necessary element to any script. Because of such conflict, Sandler’s character continually faces decisions that takes him down a less traveled path.

Not everyone who stars in this thriller, however, quite matches Sandler’s ambition. Julia Fox stars with a big task, but delivers emotion and action that is intrusive at times. Lakeith Stanfield, Idina Menzel, and yes, Kevin Garnett, however, give excellent performances that thread well together.

Additionally, composer Daniel Lopatin has landed an original score that takes Uncut Gems to an epic scale. It contains ambience, mystery, and a sense of wonder. That all sounds great. But these traits also match the wonder and mystery that surrounds the opal that Sandler’s character needs to retrieve.

Uncut Gems gets a recommendation from me without reserve. It will cater to those interested in seeing how Adam Sandler does in his latest dramatic role. To finish out the decade, it will also interest anyone looking for a superb crime thriller.

Uncut Gems is not a flawless film. Many audiences have not been all too welcoming. Some of the performances do weaken it. Nonetheless, Uncut Gems incorporates outstanding direction, a harmonizing score, and a consistent and gritty tone. It’s also one of the finest outings by Adam Sandler of his career. 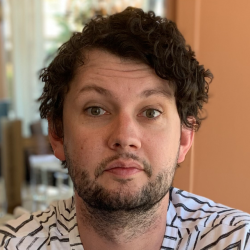