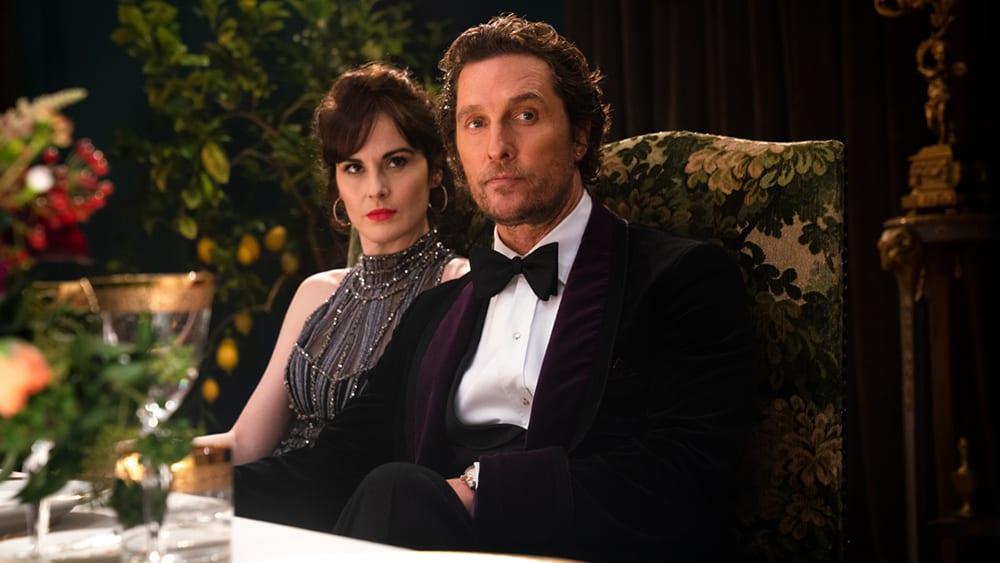 An All-Star Cast is Not Enough for The Gentlemen

Last year, director Guy Ritchie took on Disney’s live-action adaptation of Aladdin. With the strong supervision that takes place within the Mickey Mouse club, little of Guy Ritchie came through the film. And many enjoyed it, as it became a huge blockbuster. Now, with The Gentlemen, Ritchie returns to form as both writer and director in this action crime film. Some may wish he would do more Disney-esque adaptations.

Watch It: If you’ve traditionally enjoyed Guy Ritchie’s style, or are interested in a fun soundtrack with an all-star cast.

Skip It: If you want a more PG-13 action film, and struggle to catch large amounts of dialogue.

Technically a 2019 film, The Gentlemen snuck up on audiences this month with the stealth of a hidden bodyguard. Marketing didn’t seem paramount for a January release, even if the film contains a well-executed all-star cast. Led by the slick and poised Matthew McConaughey, the film also stars Charlie Hunnam, Henry Golding, Michelle Dockery, Colin Farrell, and Hugh Grant. Whatever flaws the film contains, each of these actors elevates what otherwise is somewhat disappointing.

With any Ritchie film he has large control over, it’s clear that he loves the written word. There are moments throughout that really shine in terms of poetic dialogue. That and there are some noteworthy twists and turns many won’t see coming. The Gentlemen plays, in some ways, as though Ritchie is a novelist living in a film director’s body. One of his characters even has a screenplay in the film. He ends up using the script to tell parts of the story!

The flip side to this love of writing is that it doesn’t translate well to the big screen. There is extensive dialogue that is hard to keep up with. The spoken and verbalized plot becomes confusing as we follow different threads with so many characters as puzzle pieces. We even hear from Hugh Grant’s character, so there’s no confusion that Matthew McConaughey’s character is the “protagonist.” Sadly, it’s still confusing.

In addition, the tone that comes through The Gentlemen is just as macho as any Michael Bay movie. The difference, of course, is that rather than seeing large robots and explosions, we get waistcoasts, suit jackets and racy language. The knight in shining armor arrives in the knick of time, after a good dose of drugs, violence and arrogance. The alpha male sentiment clearly bleeds through.

Along with a great cast, one positive element involves Christopher Benstead. Benstead won an Academy Award for Sound Mixing for the technical masterpiece, Gravity, and is the composer for this film. Benstead offers a great score that resonates with the tense but underground tone of the story. In the end, it’s the soundtrack and score that make for one of the big successes of the film.

The Gentlemen doesn’t quite get a recommendation for the general audience. It delivers a story that’s jumbled, filled with too much telling and not enough showing. It contains an all-star cast that is used for mere amusement. Die hards of Guy Ritchie may enjoy his latest, nearly as much as his films in the beginning. Surely, Snatch placed him on the cinematic map. For the rest of us, however, The Gentlemen doesn’t quite earn its price of admission.