The Link Between Toxic Foods and Behavioral Issues in Children

One of the biggest challenges parents face with children is dealing with tantrums or meltdowns. Not only is it hard to manage emotional outbursts while they’re happening, but it can also be difficult to understand why they happen and how to prevent them in the future. Behavioral issues can often be linked to a lack of sleep, hunger, or discomfort. Other times the causes are not so apparent. One area that many parents often overlook when dealing with behavioral issues is diet and nutrition.

Is it possible that the foods we eat are causing or at least contributing to some of the behavior struggles we face with our kids? It’s a well-known fact that sugar can cause hyperactivity, so many parents try to limit their children’s sugar intake. But sugar may not be the only culprit. Science suggests that there are in fact certain ingredients that may modify brain activity and even trigger symptoms of behavioral disorders such as ADHD.

Nutrition for Change for Behavioral Issues

Dana Kay is a board-certified holistic health and nutrition practitioner and CEO of ADHD Thrive Institute, an online program that helps parents of children with ADHD identify common triggers and implement natural strategies to deal with the symptoms. Kay is a strong proponent of replacing toxic foods with wholesome ingredients to help manage and mitigate behavioral issues ranging from full-blown meltdowns to aggression, depression, lack of focus, and anxiety.

Kay has seen firsthand the effects that dietary changes can have on children with behavioral issues. When Kay’s son was just five years old, he was diagnosed with ADHD. Like most other parents faced with that situation, Kay took her pediatrician’s advice and tried medication. At first,  it seemed to be working, but then her son became more anxious, unable to sleep, and was having daily meltdowns.

As Kay watched her son struggle despite increasing dosages, she began to question whether there were other solutions. Her research led her to adopt a holistic, all-natural lifestyle that included a complete dietary overhaul, and it was only then that she began to see significant results. Since then, Kay has dedicated her life to obtaining degrees and certifications so that she can help other families heal holistically with nutrition.

“A few years back, I read an interesting article that was published right after a terrible school shooting,” Kay says. “This article suggested a possible link between the foods we eat and the dramatic increase in violence in children and young adults. Now, I’m not suggesting that if you feed your child french fries, pizza, or soda that he or she will turn into a violent, angry young person. But I am suggesting that the toxic foods we eat are contributing to some of the behaviors we see in our kids.”

Did you know that there are chemicals allowed in the American food and drink industry that other countries have banned? Take a quick peek at the backs of many packaged goods and you’ll likely find artificial flavors and colors, preservatives, emulsifiers, high fructose corn syrup, hydrogenated vegetable oil, and glyphosate in many of them. These man-made ‘ingredients’ that are unfortunately found in many popular ‘kid’ foods are causing so many issues in our bodies and minds. Take food dyes, for example. These dyes are linked to ADHD, allergies, anxiety, and asthma. And yet, these foods are allowed by the FDA and sometimes even offered as a ‘healthy’ option on lunch trays at schools across the country. We are poisoning ourselves and our children and don’t even realize it.

There have been numerous studies that suggest there is a direct link between food additives and hyperactivity as well as ADHD symptoms in children. In fact, one study in the UK was so compelling that it prompted the UK Food Standard Agency to push food manufacturers to remove specific artificial colors from food marketed to children.

Food additives can be found in a wide variety of food and drinks, including places where you would least expect them. Some obvious choices to avoid include candy, brightly colored cereals, soda, and energy drinks. Less obvious choices include salad dressings, condiments, sandwich meats, and yogurt. Low-fat foods in particular tend to be laden with additives.

Cutting out harmful additives is one tactic to try and alleviate behavioral issues in children. However, maintaining a healthy diet is also essential. Kay explains, “Diet is the foundation of everything we do. If our diet isn’t good, we can never function at our best. It’s like when you’re building a house. If the foundation isn’t solid, the house will fall down, and the same is true for ourselves and our children.

“A lot of people don’t realize that there is a huge connection between our gut health and brain health. 95% of our serotonin and 50% of our dopamine is made in our guts. These neurotransmitters are our feel-good hormones that help us manage emotions and maintain mood balance.”

When counseling families, one of the first things Kay discusses is diet and food because this can be a hidden trigger for children who struggle with regulating their emotions. Some children may have food sensitivities or allergies that cause inflammation in the body and affect their gut health, which in turn may be affecting the way they behave.

“I encourage families to remove some of the most common inflammatory foods from their diet and replace them with healthy alternatives and more whole foods,” says Kay. “You can begin by cutting out the three most inflammatory foods: gluten, dairy, and soy.” Other common allergens include fish, nuts, and eggs.

This method of removing certain foods for short periods of time is called the elimination diet, and it can be a highly beneficial tool for families who have children with ADHD or other behavioral disorders. By removing some foods for the short-term and then reintroducing them, parents can get a better understanding of whether certain foods are causing children distress and adjust accordingly.

“I understand that the elimination diet can be overwhelming,” says Kay. “I always tell my clients that Rome was not built in a day. You do not need to cut everything out all at once. Begin by changing breakfast, then move on to snacks, then lunch, and then dinner. Or whatever works best for you and your family. The important thing is to go slow and take small sequential steps to make it easy, doable, and sustainable.” 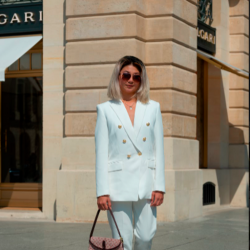