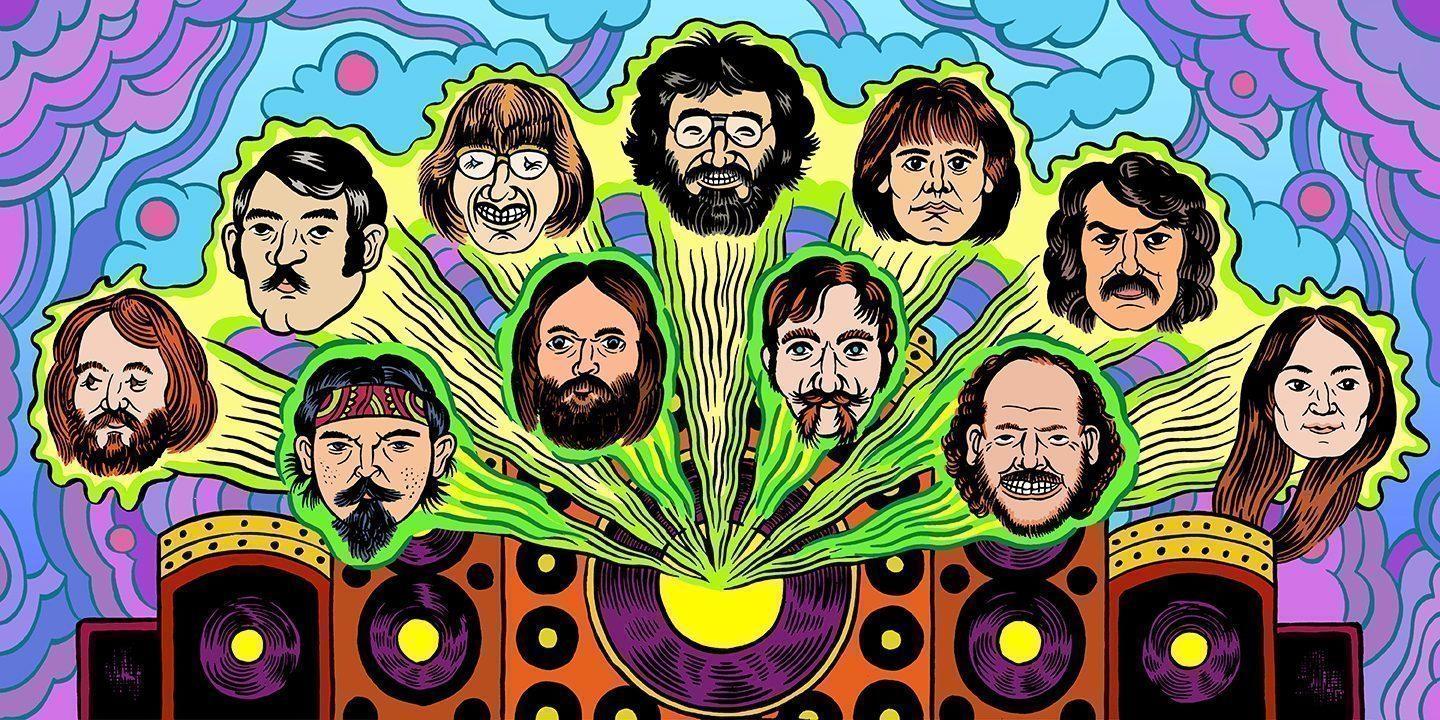 The Grateful Dead Have Found a Way to Immortality, Through the Digital Age While Ignoring Traditional IP Protections…But Why?

“Their kindness taught kindness. And it has lasted and grown larger.” The Grateful Dead have penetrated the digital age in a way no other rock music group has, thanks to the countless “deadheads” whom have danced their way into the modern era.

For those unfamiliar with the term, “deadheads” encompass multi-generational fans of The Grateful Dead, but also original Dead groupies exposing the new eyes of the world, while the youth thirst for saving the specialty.

Some fans experienced guitarist and vocalist, Jerry Garcia (August 1, 1942-August 9, 1995) and still talking about Garcia in colorful detail, while others have felt the music with only the legendary band members still intertwining the sound of the world.

Altering the Psychology of Music in Today’s Digital Age

Technologically, pharmaceutically, and capitalistically, the Dead have altered the psychology of music and the fans are creating and stamping it deeper through the lasting effects. Songwriter Bobby Weir, 72, continues to utilize social media allowing his fans enjoy an environment online.

Live streaming the shows with email reminders while on tour for free, for at least the openers sometimes two songs, give fans a connection to it all. The shakedown web portals include Weir participating in his own burly, colorful, inspirational manner.

Bar Mitzvah photos of drummer and percussionist, Mickey Hart, 76, are treasures seen only through a schematic like the internet, keeping fans in awe of Hart’s drumming and canvas art created just yesterday.

And it is all inspired by the Dead members’, long ago choice to let others record their music. Their kindness taught kindness. And it has lasted and grown larger. They are kind in nature, playing songs about smiling, trees, birds, love while pleasuring others with the sense of sound. The poetry tells of being the song that the morning brings. The rhythm is a freedom to groove with a wave.

Going down the road… the deadheads have connected to each other through the power of social media and Facebook groups, including, but not limited to Deadhead Women United, Mamas Trying, Dead and Company Tour, Mickey Hart, and Jewish Deadheads.

Twitter and Reddit’s “Accidental Stealie” and John Mayer are beyond dead. Yet, the symbolism and art of the Dead & Co. posters travel within digital portability. It is trippy, as the Dead always bring so colorfully. Recently, there was a spelling error on a Dead & Co. show poster — perhaps that error will become symbolically infamous.

Using the Trademark and Logo

Shakedown Street makes its presence known and access is now at the fingertips. Online, the fans can watch artists paint a Jerry face on the back of a jean jacket and have it sent home for the next show.

Photographers share their historical prints giving of captures of musical genius, to Deadhead fan pages, in hopes to place art in the round rooms.

Pins are available on Etsy and web shops as well and have a happy essence about them. Happy fucking pins, mini pieces of art. The youth get the pins. At shows, they are wearing corduroy bucket hats laced with pins from their shows on their path to knowing the Dead. Special something in a pin.

Something like a bird… Dead members are continually sharing the stages with new players. The dynamic sounds of a song, never played the same, is tremendously filling. The body feels freedoms with the happy familiar, yet unfamiliar essence. It is historical and brand new at the same time. The expectation from the fans is high, allowing the heart to be open to new humans, a new voice and energy, causes pause and a forced time to be kind.

Seems younger energy vocalists and guitarists allows “the other ones” to play high savvy capacity. Seems it is all a gift. There is to be respect given, that the band brilliance would only share Dead energy with good people.

Appreciation for live beating and strumming and breath within the lyrics is the only choice.

The Women are Smarter… the female fan base is utilizing the techno and electronic dance music scene to support each other and help combat sexual harassment at shows.

Female only Deadhead Facebook groups provide opportunity for sharing and asking for love, selling of art wares and being a source of light. A support system that is surface, yet deep, and available, yet filled with space. Words of thought provoking energy messaged to each other. Blossoms blooming…

Further, Dead & Co. and Hyryder have offered fans a step into the grateful circus where kindness and giving is demanded. The fans share with each other. New to the scene is the simple “sticker.”

Free stickers shared by many often sent along with online purchases. While it used to be yummy-yummy grilled cheese sandwiches, it is now “FREE STICKERS!!!” handed out to one another. They love each other, you can see that it’s true. Yes, the Dead were the band willing to partake in hallucinogenic elements, expanding minds before there was talk of legalized psilocybin. Sober heads have group pages too. I am rambling on…

However you take this, there can be no question The Grateful Dead have found a way to immortalize themselves in today’s digital age— living through today’s technology and digital advancements keeping the Dead…alive.

Shari Jacobs, RD, MS is a contributor at Grit Daily News. Based in Dayton, Ohio, she is a life long "deadhead," having learned to love instrumental sound and dance through seeing Jerry, over and over. She is also a nutrition professional, researcher and educator. As the American liaison for StartUp Roots, she develops and implements microgreen hydroponic nutrition and farming programs in primary education systems that are digitally and internationally connected to similar projects around the world.  She talks endlessly about food and spices and the advances in indoor agricultural systems. While listening to the Dead, she’ll ask about what you had for lunch today. She writes about it at naughtyfoodfight.com.