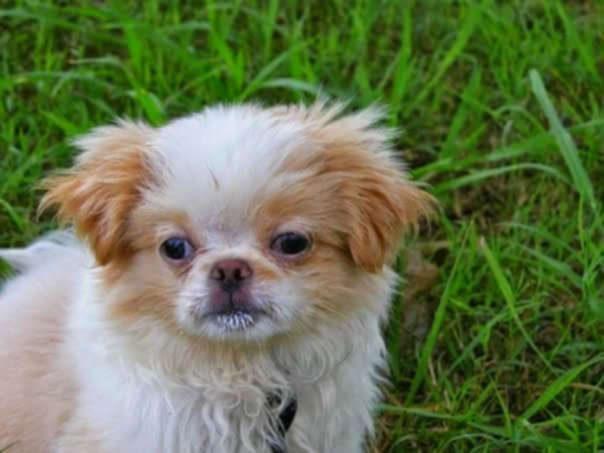 When Colleen Nolan had to go out of town for a business trip last May the Atlanta resident worried who would watch her beloved dog, Mooshu.

The 12-year-old Japanese Chin could not see and needed extra care.

Nolan turned to the Rover app. She told Grit Daily she found a local dog sitter whose profile indicated they had experience caring for special need pooches.

When Nolan spoke to the caretaker, she said she gave her very specific instructions: Mooshu was not to leave her home. “He was blind. He knows how many steps there are in my house. He knew where his couch was,” Nolan said. “I had everything perfectly placed for him.”

Nolan had used the Rover app before and had good experiences, so she hoped for the best and left for her trip.

But while Nolan was traveling, she said she received a panicked sounding message from the sitter. “I got a text saying, ‘Emergency 911. Call ASAP.'”

“The sitter told me, ‘Mooshu fell off my porch,’” Nolan said. “I was like, ‘What do you mean your porch? I paid for in-home sitting, in no way shape or form was he supposed to leave my house.’”

Nolan said as she asked more questions the situation went from bad to total nightmare.

Nolan said she could not believe what she was hearing. “I screamed at her, ‘The dog needs help! I need you to leave and drive as quickly as you can to the hospital,'” she said.

Nolan asked the sitter to let Mooshu listen to her voice over the speaker phone. “I said, ‘I love you with my whole heart and whole soul,’” she said. “‘I’ll love you forever and forever. I need you to be strong.’”

The caretaker told Nolan that Mooshu tried to jump up to get to the phone. “It ripped my heart in two,” Nolan said.

By the time the sitter got Mooshu to an animal hospital Nolan said the vet called with horrible news: The hospital staff tried everything to save the dog, but he passed away.

“The words did not compute. I literally could not believe this was happening,” she said. “I couldn’t be there to see him and comfort him, that was the hardest thing.”

Nolan said his caretaker left the vet’s office without paying the bill, and she never spoke to her again– but she did call Rover app’s customer service.

The company, Nolan said, told her it would investigate and offered to pay for the vet bills, cremation, and the cost of a new dog. Rover made the deal contingent on her signing a confidentiality agreement.

Nolan said she refused and decided instead to tell others Mooshu’s tragic story.

The company emailed saying, “We were deeply saddened by Mooshu’s passing and quickly removed the dog sitter from our platform. We work hard to build safety into our platform and appreciate the trust that dog owners place in us.”

Dog walking and pet sitting is a booming business nationwide. Some cities require licensing or registration, but in other communities, anyone can open up shop and call themselves a pet caregiver.

Popular pet apps Rover and Wag! say they background check and screen dog walkers and caretakers so animal owners just have to tap on their apps and click for on-demand walks and scheduled services.

But we found dozens of complaints from pet owners claiming using caregivers featured on the apps did not turn out how they expected.

Some owners claim their pets were killed, injured, neglected and starved while under the care of a sitter they found listed on the Rover app.

One gripe, filed by a pet owner last month, said her dogs were left home alone for 12 hours and, “On the last day of our trip, we arrive home to spastic, itching dogs, a destroyed couch and the sitter and our house key nowhere to be found.”

When that pet owner asked Rover to pay for the damages, the company responded to the complaint by saying, “Damage to property caused by an owner’s pet is not eligible for coverage through the Rover guarantee.” Rover did refund that owner for the cost of the pet sitter.

Another complaint read: “We received a text… stating our dog had “escaped.” That owner alleges the sitter said she would file a missing dog report with the police, but when the owner followed up that was never done.

Rover responded to that pet owner by saying it was saddened to hear of the situation and reminded them that, “Each sitter on Rover is a small business owner that list their services on the platform.”

In its statement to Grit Daily, Rover wanted to provide some context:

“More than 1.3 million pet owners have used our service to book care, and last year, sitters on our platform spent more than 160 million hours with dogs. Our sitters and walkers are the highest-rated in North America; 97 percent have earned a five-star rating, based on more than two million pet owner reviews.”

Rover pointed out despite the 70 complaints on file with the BBB they remain an accredited business with an A plus rating, “We pay careful attention to any concerns raised by our users and have attempted to resolve any complaints directly with the individuals.”

When you check out Wag! on the BBB’s site there are 44 complaints on file and two consumer alerts listed for the company which has a rating of “F.”

The BBB is investigating what it calls, in bold red letters, a “Pattern of Complaints” and an “Ad Review.”

The BBB wrote, “consumers allege that items have gone missing from their homes after using the Wag app to walk their dog(s).”

And the BBB also asked Wag! to substantiate claims advertised on the company’s website that all walkers are rigorously screened with a background check.

The company responded to the BBB’s alerts by saying, “Prior to being activated, a walker using the Wag! platform goes through a robust vetting process. This includes an application and verification process, a third-party background check, and two online tests covering dog safety and handling knowledge that each applicant must pass to be approved to connect with pet parents through our platform.”

The BBB’s website says it is still in communications with Wag! about substantiating its advertising.

Grit Daily contacted Wag! about the BBB’s concerns. It said the company, “Was built on the core principles of trust and safety for pets, pet parents, pet care providers, and the cities we serve. We’re committed to constantly reviewing and improving our service to ensure we provide the support, protection, and peace of mind that our community expects and deserves.”

Wag! also said it’s been working to address the concerns of its customers. “We’re pleased to report that the status of some complaints has already been addressed, and we continue to address others. We’ve also reviewed our walker vetting process with the Bureau. We look forward to continuing our work with them so that our commitment to trust and safety is recognized by the Bureau and soon reflected on their site.”

Tips on finding a pet caretaker

Experts say before you allow someone to care for your pet, be sure to meet with them in person to see how they interact with your dog or cat.

The National Association of Professional Pet Sitters, which offers certifications for animal caretakers, has a list of recommendations on how to find a good caregiver.

The organization says to make sure any pet sitter you hire has insurance, or is bonded, and ask detailed questions when you interview candidates. Also ask for references and get thorough information.

Most of all, trust your gut. If you don’t get a good feeling, move on.

Nolan urges pet owners to carefully check out caretakers and said she will be haunted by her experience for the rest of her life. “This woman robbed me of being able to comfort him during his death. I’m sure he was absolutely terrified,” she said. “I don’t want any more dogs to die.”