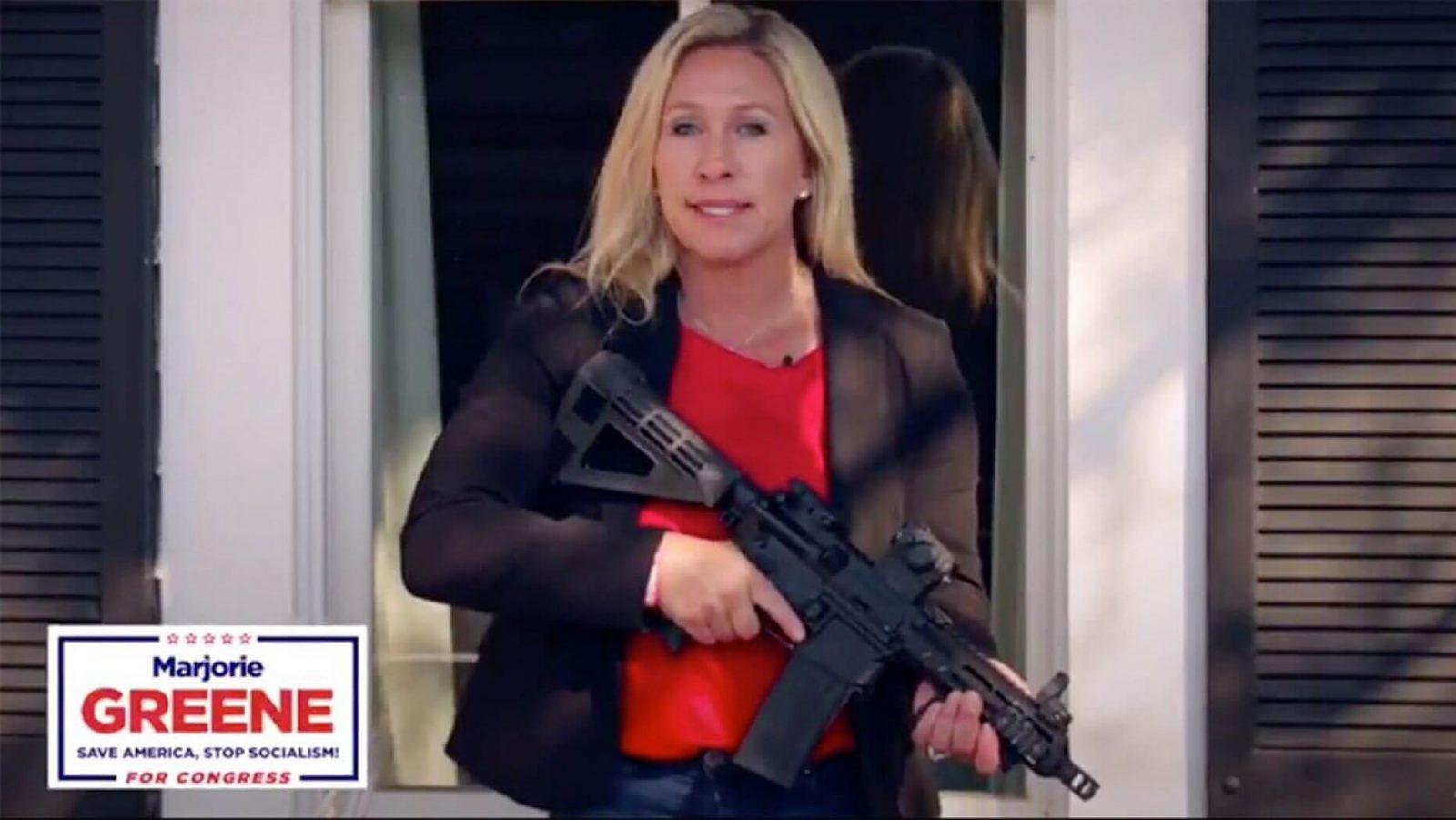 President Trump congratulated the primary election win of Marjorie Taylor Greene in Georgia’s 14th Congressional District on Wednesday. The right-wing candidate, rife with controversies surrounding her open support of the QAnon conspiracy theory, openly backs the popular conspiracy theory QAnon and used its message to promote her campaign. Greene is also one of several politicians to have posed for photos with Chester Doles, a former Ku Klux Klan leader in the Georgia area that was imprisoned for beating a Black man.

Greene ran on a platform of “Save America, Stop Socialism!” throughout her campaign, and was condemned by several House Republican leaders after she shared anti-Muslim sentiments on social media during her campaign.

In one video that was amplified by Politico earlier this year, Greene can be seen describing Muslim politicians in the United States as being part of an “Islamic invasion into our government offices.” The video, which was first published to her Facebook page, though it doesn’t specify if they predate her Congressional run. “This is a place where the men over there can have sex with anybody they want. They can have sex with little boys, little girls,” Greene says in the video referring to Muslim men in the Middle East.

Several House Republicans that spoke up against Greene after the videos surfaced expressed support for John Cowan, the neurosurgeon opponent that ran against Greene in the primary election. Greene’s win in the primary signals a likely win in November as Georgia’s 14th district represents one of the safest red parts of the United States. The district represents the area to the Northwest of Atlanta, encompassing an area with a population of over 80% white people.

Greene has openly expressed support for the QAnon conspiracy theory, a popular but unfounded belief that the world’s elite are part of a pedophile ring they they refer to as the “cabal.” The theory promotes several other one-off conspiracies, which Greene has also expressed support for in the past, that billionaires like George Soros—a holocaust survivor—secretly collaborated with the Nazi Party. Many critics have declared the theory as anti-semitic.