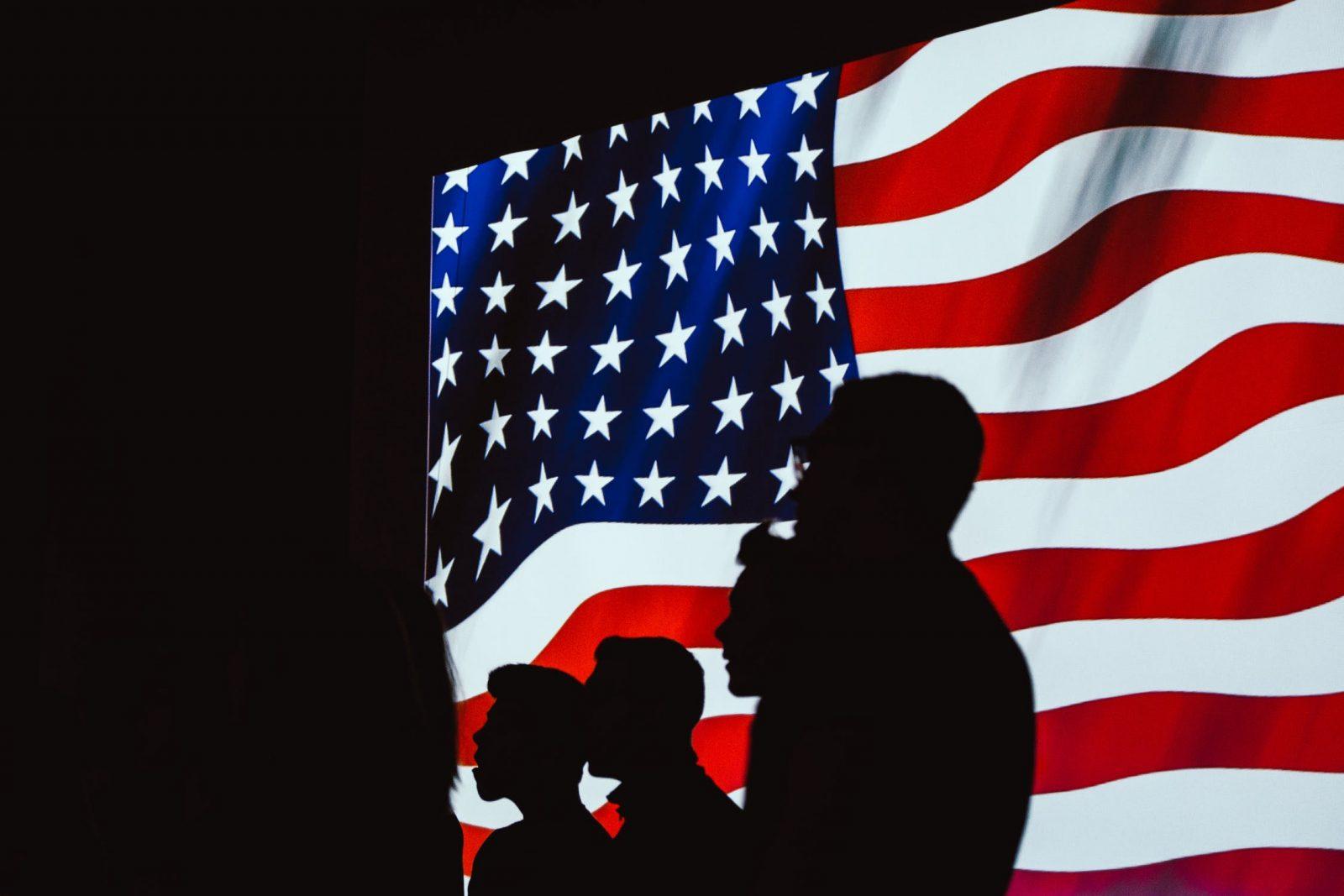 Why Is Mail-In Voting Such A Hot Debate Right Now? An Explainer

The Trump Administration has pushed back hard in recent weeks on whether or not to accomodate requests for mail-in voting programs to be rolled out in all 50 states by election day this November. The President has recently condemned voting by mail as a path to a scam that will lead to more voter fraud than ever in history—a claim that caused major controversy when Twitter got involved last month.

Currently mail-in voting is available in many states, with five states operating almost entirely by mail-in voting already (something that has proven to be successful in places like Utah, a majority red state with little wealth inequality compared to states in the South). For many, the argument for mail-in voting came during a time when the global coronavirus pandemic threatened voter safety during the Democratic primary elections, but the argument has been going on for quite some time.

In fact, the argument for mail in voting has nothing to do with the pandemic at all. Sure, new guidelines imposed on the general public by the U.S. Centers for Disease Control have only exemplified the need for mail-in voting options to appear in every state, but the crux is that mail-in voting is much more of a threat to the Trump Administration—and democracy—than meets the eye.

First lets take a look at voting demographics broken down by race.

According to CNN’s 2016 exit polls, President Trump’s voters were almost entirely white. The non-white voters that chose Trump over Clinton in 2016 were more often educated with a college degree, indicating that they likely had a higher income, but overall 89% of Black voters chose Clinton over Trump, who’s team still boasts to this day that he won 8% of the Black vote in 2016.

With those two facts in mind we can assume that Trump’s acquisition of 8% of the Black vote likely means that he managed to acquire the demographic of BIPOC voters that were educated, had a high enough income to live in a neighborhood that made voting easily accessible and have not had their voting rights stripped after being convicted of a federal crime.

That being said, only about 12% of voters that voted in the 2016 election were Black. The Pew Research Center reported that the turnout among Black voters decreased in 2016 for the first time in 20 years, but with mass incarceration still at the helm of America’s prison industrial complex, it’s likely because less Black voters are eligible to vote than ever before.

An estimated 6.1 million voters were unable to vote in 2016 due to felony disenfranchisement, which strips a person of their voting rights once they’ve been convicted of a crime on the federal level. Of that 6.1 million voters, a disproportionate amount of those lost voters were African American. Around 1 in 13 African American voters face disenfranchisement in the United States, a number that reflects four times as many lost voters than non-Black Americans that have lost their right to vote.

Of those 6.1 million voters, most of them were located around the Southern United States, where voting by mail remains a hotly debated topic in places like Georgia. Just this week Georgia faced a voting catastrophe when voters in Atlanta were forced to wait in line for hours on end due to voting booth malfunctions and a shortage of polling places in precincts with a large Black and minority population.

Voting booth malfunctions are not a new problem unique to the 2020 election, nor are they the only result of a problem that began decades ago when redlining was still legal in the United States. Banned in the 1970’s, the practice of redlining allowed for state and county officials to work with banks and lenders to determine which areas of a city were desirable to live in by mapping out neighborhoods that lenders would deem more valuable than others.

The practice of redlining began during FDR’s presidency as a way for lenders to stimulate the economy after The Great Depression through the invention of the middle class. The system allowed for more white people to purchase homes than ever before, but it made it harder for Black people to get home loans so that they could own property—which is also one of the only ways of acquiring wealth from the ground up in the United States.

When redlining was legal, it allowed for lending offices to determine property value based on where the property fell on the map, and it also allowed lenders to discriminate based on who was applying for those loans. The practice was technically banned in the 1970’s, but the effects of redlining still stand today—particularly in some of America’s most diverse cities and in neighborhoods with a disproportionate minority population. Some lenders even still operate using those same maps illegally, denying loans to African Americans based on class and neighborhood value.

Redlining is why poor neighborhoods stay poor—until the wealthy decide to gentrify.

In Georgia, for example, redlining dictates which neighborhoods are worthy of certain services and resources because a neighborhood’s resources are mostly funded by property taxes that come from the neighborhood. The banks dictate home value, just like they always have, allowing for larger, more extravagant homes to be grouped together in neighborhoods that bare the benefit of those higher property taxes. Meanwhile less valuable homes stay less valuable, leading to underfunded schools and overcrowded, exhausted resources in areas that are more often densely populated than their wealthy counterparts.

In Flint, Michigan, redlining has allowed for the ongoing Flint water crisis to effect mostly minority populations because the practice makes it hard for those living in the redlined neighborhoods to be able to move out of them. If your property is worth less than a property down the street, you’ll never be able to move from one place to the other.

Unsurprisingly, redlining also dictates which voting resources are given to specific areas, and how voting is carried out in specific precincts. In Georgia we saw the negative effects of redlining this week, when local property taxes in poor neighborhoods prevented those neighborhoods from acquiring adequate voting booths or enough voting booths to begin with.

Voters stood in line for hours at polling places in poor neighborhoods in Atlanta only to face polling stations that would malfunction, revoking their ability to vote based what would be declared a technical error—for several years in a row. Few people will directly see the line that can be drawn from redlining to voting booth malfunctions, so at the surface it seems as if no ill intent is going on. That, coupled with the fact that an anti-discrimination act called the Voting Rights Act of 1965 was struck down in 2013, led to a new problem of voter suppression after states were no longer required to prove that they were not closing polling locations as an act of racial discrimination.

Income also determines who can vote easily based on the time it takes physically to vote. While it is technically true that it is your right to be able to have the time to vote (it is your civic duty, after all), not all states require employers to give you time off to get it done. In states that do require employers to guarantee time off, that time is usually limited to just a couple of hours under the assumption that it shouldn’t take you long to vote because the act of voting itself only takes a couple of minutes—it’s the lines that take time.

Property taxes determine the allotment of resources given to certain cities and neighborhoods, so areas hit with greater poverty levels are given less resources than neighborhoods with more expensive properties and higher property taxes. Unfortunately, this problem is only exemplified by the fact that impoverished neighborhoods in urban landscapes are often more populated than their wealthy counterparts because expensive housing translates to larger properties and a less densely populated area.

All of this makes it pretty clear that minority populations are predestined to be under-represented when voting day comes around. Aside from the prison industrial complex, redlining, and the loss of the Voting Rights Act of 1965, polling places are often only open during business hours and voting days are always on a Tuesday in the United States. This makes it even harder for anyone that works during normal business hours to get the time to vote—making the act of voting itself a privilege reserved for those that can afford to do it.

In states like Georgia, employers are required to give employees up to two hours off to vote but are not required to pay them for those two hours. Voters that struggle financially are less likely to make time to vote if they know they cannot afford to do so. Even then, they’re less likely to make an effort if they know they’re going to be met with long lines at their polling place because polling locations in their area have been shuttered by politicians that decide how budgets are spent.

Theoretically mail in voting would get rid of this problem by removing the issue altogether, but the availability of mail-in voting would suddenly allow voters to easily access a system that, until now, has largely been reserved for the wealthy (and often white) Americans. For President Trump, those that benefit the most from mail-in voting are likely not voting for him, since most voters that make less than $50,000 per year voted for Clinton in 2016, and those are the voters affected the most by the aforementioned issues.