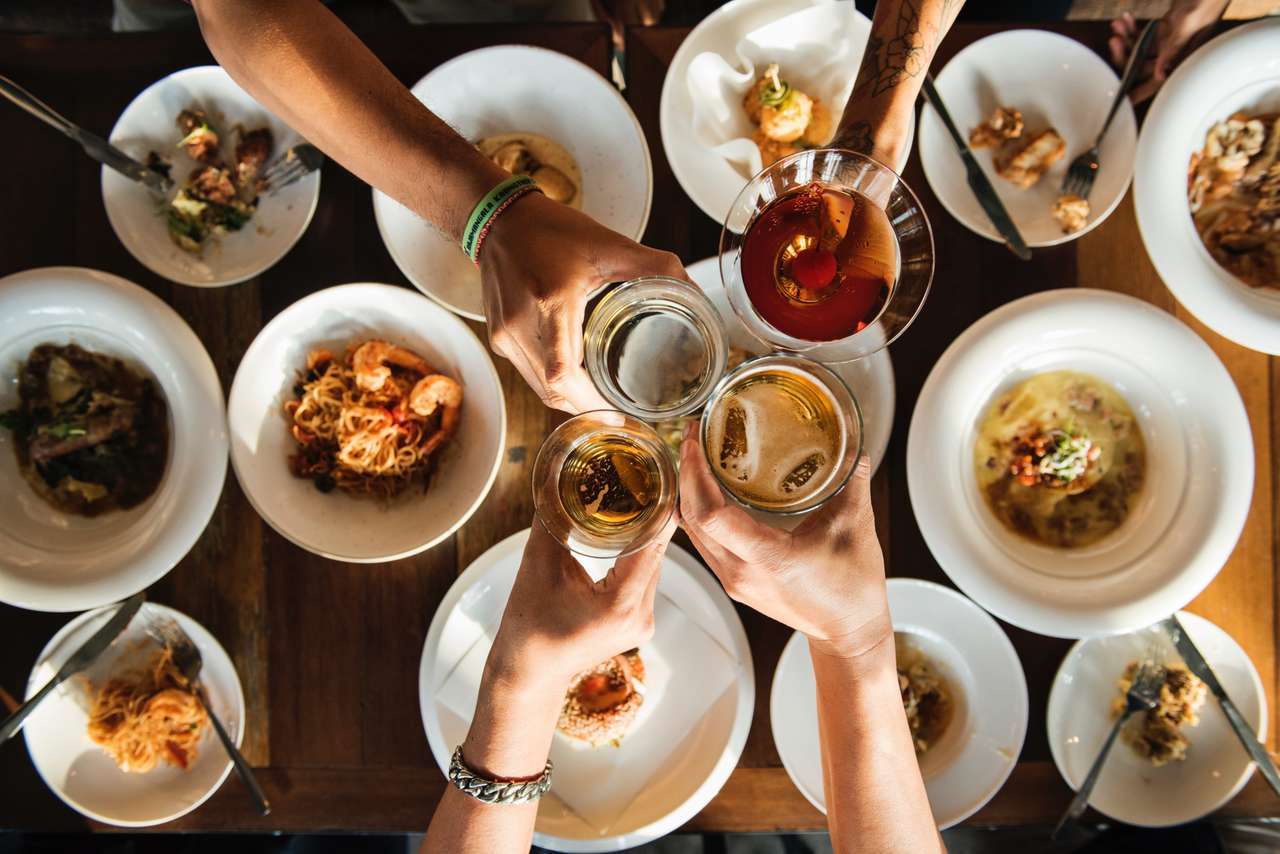 Catch yourself dining at your desk?

You’re not alone. And quite literally. At least according to Lunchpool’s cofounders, who are looking to crack the lunch meeting market. Is Lunchpool a contender for the “Tinder of lunch” or the “Tinder of midday meetings?”

Grit Daily caught up with Lunchpool cofounder, Alex Abell, to take a deeper look into how the company was founded and looks towards monetizing your lunch.

1. Your founding team has its own set of interesting backgrounds. Share those.

Our founding team were strangers before a fateful day in November when we all decided to attend the Startup Weekend event sponsored by Techstars. I pitched the idea in a quick, 1-minute pitch, having come up with the idea the previous day in anticipation of the competition.

If you’ve ever been to one of these events, it’s pretty interesting how the teams are formed. Some people brought their crews with them, but I was riding solo and after pitching, we had about 5 minutes to connect with the people that wanted to work on each idea that was pitched. The crew that randomly assembled to build our prototype in 52 hours or less was an incredible bunch with diverse backgrounds.

First, I connected with Andrzej. He is a Senior Developer from Poland with a quirky sense of humor. He was in Florida doing some traveling, and I’m exceptionally glad he chose to compete and join our team. He was also chosen by the Polish government to participate in an entrepreneurial incubator program, so he’s got both the technical and business chops to boot.

Next, there was Tom. Tom is from the UK, but is over on a student visa. He’s a strategic mastermind and has a sharp British accent to seal the deal. He presented our final pitch, but sadly couldn’t stay on the team once we converted to a business due to visa issues. We made a cardboard cutout of him we call “Cardboard Tom” to honor his memory.

The next couple of founding team members were originally part of another project called “Hello Stranger”, but they were only 2 deep and you had to have at least 3 people to form a team. We absorbed Jaime and Mike into the Lunchpool crew, and the rest is history. Mike is a developer from Jacksonville, and Jaime is a former Sales Director with a penchant for keeping our perspectives aligned.

Lastly, Gina and Rick stopped by and were in and out during the weekend event. We confusingly thought they were event mentors because of a name-tag mix-up. They are the artists and creative breath on the team that gives us a spark of “cool”.

My background is in digital analytics and marketing. I have a design background, and a passion for leadership, connecting people and big challenges. I guess that’s why we are trying to “disrupt the lunch break”, We want to show people the magic that can happen when you connect with those around you!

2. Do we really need an app for lunch? Isn’t this overkill?

I think to answer that question, I challenge you to observe the people around you during your lunch break hour. If you work in an office, take a look at people’s behavior over lunch. We’re going through what we are calling a “Desktop Dining Epidemic.” Our theory is that technology has trained us to prefer looking at screens to taking the risk of sitting face-to-face with another human. It’s not quite reached everyone, but solo desk lunches are definitely on the rise.

We had an early call with an executive from a big company who had the same concerns. “Don’t people already do this just via text or chat? Are you trying to reinvent the wheel?” We kept talking and he went on to share how his company even pays for employees meals. As they grew bigger and bigger, the company could no longer have company-wide lunches because it was a coordination nightmare. They opted for lunch-vouchers of around $8 per employees. He continued. “The employees love it, but it kind of stinks that they go off and do their own thing. They aren’t really connecting together like they used to when we were a smaller company.”

At that remark, I paused. Let his words sink in, and waited. He followed with, “Now I see the value in what you’re doing.”

The comparison I’ve been making is, “Do we really need Tinder? Can’t people just go up to someone and ask them on a date?” They certainly can, but technology can help make connecting with others easier. We want to help enable those platonic networking experiences by making it super easy for people to connect with others around them over shared interests, connections, or goals.

3. What makes lunch an opportunity for Lunchpool?

We have a t-shirt that says, “Lunch Breaks Are Sacred”. That shirt speaks volumes for our mission. Everyone is working harder and smarter, but in the middle of the day we need a break. The lunch break is a great chance to get away from your desk. It’s an opportunity to get to know the people around you beyond the board meeting or the inter-departmental email thread. Lunch is an opportunity because it’s a prime location to build and bridge the connections that companies need to succeed.

Today’s office environment is disjointed and fragmented because we don’t know the people around us. High turnover, poor onboarding, and low engagement are all symptoms of an impersonal working environment. The lunch break is the prime spot to fix all that!

The $1 million dollar question. (or at least we hope). We have a few different monetization strategies we are testing out. The easiest of which is a private Lunchpool network for business-to-business customers. Companies pay per employee and get a custom-tailored network for their employees to build those connections. They can see the back-end how people are connecting, and can incentivize the kinds of connections they want to see forming.

We plan to approach restaurants and other vendors for advertising to make some supplemental revenue in the future. We are also exploring partnerships with delivery services like Uber Eats and Grubhub.

5. What exactly is your competition?

The main competition is inaction. For people to sit at their desks with a salad over their keyboard, or dine alone at a nearby fast-food joint while scrolling through reddit is the behavior we’re up against. Other than that, there are some competitors in other countries. We’ve become friends with the guys at Lunchzeit in Germany. There’s also Lunch-On in the United Arab Emirates, and LuBu in Portugal. It’s clear that there are others who agree that the lunch-time hour is in need of some serious tech-driven disruption.