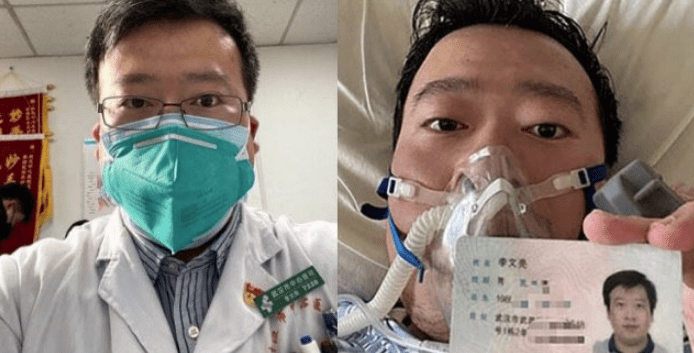 He tried to warn us. But he was silenced. Now the legacy of Dr. Wenliang will live on.

On Thursday, it was reported that Li Wenliang, the doctor who tried to warn the world about coronavirus in December (and was unfortunately silenced by Chinese authorities) had died — from the virus itself.

Dr. Wenliang, 34, was an opthamologist working at Wuhan Central Hospital in December when he saw test results show seven patients diagnosed with an unknown illness that looked almost exactly like SARS — a global epidemic that killed 774 people across Asia back in 2003.

Horrifically, we’ve come to learn that had it not been for Dr. Wenliang’s revelations, the cataclysm’s we’ve seen would be even worse (if that’s even possible to imagine).

At the end of December 2019, he sent a message to fellow doctors in a private WeChat messaging group, warning them to wear protective clothing and masks to avoid infection. But what he didn’t know is that the disease he had just discovered was an entirely new virus in and of itself.

Charged as a Criminal, Died as a Hero

Within a matter of hours, he was summoned by officials to the Public Security Bureau, where he was forced to sign a letter that essentially accused him of spreading “fake news” that had basically induced a public panic. Oh, and he was charged with a “misdemeanor.”

The statement, according to BBC read:

“We solemnly warn you: If you keep being stubborn, with such impertinence, and continue this illegal activity, you will be brought to justice — is that understood?”

At the end of January this year, Dr. Wenliang shared a copy of the letter on Weibo and explained to the group what happened. At which point, local law enforcement began apologizing to him…but it was too late. The damage was already done.

Ironically, the good doctor contracted the virus two days after unwillingly treating a patient, whom he thought had glaucoma, and actually had the new coronavirus. He then began coughing and was quickly admitted to the hospital. Ten days later, China declared the outbreak and Dr. Wenliang was officially diagnosed with coronavirus on February 1. What’s scary is that he was tested several times for the virus, all of which came back negative.

His Legacy Will Live On

Dr. Wenliang recorded a final video on Weibo before he died, shedding light on his government’s mistake on concealing the deadly virus, which according to him, the police had previously “taken legal measures” against eight others who similarly “published and shared rumors online” about the pneumonia-like illness and “caused adverse impacts on society.”

“The internet is not land beyond the law … Any unlawful acts of fabricating, spreading rumors, and disturbing the social order will be punished by police according to the law, with zero tolerance,” according to Vice News.

And the world mourns.

While reported numbers reveal that the virus has killed at least 566 people with over 28,000 people infected, experts believe the actual figures are much higher.

Our thoughts and prayers go out to Dr. Wenliang’s family and wish them well in their recovery process.

Published in Consumers, Health and Life