Who knew there was a connection between fitness and intimacy? A Tampa gym owner discovered how physical activity can play an important role in sexuality and created a fitness program designed for couples to stimulate emotional growth and intimate connections in their relationships through physical fitness. Considered a couple’s therapy, Strength of Seduction offers partner […]

Who knew there was a connection between fitness and intimacy?

A Tampa gym owner discovered how physical activity can play an important role in sexuality and created a fitness program designed for couples to stimulate emotional growth and intimate connections in their relationships through physical fitness.

Considered a couple’s therapy, Strength of Seduction offers partner workout routines intended to build or rebuild those intimate connections. Micah Morgan, a serial entrepreneur and owner of MMFitness, found himself evaluating his own love life when the idea came about. At the time, he only had one serious relationship that didn’t work out and was beginning a new one with hopes of building a strong bond.

A former USF football player and two-time graduate of the university, he came up with an idea that would combine his passion for fitness with his eagerness for establishing a well-balanced relationship with his girlfriend. His curiosity of Kuma Sutra inspired yoga tactics helped birth his fitness program for couples. Morgan then injected creative interval training exercises, calisthenics, massage therapy and meditation to build trust and communication.

To his surprise, the trailer for his product quickly gained traction upon its release with more than 10 million organic views on Facebook. Many viewers were enticed by the sensual workout routines and wanted to try it themselves. Digital sales skyrocketed in the first week due to the popularity of the video promotion, as many users shared the content in fitness and relationship-oriented groups on Facebook as well as their personal pages.

It became a viral sensation overnight in which he unknowingly caught the attention of celebrities after creating more parts of the workout program. Tiffany Haddish, an iconic comedian and top black actress, commented on the video post on Instagram inquiring about where to find part one. Rumor has it that Neyo’s wife even purchased a downloadable copy of it.

Inevitably, all couples will experience struggles at some point in their relationships. Relationship experts and therapists are constantly providing guidance and helpful tips on how to reignite that spark. Could this workout program serve as a tool? 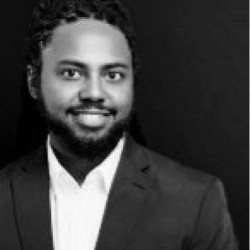 Ike (Issac) Morgan is a Columnist at Grit Daily. A 2009 graduate of Florida A&M University's School of Journalism and Graphic Communication, Issac Morgan wears many hats as a freelance journalist with published clips in numerous notable media outlets such as Sheen magazine, The Jasmine Brand, Blackdoctor.org and Celebrity Net Worth. He has provided exclusive coverage on celebrity/public figures featured in many top publications for print and online platforms. Morgan is also a media relations/publicity consultant, delivering consistent media coverage and placement for a diverse clientele in entertainment, fitness, fashion and for nonprofits. His most recognizable publicity efforts have been for Christopher "Play" Martin of Kid 'n Play where he established press coverage for his forthcoming documentary film "AndiDanced." Mr. Morgan gives insight into pop culture, entertainment, and politics.