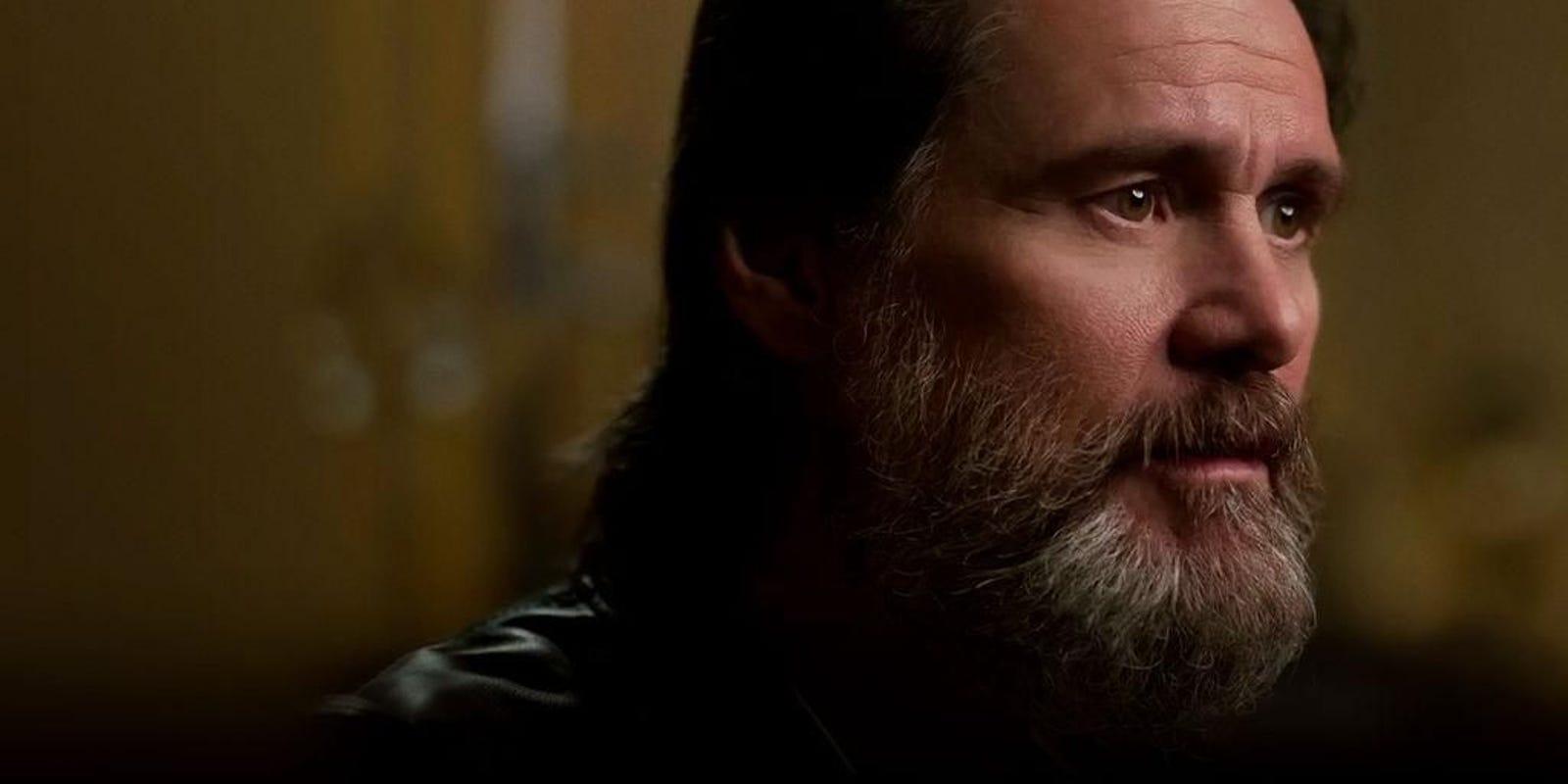 The Wonderful Evolution of Jim Carrey

“Jim Carrey does not actually exist.”

Years ago, Jim Carrey had the world buzzing and puzzling over a more thought-provoking than usual red carpet interview. Carrey was attending New York Fashion Week and, well, he didn’t feel like playing Jim Carrey anymore. He made it abundantly clear he was done performing for the camera and public, and good for him. For the last few years, the mega-star has revealed the human being behind the cartoonish mask.

Jim Carrey has been in his own world for a long time now. It’s why Peter Weir cast him in The Truman Show: he saw a man in a bubble with all eyes watching. With Carrey’s money, success, and long list of accomplishments and privileges, he lives in another world within our world. Of course a person with Carrey’s life is bound to see and approach life differently than the norm. There’s never been anything normal about Carrey, even in the ‘90s when his performances lived firmly in the uncanny valley. There’s never been anything normal about Carrey, so why is his recent chapter as an artist so shocking?

He’s recently grown and evolved in a way that’s understandably surprising to the general public, based on their preconceptions of an absolute stranger to them. Some people called Carrey strange for that aforementioned red carpet interview, plus his dynamite political paintings and the polarizing doc “Jim & Andy: The Great Beyond,” but what’s stranger, a performer playing a character all the time for the public or a performer comfortable to finally show his true colors?

Was this cerebral Carrey behind those masterfully goofy faces and body art there all along? Was he shielding his true self, the man we now see, from the public for the last 25 years or so? Maybe, maybe this is just another one of the many chapters and different phases in his life and career.

No artist has a responsibility to reveal their true personal selves to the public. It’s none of their business. Nowadays on social media, most high-profile artists reveal way too much about themselves and it reeks of attention-seeking, but with Carrey, even in this day and age of celebrity narcissism, keeps it real. He’s grown more authentic in one of the phoniest businesses in the world. He’s no longer putting on a show for people. There’s no image, just a person.

From Crowd-Pleaser to Hellraiser

There’s something wonderful about Carrey going from a beloved crowd-pleaser to a polarizing political artist. It’s an artist going to the beat of his own drum no matter the cost or reception. Years ago, Carrey even admitted he was tired of making large-scale movies and having to please everybody. He’s done with it. He’s done that already.

If Carrey was still staring in major comedies, wouldn’t it be a little disappointing? Yes, his return to his old style of performing was a breath of fresh air in Sonic the Hedgehog, but don’t we want artists to grow? Nobody expected Carrey to grow how he has, but who wants the expected from their favorite artists? Even in the 90s, Carrey was a novelty, a new breed of performer, and a symbol of experimentation. In a way, he’s still that same guy from the 90s experimenting like a mad comedic genius; he’s just doing it in an entirely different, less commercial fashion.

You Be You, Jim

Nowadays, Jim Carrey is somebody who’s completely free in his art. He’s expressing himself exactly how he wants to, not how studios or anybody else wants. Carrey has earned himself that freedom with all his big paydays and grand accomplishments, of course, but he’s no longer playing to audience expectations. He’s completely detached from it now.

Imagine an entire world having expectations for you as both a performer and a person. It must be isolating. It’s arguably a champagne problem, but any artist who breaks free from what people think about him or her, intentionally or not, is a true artist. Carrey has never looked like he’s been truer to himself than these last couple of years, and love it or hate it, it’s a beautiful thing.