Latino Wall Street, the number one Spanish platform for educating Latina women about the opportunities and resources available through the stock market, is changing how Hispanics around the world approach financial investment and research today. Designed to help Latina women to earn a living right from home and improve their financial situations while pursuing monetary independence, Latino Wall Street is doing all it set out to do–and more.

Financial literacy and independence is a goal everyone has but to achieve it–there is work required. With an economic shift in the air, its more important than ever to get familiar with the finance world–especially for minority communities determined to level up.

This revolutionary platform is positioned to impact millions right now during the stay-at-home mandates, and I caught up with the power couple behind it to understand their journey towards supporting in the Latino community with Latino Wall Street.

Gaby Wall Street is paving the way for all Latina women in traditionally male-dominated fields today. Determined to become a powerhouse businesswoman at a young age as she moved from Peru to the United States, Gaby attended the prestigious NYU where she was exposed to the hustle and bustle of Wall Street. Delving into her natural fascination with the stock market, right from home, Gaby quickly discovered the financial opportunities that were awaiting women, particularly women from diverse backgrounds, if they made an effort to reap the benefits.

Already paying off her student debt by the age of 21, Gaby wanted to share her stock market secrets that were entirely transforming her life at the time. Being a Latina woman herself, Gaby knew it was her responsibility to show other women how to generate extra income in the same way she had.

Joining forces with Alan Burak, a Mexican Hedge Fund Manager in New York, the two embarked on a journey to make their dream a reality.

Along the way, Gaby met her other half–serial entrepreneur and internet personality, Tony Delgado. Tony is mostly known for his work in Puerto Rico’s entrepreneur ecosystem with the launch of Disrupt Week semiannual conference after the devastation following Hurricane Maria. Simultaneously, Disrupt Podcast began gaining popularity after Tony made the keynote speeches available in audio format.

Tony and Gaby met at a personal development seminar in New York City and they were both drawn toward each other from the moment they met. They exchanged numbers and stayed in contact after the seminar. Tony was back and forth between New York and Puerto Rico, working on two major projects–Disrupt University, an online education company teaching entrepreneurship and digital skills–and The Disrupt Foundation, a non-profit incentive that hosts in-person events and workshops to grow the already existing Puerto Rico startup community. Gabriela was new to social media and had recently started her Instagram account @gabywallstreet and she had less than a thousand followers at the time. They met for dinner to discuss how she could transform her one-on-one coaching business and turn it into an online education empire.

Tony had a ton of prior experience in the online education space–most notably scaling his business  7 Months to 7 Figures by leveraging influencer marketing with his mentor Gerard Adams. Delgado had a proven track record of working to grow and scale online education companies with Disrupt, FOWNDERS, and Trilogy–so it was a no-brainer for the future power couple to team up in business as well.

Tony wanted to expand Gaby’s brand to serve not only Hispanic women, but their husbands, and even their kids too. Leveraging his background in starting social impact movements, Tony focused the company’s mission on creating financial education and generational wealth in the Hispanic community. Latino Wall Street was born and within a few months, they launched the company’s first course.

Tony immediately knew he and Gaby were soulmates. Soon after they met, they fell in love, got engaged on top of the rainbow mountains of Peru and both moved to Puerto Rico full time to pursue their passion to transform Latin America. They now run Latino Wall Street together in tandem, and the Disrupt Foundation’s mission has expanded to include not just Puerto Rico, but also the 400 million Latinos around the globe.

The Future of Latino Wall Street

On a mission to provide insight, information, and resources to Latina women and their families to help them achieve financial independence, Latino Wall Street today offers online courses in Spanish–covering all financial basics for anyone to leverage. The company also offers personalized training that includes mentality and perspective exercises–helping women to build confidence and motivation on their quest to earn a sizable living–right from home.

Latino Wall Street is encouraging anyone who wants to be financially knowledgeable to know their courses, seminars, and one-on-one training–which are all in Spanish–are available right now. Especially during the coronavirus shutdown, it’s time to consider the benefit of making money right from home. 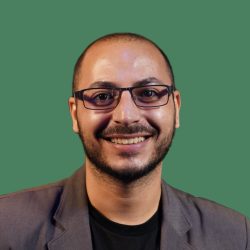 Peter Salib is a Tech Columnist at Grit Daily. Based in New Jersey, he is an avid participant of events nationwide who's attended CES in Las Vegas consecutively since 2013. Peter is the host and producer of Show & Tell, a product showcase YouTube channel and also works at Gadget Flow, a leading product discovery platform reaching 31M consumers every month. Peter frequently works with startups on media, content writing, events, and sales. His dog, Scruffy, was a guest product model on the Today Show with Kathy Lee & Hoda in 2018 and was dubbed "Scruffy the Wonder Dog.”