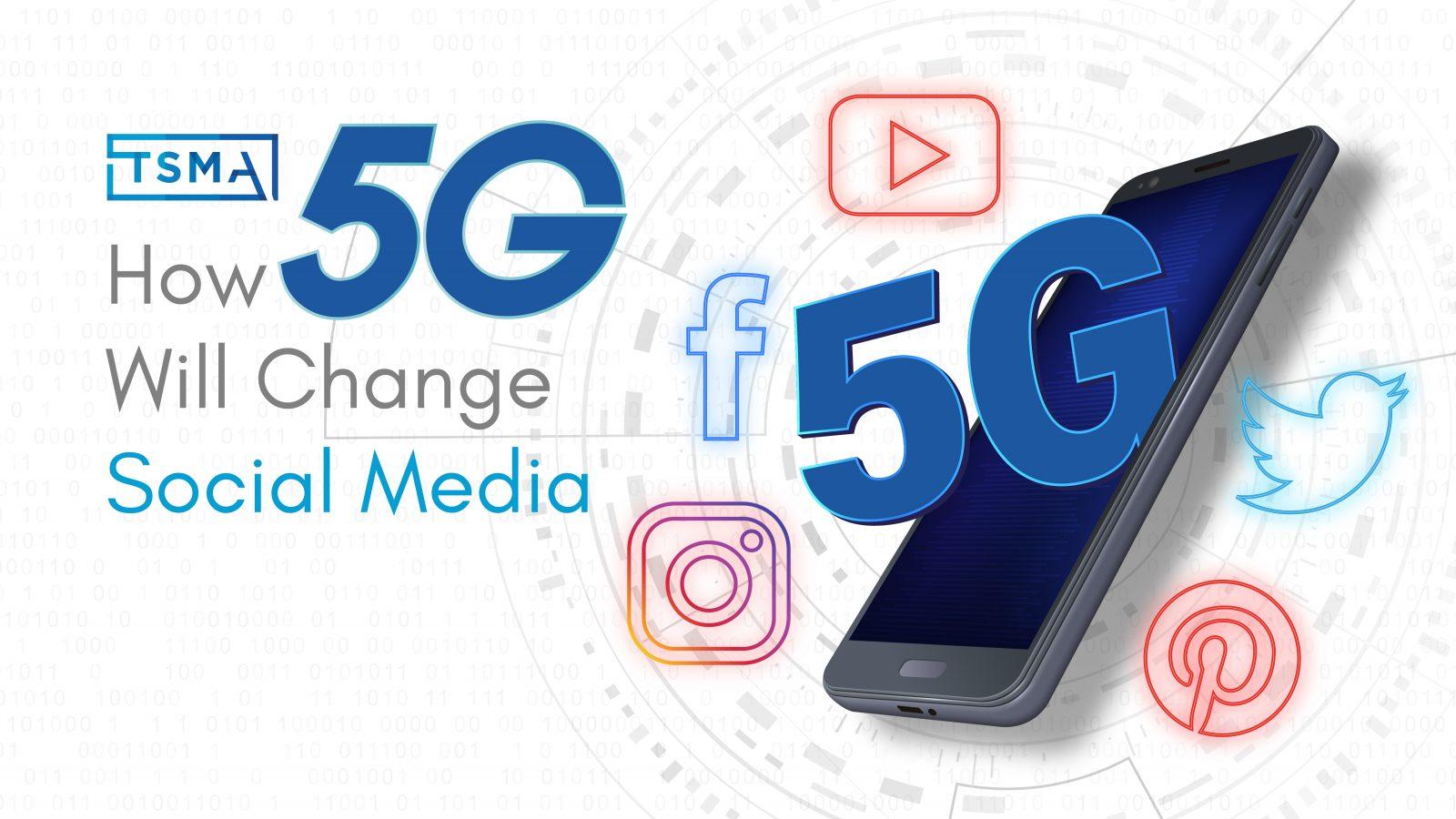 How 5G Will Change Social Media

The State of 5G and Why It Matters Now

The world is abuzz right now with news of 5G, the next step in cellular network technology. And for good reason. 5G promises to surpass today’s internet speeds by a factor of 10…at least. Downloading a movie will take seconds instead of minutes. Perusing videos on social media will be instantaneous and practically lag-free as latency drops to mere milliseconds.

Widespread use of 5G will also open the door to a new era of smart-devices, virtual services, and automation that will increase people’s free time to consume that content without the same hiccups and frustrations. To best take advantage of how this more instantaneous worldwide connectivity will hit the world of social media, you should get a head start now. Focus on audiovisual content that can uniquely represent your brand across generations, borders, and languages.

While it will take years before the world is fully connected, cities across the globe are investing in 5G infrastructure. Telecom giants like Verizon and Huawei are racing to offer 5G across wide areas, and they are not alone. Facebook acquired 5G stealth startup Inovi a few years back and used it to construct a localized 5G network in San Jose and on their campus, all in an effort to determine how soon they could cost-effectively deploy it nationwide. Stellar improvements in the speed and volume of data transfer have motivated these companies to get as strong a head start as possible—similar to when when 4G premiered a decade ago.

How We Got Here

While 3G shined with pictures and texts, 4G has been shining brighter over the last 10 years with superior speeds, better image quality, and most of all, video. The birth of 4G (Dec. ‘09) gave rise to platforms like Instagram (Oct.’10) and Snapchat (July ‘11), and it also helped propel existing platforms to new heights. After 4G hit the market, YouTube added 1080p videos, YouTube Analytics, and automatic speech recognition. A year later, with increased traffic and video consumption, the platform implemented the “thumbs up/down” rating system to increase social interaction and added 4k video capabilities.

Instagram is another powerful case study for how improvement in mobile technology opens new doors for content. It originally launched so people could edit and enhance pictures. With faster 4G speeds readily available to their user-base, the platform enabled its users to upload 30-second videos. With a subsequent increase in video consumption, Instagram eased its restriction to a full minute and then launched IGTV, allowing users and Influencers to share videos longer than a minute. Due to 4G limitations, viewers today watch about 60% of video content online with their home broadband network.

As 5G provides consumers with a much faster connection, and as self-driving cars with 5G connectivity become available and more affordable, not only will people lose less time waiting for videos to load and buffer, but they will also gain free time during commutes to consume content.

At that point, mobile will surpass broadband and Wi-Fi as the popular means of video consumption. And all the while, virtual reality and augmented reality technology have only become increasingly compact and user-friendly over the last decade.

Ultimately, this means that social media marketers will have to consider all kinds of audiovisual content as central components of a digital media marketing strategy. For the individual, social media will continue to be the beating heart of personal branding, marketing, and networking online, but in more ways than before.

Get a Head Start

To give yourself a head start before 5G becomes widely available in the coming years, begin strategizing and experimenting now. Diversify your content and experiment with videos that can convey your brand and market you to a multi-generational and international audience. Audience demographics will widen as 5G bridges social media users who come from different countries and speak different languages. With autonomous cars and smart buildings streamlining commutes and the workday, social media will become more integrated into everyone’s daily routines.

Prepare for social media companies to increase the allowed video-length on your posts, and to begin offering new features that focus on enabling virtual reality, augmented reality, and mixed reality content for your viewers. Look out for emerging trends with VR and AR technology. Think about what these kinds of content might look like for you and how they might contribute to your brand.

With the present and expanding International audience on social media, consider how you write your captions and blog posts. For example, emojis have become universal symbols in the internet lexicon and can help your message reach viewers across language barriers.

Finally, as content diversifies and as more countries and younger generations arrive on the social media scene, keep your eyes peeled for what’s trending and what’s reaching people outside of your local community.

As social media becomes an even greater part of people’s everyday life worldwide, it will become further saturated with content, Influencers, and new platforms. In the coming years, honing your brand and emphasizing what makes you stand out in a bigger market will be increasingly critical in the brave new 5G world.

Ryan Walker
Ryan Walker is a Grit Daily contributor whose resume spans a decade of digital marketing and media, including leading the west coast experiential team for Diageo, and running events for Oprah and Rodeo Drive clients through his prior business, Alchemy.  He currently holds the title of Founder and CEO of the entertainment and media industry’s most recognized social media management firm, TSMA Consulting. Ryan travels the world educating professionals on targeting and capturing the attention of Millennial and Generation Z consumers through utilization of social media algorithms and content.
More from NewsMore posts in News »