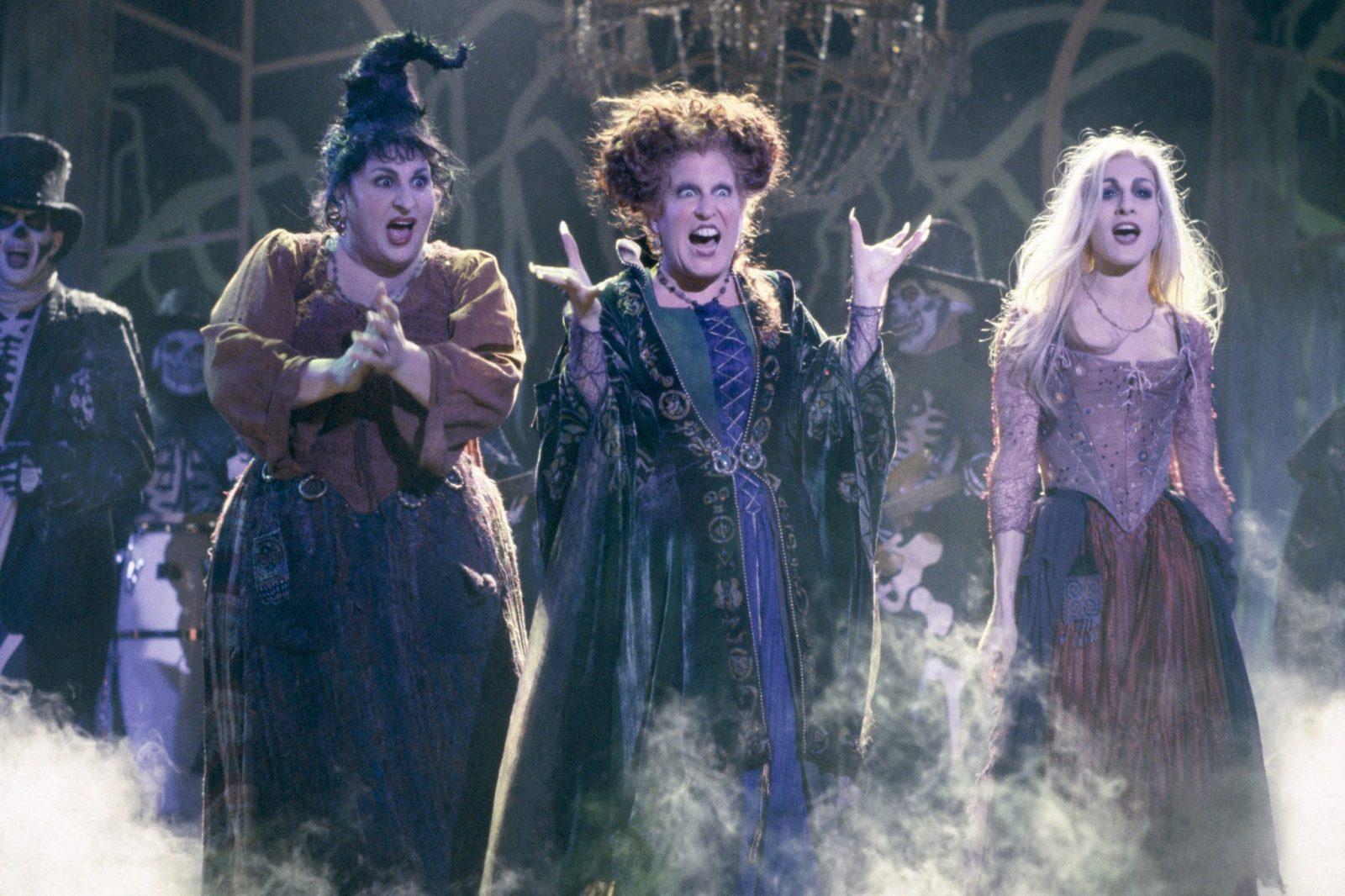 The Original Sanderson Sisters Confirmed to Return for Hocus Pocus 2

The original Sanderson sisters are set to rise from the dead once more for Hocus Pocus 2. Bette Midler confirmed that she, Sarah Jessica Parker and Kathy Najimy will be reprising their iconic roles for the sequel. While no official start date has been set for filming, the news is incredibly exciting for fans of the original 1993 Disney Halloween classic.

17th century teen Thackery Binx (Sean Murray) is terrified when his little sister Emily (Amanda Shepherd) is kidnapped by the evil Sanderson Sisters in Salem, Massachusetts. The three witches steal Emily’s life force in order to remain youthful, killing her and cursing Thackery to be a black cat forever when he tries and fails to save his sister.

Three hundred years later, 20th century teen Max Dennison (Omri Katz) reawakens the Sanderson sisters in an attempt to impress his crush, Allison (Vinessa Shaw). Rejuvenated with their second chance at eternal life, the Sanderson sisters attempt to steal the life force from Max’s little sister Dani (Thora Birch) and the other children of the town. Determined not to let history repeat itself, Thackery Binx, still cursed as a black talking cat, helps Max, Dani and Allison seal the Sanderson sisters away for good on Halloween night—or so they thought.

The original Hocus Pocus is currently available to stream on Disney Plus, with the sequel set to premiere on the streaming platform as well. Adam Shankman is set to direct, according to Variety. While there’s no word on whether or not the other original cast members will return to the sequel in some variety, it definitely makes perfect sense for the Sanderson sisters to return. A sequel in any sort of capacity would not have worked without Bette Midler, Kathy Najimy and Sarah Jessica Parker. Hopefully the script does their return justice and honors the original without simply copying it for the modern age 27 years later.

The iconic trio will also reprise their roles for one night only on October 30th for the New York Restoration Project, which transforms open spaces within New York City into sustainable community gardens and parks. Check out the epic behind the scenes photo Bette Midler shared to promote the event here.

Hocus Pocus is a cult Halloween classic for so many reasons. It’s got the right amount of spooky storytelling and comedy for the whole family to enjoy. The movie is perfect for fans craving some major 90’s nostalgia, and the story is perfectly paced from start to finish.

The Sanderson sisters are, without a doubt, the best part of Hocus Pocus and will likely put a spell on fans once again for the highly anticipated Disney Plus sequel.