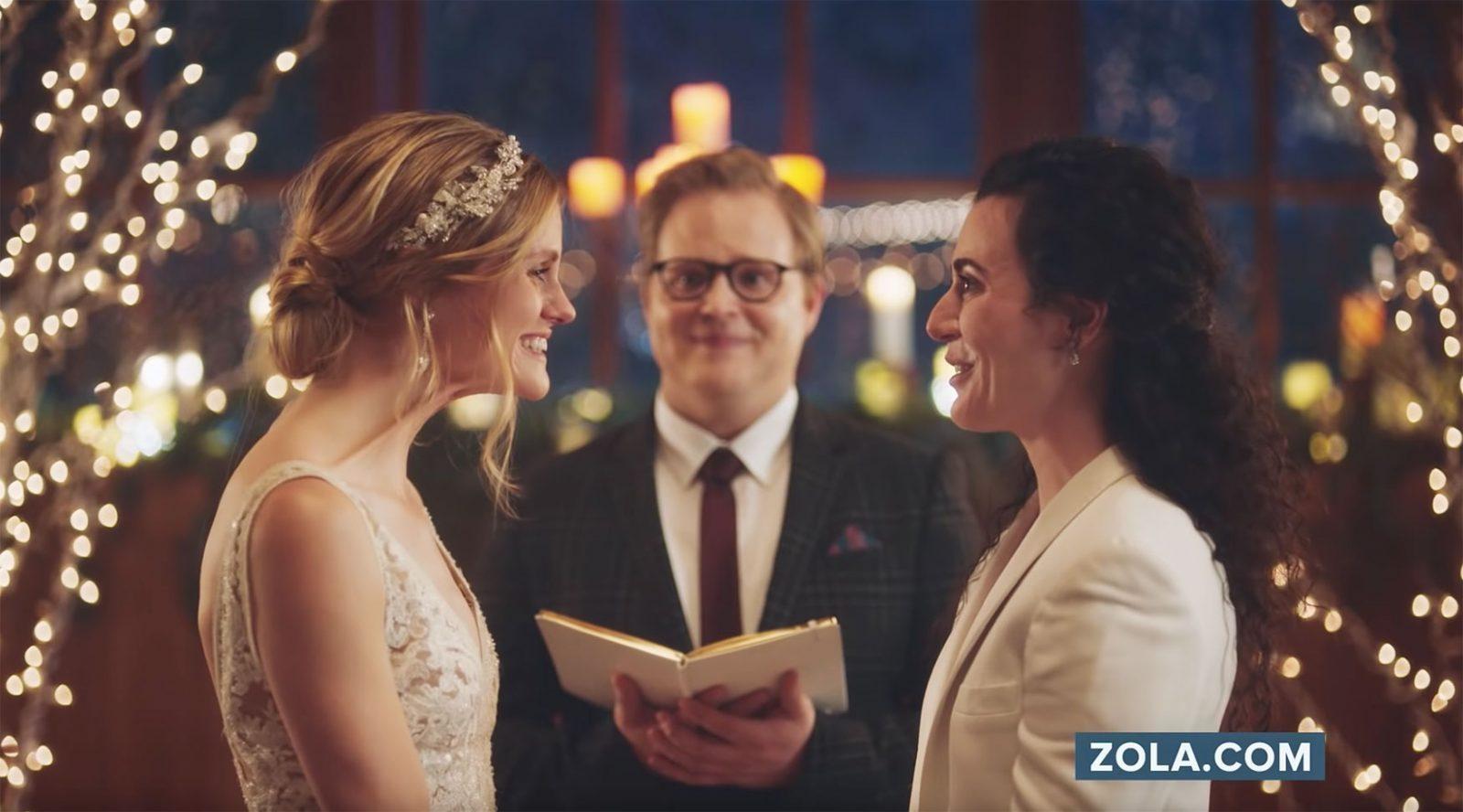 The Hallmark Channel Needs to Get Its “Identity” Crisis Together…Fast

The Hallmark Channel, it would seem, is a little confused– going through a crisis of identity, let’s say. We get it, Hallmark. It happens to the best of us. But with all due respect: get it together.

On December 12, Hallmark decided to pull a total of four ads for Zola — a wedding website — from its programming. All of the rejected ads featured a female same-sex couple kissing at their wedding, which were believed to be a violation of its policy not to run ads that are deemed in any way “controversial,” according to a representative of Hallmark’s parent company, Crown Media Holdings Inc.

This “policy” had not been an issue, however, until the organization, One Million Moms got involved.

With over 27,000 signatures on its petition, the organization is asking Hallmark to “reconsider” LGBT ads. One Million Moms, a division of the American Family Association, strives to “stop the exploitation of our children, especially by the entertainment media.”

However, one post on the One Million Moms website claimed that the airing the same-sex couple ads “goes against Christian and conservative values that are important to your primary audience.”

I only took first-grade English one time, but in my understanding, the words “love” and “acceptance” are not interchangeable with “exploitation.” Hey, that’s just me.

I digress. This decision by Hallmark to succumb to the demands of the conservative organization came at a time where Hallmark had claimed that they were open to releasing more LGBT story-lines.

Earlier this month, Hallmark Channel CEO Bill Abbott insinuated that the network would be open to incorporating same-sex couples into its Christmas movie lineup:

“We’re open to really any type of movie of any type of relationship in any space,” he was quoted saying in an interview for The Hollywood Reporter’s “TV’s Top 5.”

It would appear that Hallmark’s aforementioned strict “policy” slipped his mind during that interview.

Not surprisingly, an uproar of justly pissed off LGBT and human rights supporters immediately took to Twitter to battle Hallmark’s decision to pull the Zola ads.

GLAAD, a LGBT advocacy group, posted a tweet on the morning of the 15th urging advertisers to rethink their involvement with The Hallmark Channel, with the hashtag #BoycottHallmarkChannel.

In addition to GLAAD’s petition, the HRC launched its own petition which collected over 73,000 signatures.

Later on the 15th, The Hallmark Channel quickly jumped to make a public apology following the social media backlash:

“The Crown Media team has been agonizing over this decision as we’ve seen the hurt it has unintentionally caused,” said Mike Perry, chief executive of Hallmark Cards Inc. in a statement. “Said simply, they believe this was the wrong decision,” and “[w]e are truly sorry for the hurt and disappointment this has caused.”

The company said that they would be reaching out to Zola immediately to begin airing the previously believed to be “controversial” ads once again.

Hallmark also stated that they would henceforth be working closely with GLAAD “to better represent the LGBTQ community across our portfolio of brands.”

This slight backslide in ever persevering fight to expand LGBTQ equality and acceptance in the media was a disheartening one, but it was also a wrong that was quickly righted by organizations and eternal activists such as GLAAD that refuse to be silent.