By most measures China “runs” the second largest economy in the world.

It also has the largest population in the world. And arguably, the best functioning government in the world. Many would disagree with that last statement but by most modern metrics — GDP, innovation, competitiveness, inequality, corruption, happiness —  China is crushing it.

As an American it’s hard to say this, but China probably has us beat. Their underprivileged citizens are willing to do jobs that ours aren’t. Their oligarchs are more ruthless and deceitful than ours. Their government is probably better at cyber-warfare than ours. And they’re more competitive. Where China wins is that they are playing a different game then other countries. Where the US is playing a game of righteousness, trying it’s best to be loved by the world, China is playing the game to win, doing whatever it wants and being cunning enough to hide its intentions behind beautiful constructed international relations schemes.

For example, the Great Firewall of China — long seen by most as an act of censorship against individual rights and a communist era system for controlling the people — amounts to modern day propaganda, control, and tech wizardry to the extent that it works.

But the Great Firewall of China has done more to help China than hurt it. Without it (and other protectionist policies), China would be ruled by Google, Facebook, and other Silicon Valley giants, much like the rest of the world. Instead, China has its own tech giants. Has its own major sources of GDP, jobs, and innovation. Has its own control of its citizens data.

Where every other country let technology role in on a Trojan horse, the Chinese government had the foresight to see the righting on the wall and enacted policies to protect its future.

China is playing the perfect game of chess, you just haven’t been paying close enough attention.

Atop that perch, China has been building up its cyber-warfare divisions and its espionage arms. Any cyber security professional will tell you that the Chinese government has already penetrated most US infrastructure systems. They are the best. The US loves to demonize Russia, but no one fucks with us like China.

Large-scale, state-run military grade cyber war-fare units act with genius level accuracy to penetrate our systems and we stand by on our heels trying to stop them. At the same time, they’ve infiltrated global data centers via hardware hacks and the entire mobile infrastructure industry via Huawei. They’ve stolen aerospace, XYZ trade secrets for so long that they’ve gone from 30 years behind us on the innovation curve to almost in-line, matching the latest US stealth bomber on an almost 1-1 basis.

The reason why is China isn’t playing by the rules. In game theory you learn about an enemies proclivity to act crazy and how you have to account for it. However, China isn’t acting crazy, it’s calculated, they know the US doesn’t want a war with them and so it keeps on doing whatever it wants.

At least that was until Donald J Trump came in and started a trade war with them. For all the awful things that DJT has done, this might go down as the number one mark he has left on the world: finally standing up to China.

Which leads us to today — with the world on the brink of a new financial collapse, a looming trade war with China, and a two global power-houses moving into a new era of the game. Most predict China to overtake the US as the dominant power player in the next twenty years. If that happens, you better believe they will not be as easy on the world as the US has been. They’ll want nothing less than global domination, the same thing every Chinese leader has wanted for the past 100 years.

Only this time they are modernized, educated, technologically advanced, and playing the game better, faster, stronger, than anyone else. Let’s get ready to rumble. 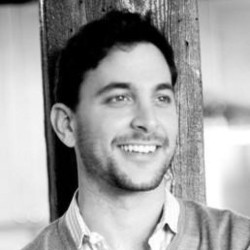 Greg Gopman is a Columnist at Grit Daily. He is a tech entrepreneur and strategy consultant based between San Francisco, Miami, and Bali, Indonesia. He’s been an executive at venture-backed startups across various frontier technologies including cryptocurrencies, virtual reality, and dev-ops. He’s also a well know event producer, having produced conferences, hackathons, global event series, and mansion conference parties across dozens of cities. He currently consults under his brand Future Society.