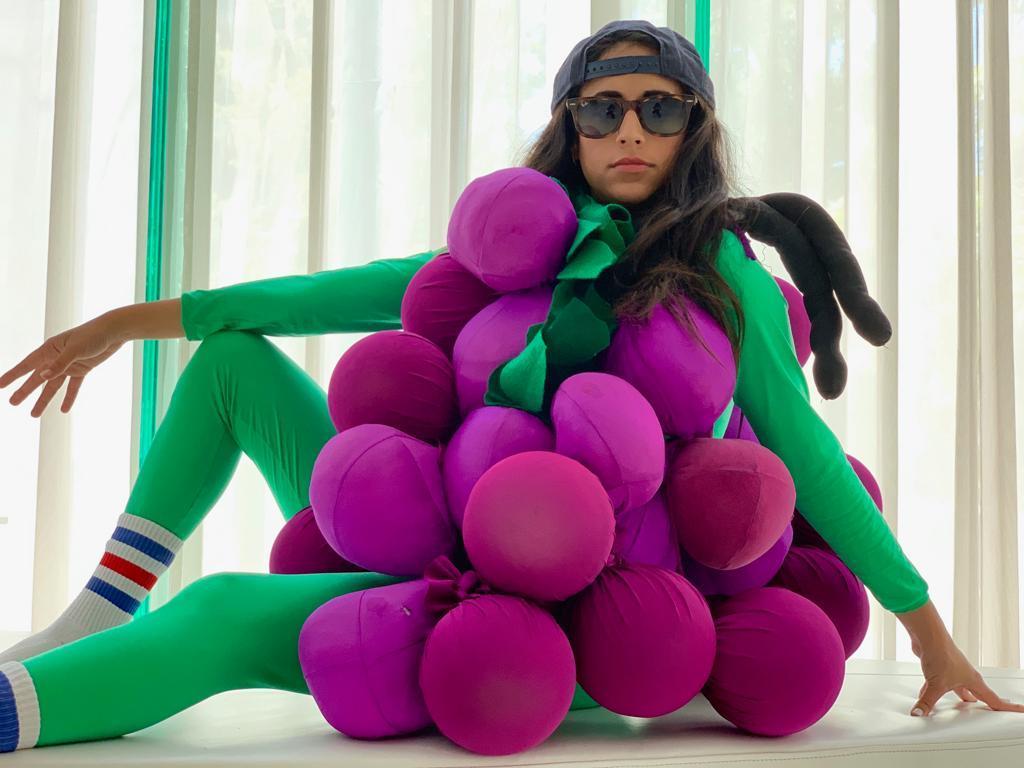 Get ‘Mashed’ and Meet the Israeli ‘Wonderwoman’ of Comedy: Or Mash

Or Mash is a Israeli phenomenon of comedy whose relatable and hidden truth comedic style is taking audiences by storm.

What Began As ‘Or’ from Israel

Born and raised in Tel Aviv, Israel, Mash is fierce, funny, and full of material based on her diverse background. After serving in the Israeli army for two years, she embarked on a lucrative career in the online gaming industry. And despite her success, woke up one day and decided that she would rather make people laugh.

The ‘Wonderwoman’ of Comedy

Known as the ‘Wonderwoman’ of comedy, Or Mash offers a raw, honest and unapologetic look at her own life. She offers a hilarious outsider’s take on modern American culture and society from the perspective of a fearless Israeli immigrant.

On a mission to fulfill her true passion of stand-up comedy, Mash moved to Los Angeles and began her career in comedy. She started doing stand-up shows at historic clubs, such as The Comedy Store and the Improv. While doing this, she has also written and produced an episode for her own show “Mashed,” which was directed by Matthew Harrison (Sex and the City).

Many probably recognize her as co-host for a well-known morning radio show called  “Sam in the Morning” on LA Talk Radio. Mash has been making quite a scene in the industry, and we’re excited to offer readers a closer glimpse with this candid interview.

Grit Daily spoke with Mash to find out more about beginning her career in America and to get the ‘truth behind the comedy.’

Grit Daily: How was it like growing up in Israel? Were you exposed to a lot of comedy growing up?

Or Mash:  Growing up and living in Israel, you have to develop a sense of humor. I started noticing the comedy in dark situation and that was the way to make it okay. Israelis have a great sense of humor, and it always seemed like magic to me; how you can change a person’s perspective, emotion, and bright up the day with something funny. I always wanted to do that.

GD: When coming to America, did you know and understand the culture? Had you been to Los Angeles? Take us through that experience.

OM: When I decided I wanted to start doing comedy, I had two options, New York or Los Angeles. In New York, I had a lot of family, so it would’ve been easier, but something drew me to LA. The day before my flight, I went to the bank (in Israel) to get my international credit card. It turned out that they issued a card that only works in Europe. Shortly after, I get a text from the friend who I was suppose to stay with in LA. She said something came up and I can no longer stay with her.

So less then a day before my flight, I’m in a situation where I’m going to an unknown place without any money or a place to stay. I called my sister in Paris and asked her if she thinks I should delay the flight and she said “if you delay there’s a chance you won’t go at all. Get on that plane and don’t worry, everything will work itself out.”

Crazy enough, at the time, my sister was sitting at a cafe, and a Jewish lady sitting next to them overheard the conversation. Next thing you know, I land in LAX and get a text from a Jewish girl saying she heard about my story from her aunt in Paris and would love to have me over until I get my credit card situation resolved. I stayed with her for the next two weeks.

But life gives you gifts that might come with ridiculous conditions. Turns out, this girl was on a religious journey and insisted that I do not touch any of the furniture—saying she’s not sure my clothes are Passover “kosher.” This resulted in me having to sleep on a couch covered with tin foil. Being frustrated about the tin foil episode, I decided to bring light to the comedy in this situation.

One day while she was away, I went to the store and bought 3 boxes of tin foil. When she came back home and I greeted her covered in tin foil from head to toe. I said, “I think this will be easier than covering your furniture.” There was a moment of silence. I prayed she’d get the joke, and a moment later, she busted out laughing. From that day, I never slept on tin foil again.

When I first arrived in Los Angeles, everything seemed so big compared to Israel. Coming from a very different culture and reality, I was an outsider. It would even show in the smallest things like conversation. For example, it took me months to understand that in LA, when someone says “see you later,” they have no intention of actually seeing you again. In Israel, if you say that – somebody is going to open up a calendar. There’s a sense of urgency.

GD: You went from being a stand-up comedian to appearing in magazines, a talk show host, etc., much like an overnight sensation? How has the transition been?

Now you just need to get yourself on shows. Most don’t pay, so you need to have a job. I don’t want to come off complaining, but it feels great. You make many sacrifices along the way, but the payoff of being on stage and making people laugh is the best feeling in the world.