Digital Entertainment Comes Down to These 3 Trends For 2019 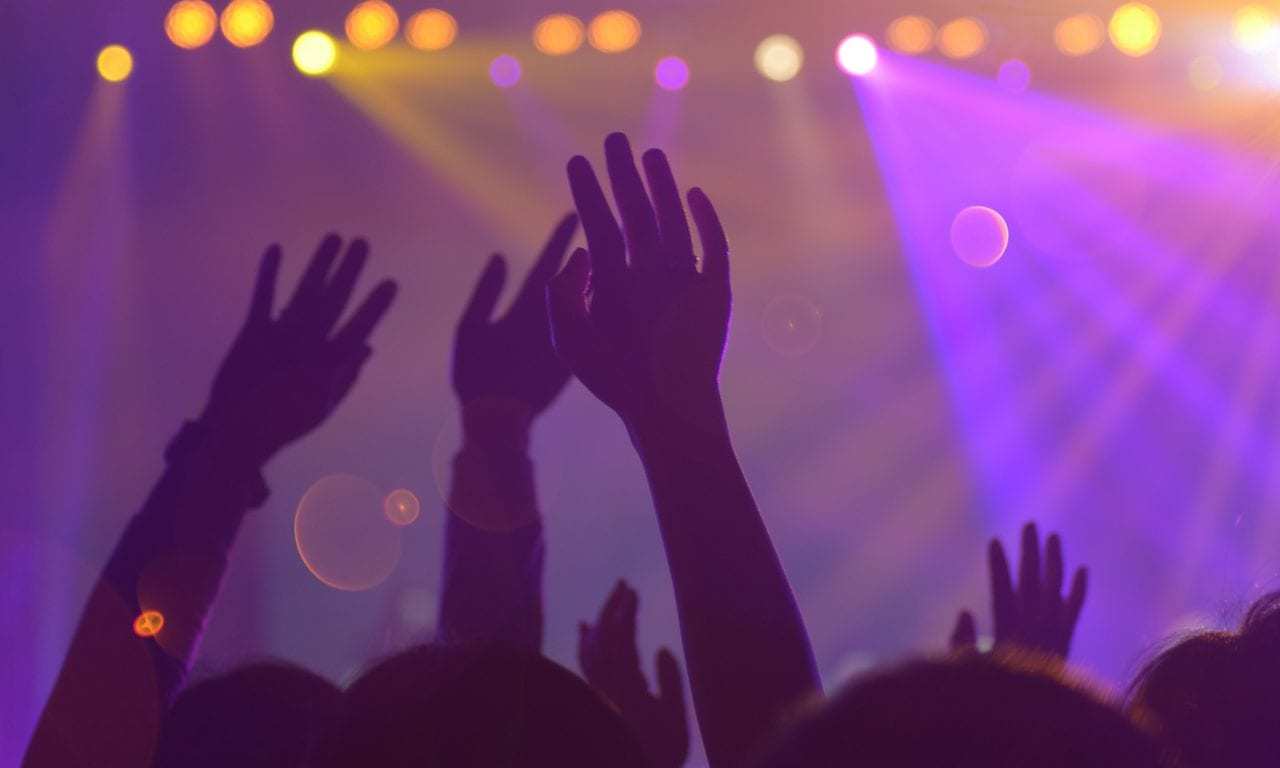 Bored of what you’re streaming or downloading? Not so fast. Digital entertainment looks to be a bit of an adrenaline rush when it comes to streaming rights and regulation.

As we enter the final months of 2019 and look to 2020, numerous online entertainment outlets are set to expand to massively new heights of growth. In this article, we will look at three online entertainment markets slated for perhaps the biggest growth within the next year and beyond.

#1—Netflix is the Global Leader in Video Streaming, But Will It Last?

On Monday, Netflix announced via Twitter that it landed the global streaming rights to Seinfeld, as part of a deal with Sony Pictures Television, which controls the distribution of the iconic TV show. Going into effect in 2021, the companies announced that the deal includes making all 180 episodes of Seinfeld in the U.S. available to Netflix’s 151 million subscribers. Of course, this means that Seinfeld will be leaving Hulu’s streaming platform in 2021, which is majority owned by Walt Disney Co.

Currently, Hulu is paying $130 million for the right to run Seinfeld for six years.

All 180 episodes of the Emmy-Award winning Seinfeld are coming to Netflix — worldwide! — starting in 2021 pic.twitter.com/tLvcCKH4vl

Landing Seinfeld is a major comeback for Netflix, having recently lost the streaming rights to two powerhouse sitcoms— “The Office” and “Friends,” to the media conglomerates that own those shows. “The Office” will become part of NBCUniversal’s new streaming service, while “Friends” will be offered on WarnerMedia’s upcoming HBO Max platform. While the terms of the deal have not been officially disclosed, sources say that Netflix reportedly paid more than $500 million for the streaming rights.

But, is this enough for Netflix to remain on top as a leader in video-streaming? Netflix claims over 139 million paid subscriptions in 190 countries. Originating as a service to solely stream movies, that changed in 2013 with the platform’s first original content series, House of Cards, now gaining subscriber attention with subsequent content such as Black Mirror and 13 Reasons Why.

Since 2013, Netflix has continued to massively expand its original content library, leading to a total of 112 Emmy nominations in 2018, breaking HBO’s 17-year reign as the most celebrated network, according to Wired Magazine.

Netflix has continuously struggled with securing the licensing for blockbuster films, especially considering that licensing costs ballooned up over 700% between 2010 and 2013. This led to an overall weak movie library, which arguably, to many subscribers, hasn’t changed significantly.

Indeed, of IMDB’s Top 250 movies list, Netflix only offers 35 of those titles, a meager 14 percent. Thus, expanding into exclusive content was a necessary gamble for Netflix, a bet that seems to have paid off handsomely, even in its continuous battle for popular network sitcoms.

With the recent acquisition of Seinfeld, it will be highly interesting to see where Netflix decides to place its focus over the next couple years—choosing to stick with re-securing TV sitcoms and blockbuster films, or taking the risky road of producing what it believes to be highly appealing original content for its global subscribers. But, either way, it’s no easy road, as it seems that it may be soon facing stiff competition as other competitors such as Amazon, Hulu, and now HBO, are launching their own independent streaming services.

HBO’s new streaming platform, HBO Max, has reportedly been snatching up some high-profile licensing deals for popular films and television series, recently landing two of the biggest comedy series of the past couple decades—Friends and as of today’s article date, the streaming rights to The Big Bang Theory.

After shelling out $425 million for the exclusive streaming rights for Friends, it now has secured all 12-seasons of the hugely popular and dorky series, The Big Bang Theory, making the first-ever streaming pact for past seasons of the hugely popular series. Under the five-year deal, all 279 episodes of The Big Bang Theory will be available on HBO Max when it launches in Spring 2020.

#2—Is There International Growth Ahead for the Online Gambling Market?

But, keep in mind many of these hurdles have been addressed, and the overall valuation of the industry was estimated around $45.8 billion as of 2017. This number was expected to grow to an approximate $94.4 billion by 2024, which could be predicted to double within the next five years.

While the United States and Europe have led the way in online casinos, with online slots being the most popular games, perhaps most interesting is the rise of online gambling in the Asia Pacific region.

The Philippines specifically has become a hot spot for global investors in the online casino industry, tapping into growing online gambling markets in countries such as India, Singapore, Malaysia, Taiwan, Thailand, Macau, and China, despite online gambling remaining illegal in several of these countries.

The country’s boom is attributed to the major influx of Chinese migrant workers making their way over the Philippines over the last few years. Migrant workers are usually twenty-something attractive females that work as live dealers for the Chinese online casino websites, according to one Philippine news outlet. Chinese are employed by the gambling sites’ call centers to handle customer service in Mandarin and Chinese.

China takes a strong stance against gambling and has applied significant pressure on all Southeast Asian countries to stamp out online gambling, with nearly all countries giving in to the pressure.

For the past four weeks, China has urged the Philippines to ban online gaming to support its crackdown on cross-border gambling, which it said foreign criminals are using to embezzle funds and illegally recruiting workers.

In response, the Philippines gaming regulator has banned licensed for new online gaming firms, as lawmakers and some ministers have called for tighter controls on Chinese visitors, saying many are illegal workers whose presence fans security concerns. The Philippines currently hosts approximately 250,000 Chinese migrant workers in its online casino industry.

The Philippines is enjoying a massive flow of revenue from online gambling taxes, the majority of which are actually coming from Chinese players using proxies to get through mainland government firewalls. This may be a form of economic revenge from the Philippines, who has long endured territory disputes with China over the West Philippines Sea.

Like China, Thailand also has very strict laws, banning all types of gambling, both online and offline. The only two exceptions to Thailand’s anti-gambling policy are horse racing and the nation’s lottery.

The growing popularity, however, has caught the attention of child protection advocates, with concerns about the possibility of exploitation to lure more young people into gambling. About 3.6 million youths are involved in some forms of illegal gambling, according to the Bangkok Post, with 2 million being male.

Online gambling regulation has become critical now as the internet is easily accessible. While it normally takes months to shut down an illegal online gambling site, it only takes a few minutes to create a new one.

As eSports’ popularity increases, brands are looking to reach younger audiences who aren’t watching gaming on traditional television channels. Analysts have been predicting for years that eSports have the potential to break into the mainstream market, and it seems the time is closer than ever.

Over the last twelve months, eSports streaming has increased 41%, according to analysis of platforms like Twitch, YouTube Gaming, and Mixer. With a total audience of around 380 million viewers in 2018, it is estimated that this growth will only continue to around 557 million users by 2021, according to Newzoo, the global leader in gaming and e-sports analytics and market research.

While eSports’ primary demographic continues to be primarily young males, it turns out that around 35% of internet users between the ages of 55 – 64 have become aware of video game tournaments, though that doesn’t mean they’re watching eSports.

In a US and UK based survey of non-viewers of eSports between the ages 16 – 64, 36% responded that they prefer traditional sports, while 35% simply said they’ve just never explored esports.

Despite that, the fact that older generations are aware of the popularity of eSports is seen as a positive. While the primary sponsorships and advertisements in esports have always come from companies affiliated with gaming lifestyle, it turns out that an increased number of non-relevant industries are interested in advertising to esports viewers.

Overall, eSports advertising revenue is expected to top $200 million by 2020, and the overall global market size to reach $1.65 billion.

So, as we prepare to close out 2019, the entertainment industry has a few different trajectories it can take, with strong emphasis on video-streaming and online gambling and sports management. 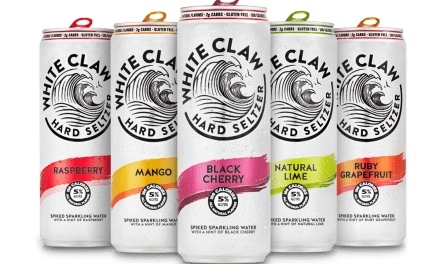 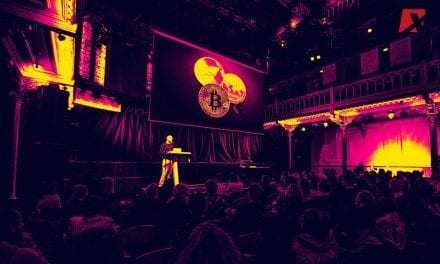 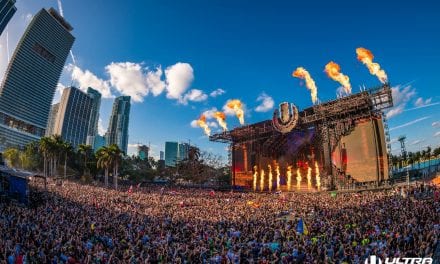