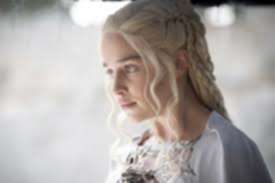 Now that Game of Thrones is coming to a close, one of the shows stars is coming forward to talk about the major health issues she dealt with from the shows start back in 2011. Emilia Clarke penned an essay that was released in The New Yorker on Thursday titled “A Battle For My Life” that follows her experiences dealing with two brain aneurysms over the last decade.

The essay begins in 2011, around the start of Game of Thrones. Clarke suffered a massive headache one day while working out, only to later find out it was an aneurysm. “I reached the toilet, sank to my knees, and proceeded to be violently, voluminously ill. Meanwhile, the pain—shooting, stabbing, constricting pain—was getting worse. At some level, I knew what was happening: my brain was damaged,” says Clarke in the essay.

Once Clarke was diagnosed at a local hospital with a Subarachnoid Hemorrage (SAH), a particularly dangerous type of stroke. The stroke is caused by bleeding in the skull around the space surrounding the brain. Urgent surgery was supposed to relieve the bleeding of the hemorrage, but it would still have some complications.

Clarke had developed aphasia as a result of the stroke, which is the common issue with stroke victims where they have trouble remembering simple things like the day of the week, their home address, or even their own name. “I could see my life ahead, and it wasn’t worth living. I am an actor; I need to remember my lines. Now I couldn’t recall my name,” she said in the essay.

The aphasia passed, and Clarke could return to her normal life—but that wasn’t all that would happen. Later, Clarke would develop a second aneurysm. Another surgery would have to be scheduled to treat this one before it become an SAH. Once the growth had doubled in size around the time Season 3 was airing, Clarke had to get another surgery. Only this time it didn’t work. The hospital had to do a second surgery. This time, it would be more invasive. “I emerged from the operation with a drain coming out of my head. Bits of my skull had been replaced by titanium,” she penned.

Once Clarke had gone through the second surgery it was time to recover one more time. “I spent a month in the hospital again and, at certain points, I lost all hope. I couldn’t look anyone in the eye. There was terrible anxiety, panic attacks,” she wrote about her recovery in a New York hospital. Worried that the media would soon pick up on her illness, she denied it vehemently after a National Inquirer rumor was released.