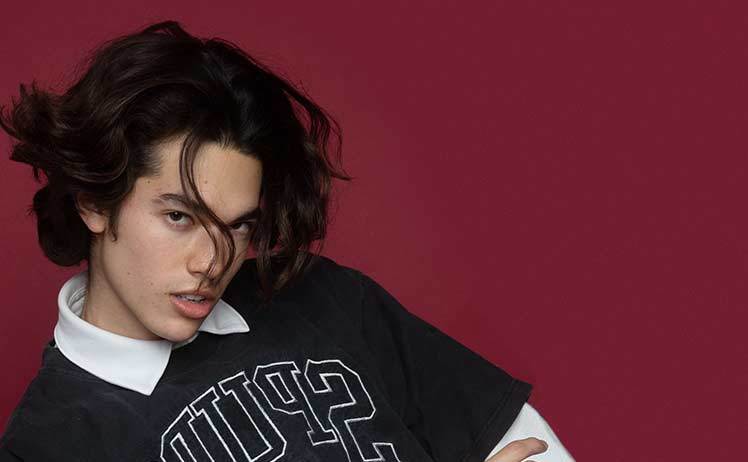 What does Conan Gray have up his sleeves? The 21-year-old singer and songwriter posted a teaser on Saturday about his upcoming debut album, with a short-but-sweet tweet: “my debut album is coming. hints all week.”

On Sunday, he quoted said tweet with the first of a few clues, with more to be dropped during the coming days.

Who is Conan Gray?

You may be reading this, wondering who Conan Gray is or how he gained so much popularity in such a small amount of time. Gray started out on YouTube in 2013. His content mainly consisted of videos about his life in Georgetown, Texas, including song covers and original songs. By 2017, his channel had over 25 million views total.

That same year, while gearing up to move to Los Angeles and attend UCLA, his original song reflecting on said life in Texas, “Idle Town,” went viral. It gained 12 million YouTube views and 30 million streams on Spotify.

In the midst of this success, Gray took a hiatus from school to focus on his career and released his EP, Sunset Season, in 2018. The extended play included the previously mentioned “Idle Town” and its main single, “Generation Why.”

Since then, he’s toured with Panic! At The Disco, embarked on two tours of his own—one of which just wrapped up in December—and surpassed one million followers on his YouTube channel. Additionally, Coachella announced him as one of many artists set to perform at its annual festival in Indio, California this April.

What Could His Tweets Mean?

Gray’s first hint was quite minimal to say the least. We see the words “announcement: 4 DAYS” and a hangman like clue—a regular thing he engages in with his fans—along with a snippet of his face and feathers. Some of the guesses looked pretty spot on, while others provided a good chuckle.

To fully understand, we will have to wait for more clues to be released in these next few days. Until then, take a peek at the music video for his latest release, “Maniac.”