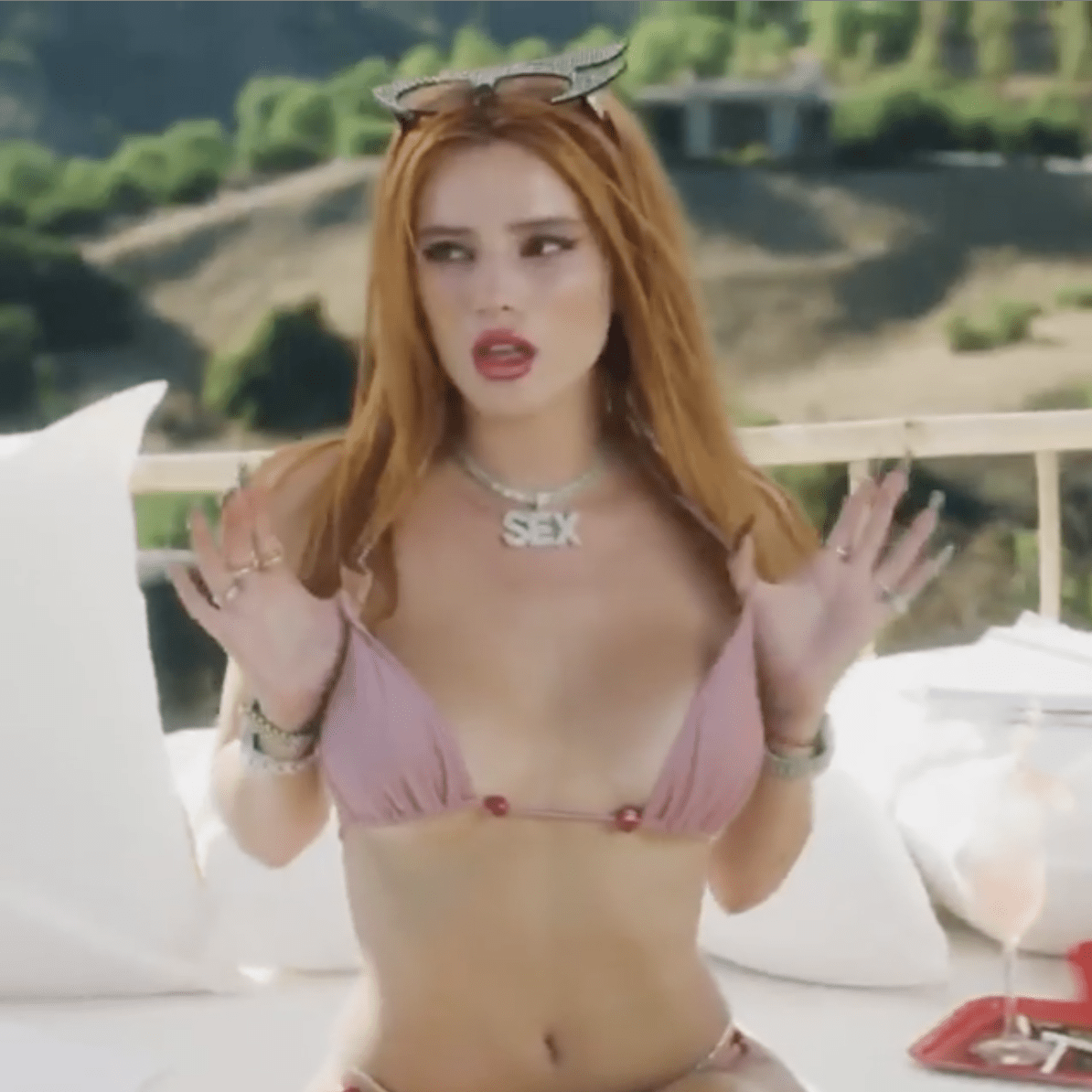 Though a celebrity presence from someone like Bella Thorne can do wonders for OnlyFans as a brand by expanding brand recognition into household notoriety, the sex workers that did the leg work in making OnlyFans a preferred subscription platform are being left behind. “I honestly wouldn’t be surprised if OnlyFans ends up cracking down on sex work in the future and turning themselves into a more mainstream platform like they originally intended now that they’ve gotten culturally relevant due to sex workers,” says Carter Cruise, an award-winning adult film star and musician.

Patreon, a similar platform that was once widely used by Not Safe For Work (NSFW) content creators, began cracking down on sex workers in 2019 when discrepancies with its payment partners meant that it had to change its policies surrounding what creators were allowed to accept payment for. Similarly, Tumblr also began cracking down on NSFW content in 2019, forcing many of the artists that made the platform so popular to seek other blogging sites that would help them promote their content. Unfortunately, many of their audiences did not follow.

Tumblr also had trouble with the AI software that was implemented to find and flag nude content when it was purchased by Verizon, but the AI was a bit premature and ended up flagging content that didn’t depict nudity or sexual acts at all. As a result, creators were forced out. Like OnlyFans, the liberal policies of both Patreon and Tumblr in their early days enabled sex workers to safely work remotely and still earn a living. But once those platforms got popular enough, the companies no longer wanted to be associated with sex work.

“I’m well aware that OnlyFans isn’t just for sex workers,” says Kat, a creator on OnlyFans. “But sex workers really made the platform what it is now. If it wasn’t for the sex workers in the beginning posting their content no one would know that people also use the platform for workout routines, to showcase their art, or their music. It’s a platform for small time creators and I personally think it’s unfair for people who have money in the millions to be joining a site that caters to middle class or lower class individuals,” she says. Because of the pandemic, many sex workers that danced in strip clubs have been forced to find other means of income while actresses like Bella Thorne have already made fortunes elsewhere and have a means to continue making money in other ventures. Others have moved to virtual, remote work like selling content on OnlyFans for safety reasons, since the platform allows greater anonymity and the ability for creators to never put themselves in physical danger.

Celebrities that advocate on behalf of sex workers certainly help open up people’s minds to the fact that consensual sex work is a valid source of income for millions of people. With over 450,000 creators on the platform and over 30 million active users, OnlyFans has changed the sex industry completely. When they venture into doing sex work themselves, though, it often means they’re taking that income from sex workers rather than reducing the stigma surrounding the work itself. “I’m not a fan of mainstream celebs jumping on a platform for sex workers that [has] been hugely empowering for them, not even doing nudity, and then telling everyone how much money they made. It reinforces the stigma that sex work is easy money,” Carter Cruise says.

Despite movies like Hustlers that depict sex workers living lavish, high paying lifestyles in Manhattan, the reality of sex work is that most of the industry struggles to make ends meet. A 2020 ZipRecruiter report claims that strippers, on average, make around $46,169 per year. During the pandemic that number has likely shifted, but OnlyFans has enabled those sex workers to earn a living online.

“One of the main issues I have with celebrities making OnlyFans—even celebs like Cardi B who used to be a stripper or Black Chyna, now Bella Thorne —is that these celebs have the capability to make their own websites with the money they have made off music, TV, clothing deals, etc. There is no need for them to be joining a platform where majority of people are creating content to try and have a stable income especially during this pandemic,” says Kat.

Thorne says she joined the platform to research a role for a new film she’s doing with director Sean Baker, though production is apparently still years away from coming into fruition. “I also just don’t really fuck with mainstream celebs dipping their toes in sex work to seem edgy but not doing it all the way so they don’t have to actually deal with the stigma,” says Cruise. Thorne recently posted on Twitter to clarify that she’s not using OnlyFans to sell nude content.

The actress now faces additional criticism from sex workers that utilize OnlyFans for their income after it was revealed that she allegedly used a bait and switch method to get subscribers on the platform. There are reports on Twitter that OnlyFans users were told that they would be purchasing a nude photo, but found that the photo wasn’t fully nude once they paid the reported $200 price tag. Now, creators on the platform are reporting that OnlyFans has put a cap on how much creators can charge—signaling a major income change for many sex workers that use the platform.

OnlyFans, though, claims that Thorne did not inspire the change. In a comment to Grit Daily, a spokesperson for OnlyFans said, “Transaction limits are set to help prevent overspending and to allow our users to continue to use the site safely. We value all of the feedback received since this change was implemented and we will continue to review these limits. Our objective remains to provide the best platform possible for the OnlyFans community. We can confirm that any changes to transaction limits are not based on any one user.”

“Whatever Bella Thorne —as well as other celebrities—have suddenly decided to do with OnlyFans is not sex work and is making a mockery of sex workers (who can’t even get pandemic financial assistance) because they’re greedy,” says another OnlyFans creator named Em. “Patreon exists and I suggest they use that instead of taking away the last thing that sex workers have to survive during this time,” Em says.

“Also, me as well as all my friends who have been in the industry or have been making porn for years can barely get by sometimes with that platform and it’s revolting to see this girl exploit her D-List fame for attention and wealth when there are sex workers getting evicted from their homes because they can’t make ends meet right now,” says Em. OnlyFans, which is owned by CEO Adam Nathan, currently takes around 20% of the income generated from its creators. With many OnlyFans creators selling subscriptions in the $5-$25 per month range, this means that creators often have to utilize other social networking sites to funnel subscribers onto their OnlyFans account—the only problem is that many social media sites won’t allow that.

“I have yet to see any mainstream people who post a link get taken down” Cruise says of celebrities that have promoted their OnlyFans accounts on other social networking sites. Many OnlyFans creators struggle with getting their OnlyFans profile links removed, or being flagged for posting NSFW content by promoting the fact that they sell content on OnlyFans. In fact, there’s an entire niche of TikTok dedicated toward educating sex workers on how to promote their OnlyFans content without being reprimanded on various social networks, but Bella Thorne was able to effectively market her OnlyFans through an Instagram post. “So the people who depend on it for their income are punished while the people dipping their toes in who don’t rely on it are allowed to promote,” says Cruise.

Grit Daily has reached out to OnlyFans for confirmation on the newly implemented price cap and will update this piece as necessary.