Considering 2020 is being heralded as the year of Industry 4.0, it’s no surprise that sourcing for automation equipment and industrial robots is gaining significant momentum. But what may be surprising is the speed at which this industrial sourcing – and predicted future growth of these Industry 4.0 technologies – is skyrocketing.

In its Artificial Intelligence & Robotics: Industry Report and Investment Case, NASDAQ said industrial businesses worldwide spent $11 billion on robots in 2015. This year, sales are expected to hit a new record of $16.4 billion.

According to the International Federation of Robotics (IFR), shipments of industrial robots are expected to reach 465,000 units by the end of this year before increasing to 584,000 units by 2022. The IFR also notes that more than 2.4 million industrial robots are currently operating in global factories; Between 2020 and 2022, that number is expected to almost double.

This amplified interest in and adoption of automation technology and robots is clearly reflected in industrial buyer behavior. As manufacturing facilities go digital, procurement professionals are hustling to connect with new suppliers who can provide the technologies needed to meet this increased demand.

On Thomasnet.com®, the industry’s largest and most active buyer/supplier network, our data analysts have been closely tracking sourcing activity for Industry 4.0-related technologies and components. Our data shows that sourcing for automation equipment has increased 137.8% year over year (YOY), manufacturing automation equipment has grown by 184.6% YOY, and automation engineering services has jumped by a massive 284.7% YOY.

Why Are Industry 4.0 Technologies So Appealing to Manufacturers?

In light of recent advancements, including more intelligent robot components, improved connectivity and inter-robot communication, and enhanced usability, robots can now be integrated into even more diverse applications across the industrial sector. While upfront investment costs are still relatively prohibitive for many industrial SMBs, larger-scale industrial businesses are adopting more robots and incorporating more automation technology than ever before.

The Future of Robots: Integration by Industrial Sector

This major growth in automation technology and robots worldwide is primarily fueled by the automotive and electrical/electronics sector, which makes up half of the industrial robotics market – though other markets, such as logistics, medical, and maintenance, are now also realizing the advantages and adopting similar technologies.

Statista projects the industrial robotics market size will surpass $18 billion by 2025, with $6.9 billion attributed to automotive applications, $5.4 billion in electrical/electronics, and $5.8 billion in other industrial sectors.

As vehicle production becomes increasingly individualized and the broader automotive landscape grows more competitive, the use of automated processes and robots during assembly will become even more essential to this sector’s output; automotive companies were responsible for 30% of all robot installations in 2018.

125,580 new industrial robots were installed in automotive production facilities in 2018; the United States ranked fourth worldwide for installations. In 2020, the automotive sector accounted for $5.91 billion of the overall global industrial robotics market.

Close on the heels of the automotive industry and vying to claim the top spot in robot integration, the electrical and electronics sector was responsible for 25% of all 2018 industrial robot installations with 105,150 units.

With 10% of all robot installations in 2018, the metal and machinery market installed 43,500 units that year and is expected to be valued at just over $2 billion by the end of this year.

While it seems current media attention on the cobot segment of the robot market might be a bit overeager – IFR says that cobots only accounted for just over 3% of all robot installations – it’s rightly deserved when looking ahead at their future growth potential. While adoption was initially off to a slow start with only 14,000 units installed in 2018, sales are anticipated to jump 110% by the end of 2020 before growing another 357% by 2025.

The Future of Automation Technology and Robots

Considering the varied applications already available for automation and robots in industrial settings, the future is bright for the Industry 4.0 technologies; While only 8% of U.S. companies have already implemented robotic systems, 24% say they plan to incorporate autonomous robots and assistance systems within the next two to five years; 20% plan to do so even sooner, within the next 12-24 months. 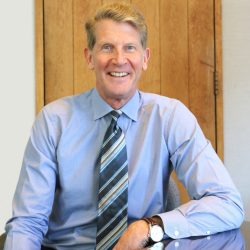 Tony Uphoff is a Contributor to Grit Daily News and the President and CEO of Thomas. Before joining Thomas in January of 2017, Tony served as CEO of Business.com, where he led the turnaround, build out and successful sale of the company in June of 2016. Prior to Business.com, Tony was CEO of UBM TechWeb, where he led the transformation of a declining print-centric business into a fast-growing digital media, live event and marketing services powerhouse.  He also served as President of VNU Media’s Entertainment Group and Publisher of The Hollywood Reporter, building out and expanding the brands via digital media and live events. Uphoff was the founding CEO of Internet Media company Beliefnet and served as Publisher of InformationWeek in the mid-90s, growing the brand into the largest in the history of B2B media. Uphoff also served in several key management positions at Ziff-Davis during the company’s rapid growth in the early 1990s. Tony anchors the popular weekly Thomas Index video reports and has been named “Folio Forty C-Level Visionary” by Folio Magazine, “Top Media Innovator” by Mins B2B and is regularly named in the Top 100 business media execs by B2B Magazine. Uphoff serves as a Trustee of Linfield College, sits on the board of HIMSS Media and serves a mentor at Mucker Labs.