Is $128 million worth it to keep a tech conference in town?

“Yes” is the apparent answer from Lisbon, Portugal, which cemented its reputation as a tech hub and celebrity haven year round in no small part due to its status as the host of Web Summit, the conference that brings over 60,000 attendees to the (once much sleepier) city. Now start ups move to Lisbon in droves, making Lisbon’s broader bet on Web Summit look like a good investment.

Lisbon’s latest ten year deal for $128 million was a landmark one as the city looks to double down on the partnership. A similar, smaller, Eastern counterpart, Webit is looking to capitalize on the trend.

Capitals all around the world, from Amsterdam, and Paris to London, have sprung forward to offer to host the lesser known Webit which has so far found a home in Sofia, Bulgaria for the last few years. By its own estimates Webit claims an impact of over 60 million Euros for the host country.

If other conferences including Web Summit are any indicator, the impact is long-lasting, as the event creates new jobs in addition to making the host country an attractive destination for well-heeled tourists.

Tech founders count billionaires and multi-millionaires among their ranks. Most sponsors for tech-focused conferences hail from cash-rich tech titans globally, which, so far, eagerly cough up sponsor dollars to associated with what look like very “cool” conferences. For their favorite employees, larger employers continue to buy tickets in bulk and tie into top conferences as a sort of “retreat.”

There are but a few events of Webit’s caliber in the world. That is why it is such an important element in the continued development of Bulgaria as a country. But Bulgaria could lose it to a bigger, western rival.

What does Webit do for Bulgaria?

Possibly Webit’s biggest impact is its mark on Sofia, the capital, and Sofia’s relatively newfound claim as a “Digital Capital.”

Webit has played a major role in Sofia’s recognition as a city as well as Bulgaria as a country. Today, many modern, Western European cities are eager to host Webit now that its location appears up for grabs.

Sofia was a natural choice for Webit’s start, drawing parallels to Paddy Cosgrove’s start to Web Summit in his “home town” of Dublin, Ireland. Entrepreneur Plamen Russev founded Webit in 2008. The first event was a success, visited by over 1,000 people from 21 countries. Owing to its marketing, a chunk of attendees thought Webit was a concert rather than a startup event. Instead of being discouraged, Russev took this as an incentive to improve on the event.

Since then, the event has taken a staggering number of aspiring startups onto its stage. Just the 2019 version is expected to produce 1,500 startups and “scaleups,” a term used for later stage companies aiming to rapidly grow revenue.  The importance of events like these can hardly be understated.

Indeed, for the past twenty years, “business barometer” Forbes published relatively negative viewpoints on Bulgaria as a “scene” for technology and business prowess. That is — up until three years ago when Forbes posed the question: “Is Sofia not the new digital capital?” and featured Webit. Forbes’ statement, showing a shift in reputational winds for Sofia, could mean a lot.

Following Forbes re-casting, Bulgaria’s portrayal as a whole in international business media has been increasingly positive. In turn, the country’s improved reputation has lead to a larger share of global foreign direct investment into the country, especially in the field of technology innovation and investments.

Cities start to see the light (and dollars)

It is only as of late that bigger cities have started to notice the  impact events like Web Summit, Webit, TechBBQ (Copenhagen), Collision (Toronto), and — just last week — TechChill (Riga, Latvia) can have on the national economy. Today’s business world lives and breathes high risk and high reward.  Events like these dial that up to eleven and present the world of startups in a way that most people understand.

You can expect more countries to get interested in joining the tech conference circuit. With even the general public attending,  in 2018 Webit broke records with over 10,000 people attending from over 111 countries. Similarly, after last year’s pledge, Lisbon, Portugal expects up to a $3.5 billion economic impact. Or at least that’s the buy out clause figure in its contract with Web Summit.

Events like Webit market cities well in the current business atmosphere, making them a potentially attractive investment for bigger cities playing catch up on the tech-savvy playing field. While investing in coal, oil or a similar line of business can take decades to pay off, creating the atmosphere of a startup culture can pay itself off in just a few years. 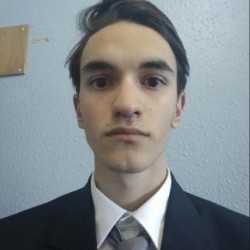