Is #TeslaPaintIssues the next headline hurdle for Tesla?

Tesla’s brilliant and eccentric founder, Elon Musk, has found himself and his company swept up in various negative publicity over the past year.

But just as light appears at the end of the tunnel for the storied carmaker, one more story threatens to cast a shadow on the exit. And it doesn’t deal with hypotheticals about future stock prices, where will Tesla be three years from now, or Elon Musk and his unfiltered tweets.

Instead, a growing group of Tesla owners on two continents are fed up after just a few months of owning their vehicle. Why?

Paint and patience have much in common

The paint is wearing off — in some cases after just 1,300 miles of owners driving their Model 3. And it is not just happening to one or two owners. There’s a group, dozens now, who have the same issue. In Finland alone, 15 people have noticed issues with their paint after driving fewer than 4,000 miles.

As the paint wears, patience is wearing thin for this group of disgruntled owners. The issue was brought to my attention when two owners — Joni Savolainen from Finland and Roger-Pierre Gravel from Canada, started a group complaint on the consumer resolution site I run called No No No. I was surprised when we started digging deeper and asking the owners questions.

My thought was, perhaps this was an example of people being overly protective of their shiny new Tesla. I get it — these are kick-ass cars and you’ve paid good money for them. You want them to look nice and have that “new car feel.”

But, when I started seeing some of the pictures, I was blown away. This wasn’t just an isolated scratch in a small part of the car. For one owner, the paint started to wear off from the rocker panels, front fenders, rear fenders, and both front doors after just over 1,000 miles of driving.

Joni and Roger-Pierre have reached out to Tesla for some kind of resolution. But Tesla has claimed these issues are not within its warranty.

Probably not at 4,00o miles

Tesla’s response was the owners should have realized to protect their cars with mudguards and paint-protection film. Joni and Roger-Pierre countered noted that “If this was the case, why didn’t Tesla advise Model 3 owners about this in advance?”

You can see the frustration and passion for the issue when they write in their complaint that:

The difference in quality between a regular paint quality and Model 3 paint quality is so obvious that it is unbelievable how Tesla is refusing to admit these issues are due to its poor production quality.

Seriously – paint wearing out after 1300 miles is normal wear and tear?

This issue has already been escalated to consumer protection authorities and Tesla owners in Canada and in Finland are looking into the possibility of suing Tesla. And the movement continues to pick up steam. There is a list of more than 100 owners who have given their names and there are still many more complaints in forums and online elsewhere.

The disgruntled group created a Facebook group called Tesla Model 3 owners worldwide with paint issues to organize and further the discussion and use hashtags #TeslaPaintIssues and TeslaQualityIssues to get the message to the masses.

As a fellow entrepreneur and someone who genuinely looks up to Elon Musk, I really hope there can be some kind of resolution here. I hope the message gets to the right people and is heard loud and clear. Ultimately, I hope that both the owners and Tesla come away feeling like a fair resolution is reached.

Or, maybe we are all watching paint dry and will have to wait a long time to see how this plays out. 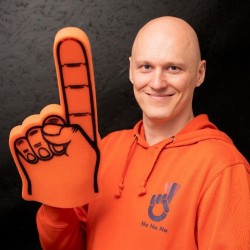 Jaakko Timonen is a Columnist at Grit Daily. He is an the founder of No No No, a startup that brings together consumers and businesses to resolve complaints transparently. Learn more at nonono.com or find him on Twitter at @jatimonen.