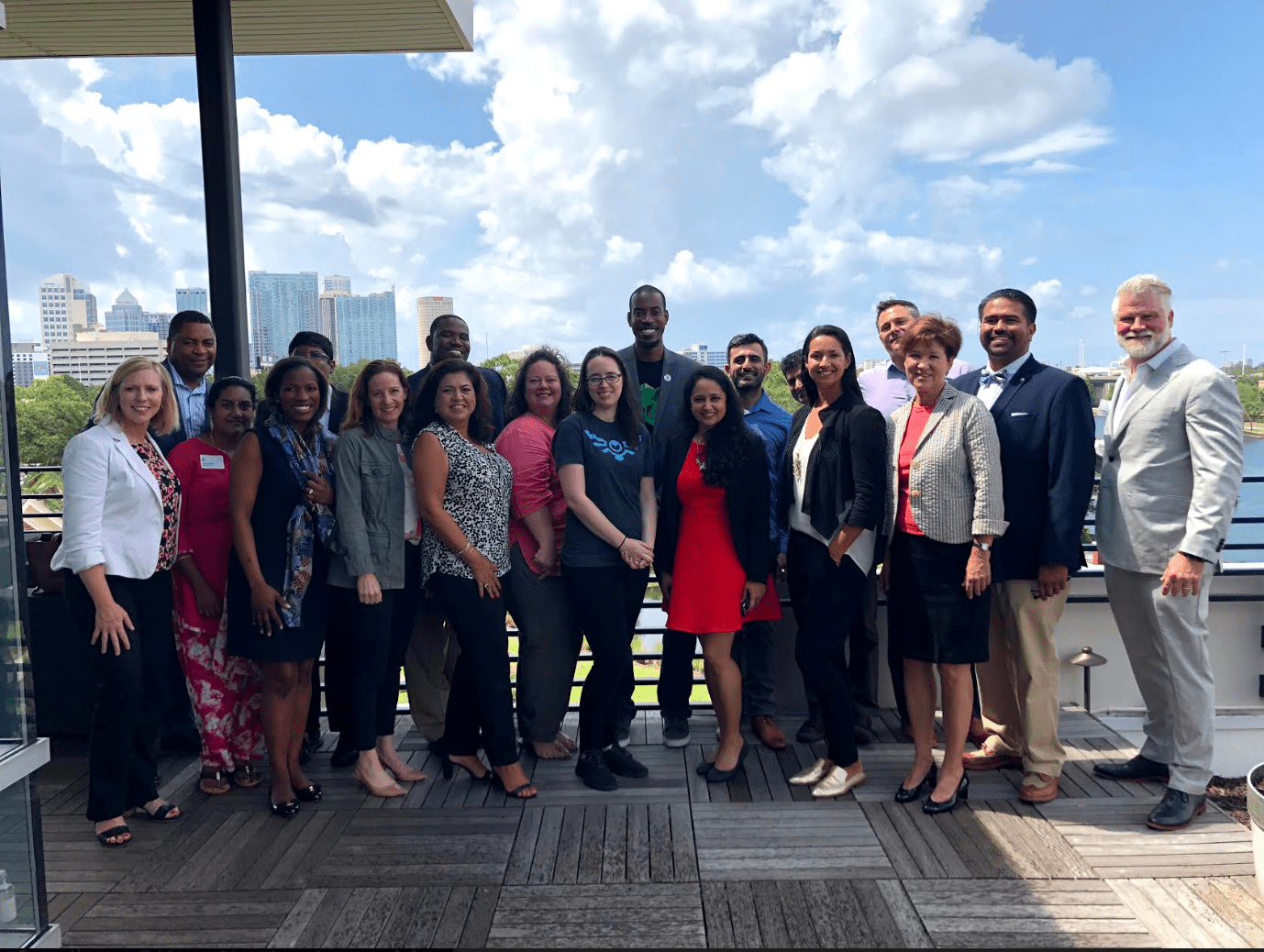 This week, Tampa Bay Wave kicked off its 2020 Tech Diversity Accelerator Program, powered by The Nielsen Foundation. The program focuses on diverse founders. It requires that the startups are 51%+ owned or operated by a minority, woman, veteran or lesbian, gay, bisexual, transgender person, or a combination thereof.

The Tech Diversity Accelerator, now in its third year, normally accepts between 8-12 startups for its 90-day program. But, it was inundated with such talent this year, that they increased the cap to 15. Grit Daily spoke with Dr. Richard Munassi, TB Wave’s Cohort Director, who says, “Top to bottom it’s probably the best class that I feel has come through Wave.”

Tampa Bay Wave received hundreds of applicants for their Tech Diversity Accelerator Program. But, first and foremost, they look at founders because Tampa Bay Wave has a ‘founder first’ outlook when it comes to supporting startups to become scalable. They also try to align what Wave has to offer with what the company needs. Also, to see if the timing is right in the market for the technology being offered, as well as whether they have initial traction. Dr. Munassi says, “We are looking for companies where we can provide fuel to the fire.”

Tampa Bay Wave is one of the world’s few nonprofit accelerator networks, and it utilizes internal programming and a robust mentor network that includes technology experts, lawyers, corporate leaders, HR specialists, and successful technology entrepreneurs. They help the startups in the cohort achieve milestones at a faster rate, facilitate investor conversations, help open up the region to them for business, and help to fix any internal issues they may have within their structure.

A Closer Look At The Startups

Some of the startups accepted into this year’s program include: Free to Feed. It’s a Boise-based company that sells a test strip to identify allergens in breast milk. Solo Funds, a Los Angeles-based mobile microloan platform for peer-to-peer lending between $50 – $1,000. Also, Vincere Health, a Boston-based telehealth platform. It uses monetary incentives to encourage users to quit smoking, which won Harvard’s President’s Innovation Challenge Award earlier this year. Only two of the startups are from Tampa Bay, and the program even accepted two international candidates – both from Chile; Cicla, a 3D printing filaments company, and Eskaud, a mobile application that generates reports for field teams.

The backgrounds of the founders of the cohort companies are worth highlighting. Several have had successful exits from their previous companies; multiple companies are alumni from top tier Accelerator programs such as Y Combinator, TMCX, Zeroto510, and Techstars. There are multiple Ivy League educated founders, including MBAs from Wharton and Harvard. Also, multiple PhDs and an MD, as well as MBAs from Northwestern and Stanford. Several founders have significant corporate experience with companies such as Amazon, Medtronic, Visa, Deloitte, Cisco, and more. There is an active National Guardsman as well as a military veteran who is also a Tillman Scholar and PhD.

On June 23rd, Tampa Bay Wave will also put on a virtual panel, entitled “Supporting Diverse Startups to Build Thriving Ecosystems.” It’s hosted by NPR’s Chief Diversity Officer Keith Woods. Though it’s an annual event, the timing is opportune. The current political climate around race relations and discussions about how diverse groups are treated in America are a priority right now. The panelists include: LaKendria Robinson, Director of Business at Connect & Community Outreach on the Tampa Bay Super Bowl LV Host Committee, Dr. Jose Morey, Health and Technology Speaker and member of the Forbes Technology Council; Anna Mason, Partner at Rise of the Rest Seed Fund at Revolution, LLC; and Andy Stoll, Senior Program Officer at the Kauffman Foundation. Before the discussion, each of the startups in the cohort will present a short video introducing their business. This is to usher in the conversation about diversity within tech startups.

While many companies are changing long-held practices to show the world that they are committed to diversity, Tampa Bay Wave was ahead of the curve. They have always trended toward diverse founders because Tampa is a diverse city. According to Dr. Munassi, the current and former mayors of Tampa have welcomed diversity. They have made it a top-line issue, letting everyone know that Tampa is a welcoming environment for people of all backgrounds and genders.