Entire industries made significant adaptations in the last year in order to survive. Among them is the entertainment industry. Long monopolized by large conglomerates and corporate ladders, it can be difficult for those starting out to find the connections they need to succeed. Many aspiring hopefuls move to Los Angeles or New York to meet […]

Entire industries made significant adaptations in the last year in order to survive. Among them is the entertainment industry. Long monopolized by large conglomerates and corporate ladders, it can be difficult for those starting out to find the connections they need to succeed. Many aspiring hopefuls move to Los Angeles or New York to meet people in the industry, but once there, they don’t know where to begin.

An increase in the number of streaming services in the last year combined with a fundamental shift in the way movies were released during the COVID-19 pandemic, left many production studios and executives with questions about sourcing content. Streaming services are keeping up the pace, continually releasing content—and people are watching. Many theorize that movie theaters will not die out, but have to fundamentally change their offerings—becoming more of a complete “night out” experience—in order to appeal to customers. The race is on to create compelling content and user experience. Industry leaders should feel the pressure.

Entertainment doesn’t seem like a space where people would value collaboration over competition, but that’s the direction the industry is headed. In order to create competitive content, leaders need to think outside the box and broaden their reach. But how is an aspiring screenwriter, actor, or filmmaker to connect with someone decades into their profession? How much time can executives spend sifting through thousands of submissions in order to find the best of the best?

There is one platform that is removing barriers in order to democratize the entertainment industry. Stage 32 serves as an educational and networking platform that has swiftly become the LinkedIn of entertainment. In the last ten years, they have become an essential tool for artists and executives alike, forging connections across the globe and catapulting individuals to success. Serving over 750,000 members worldwide, the artists and executives on this platform have a direct line of communication with major streaming platforms, such as Netflix, Peacock, and HBO Max. While all of this is a once-in-a-lifetime opportunity for those starting out in the industry, one of the main things the team at Stage 32 prides themselves on is how they foster community and connection in an industry that can be quite discouraging.

“One of the reasons why the education and development services we offer are so unique is that they create the community and help each one of our members hone their craft. We escalate content past traditional hurdles and get writers beyond the gatekeepers and onto the desk of the final decision-makers,” Richard “RB” Botto, Founder and CEO says. Some of their illustrious connections include the writers of Pixar’s Inside Out, composer Terence Blanchard (BlacKkKlansman, Harriet), showrunner Mickey Fisher (Netflix’s Firekeeper’s Daughter, The Strain, Reverie), director Tyler Gillet (the new SCREAM), and more.

During 2020, people increased their social media usage while sheltering in place and social distancing. But with the increase came a new specificity—people became more particular about which platforms they would use. TikTok saw a surge in users, while others saw a decline. People wanted content that added value to their lives and a distraction from the negativity happening around them. Innovators in the entertainment industry, who are becoming more closely aligned with social media sites as more content and celebrity are being created via social media, are taking note. There is a push to infuse the entertainment world with a sense of positivity to foster deeper connections and collaboration.

“Community is sort of a buzzword. It’s difficult to create an online community in this business in particular,” RB remarks. “Even though there is a lot of negativity and rejection, we are becoming more tribal and collaborative. It is important that like-minded artists come together and give each other feedback on their work since many artists don’t get this level of support outside of their industry.” He explains that his goal is to “do everything we can to create a positive environment, so that people can create the best work possible.” This sense of positivity and collaboration among creatives will not only lead to more and better content, it will also open the doors in the industry to allow more access and diversity than ever before. 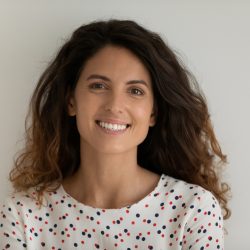