RTO vs. WFH: How to Prioritize Both Face Time and Flexibility

As companies try to make the conversion to a full-time return to office, is prioritizing “face time” over flexibility and asynchronous work the right move?

The gladiator-style battle between WFH and RTO isn’t close to done. Whether we “return to normal” or transition to a “new normal,” workplace culture and employee priorities are rapidly changing, and so is the way we measure the performance and outputs of our colleagues.

Quick story. My dad worked at Goldman Sachs for 25 years. Goldman prides itself on a culture of excellence. They offer prestigious, well-paying jobs in the highly-competitive banking industry. For my dad’s entire life – and most of mine – Goldman has been the place to be.

Back in March, Goldman Sachs CEO David Solomon ordered company employees to return to the office (RTO): full-time, five days a week. Roughly half of the 10,000 employees based in Goldman’s Manhattan headquarters showed up for work.

In a hybrid and remote working world, Goldman’s first attempt at a “return to normal” was underwhelming. And let’s not put it all on Goldman, either. Even new-age Silicon Valley tech giants like Facebook and Google have tried to bring employees back with mixed results. And we see more and more companies pushing for a full return each week.

Does the relative RTO failure signal a crumbling of the corporate culture as we know it? Or are these leadership teams just the ones brave enough to order their employees back, eventually opening up a stream of other workers flowing back towards their city skyscrapers?

I think we can challenge the assumption that work needs to be done in person. It’s scary to turn away from decades of work methods: where synchronous, face-to-face meetings and handshake deals are how business gets done. But increased flexibility can improve the quality of life for employees and their companies. Asynchronous communication – done on one’s own schedule without the need for simultaneous collaboration –  often yields better results with the right tools.

The culture of “face time”

It’s hard to separate the culture of “face time” from management’s push to return to the office. The desire to return to the office could have been based on a number of factors: a drop in certain KPIs, pressure from key clients, increased turnover without the magnetic pull of a central office, or employees feeling disconnected from coworkers.

Or maybe it all comes down to culture. Many “legacy” companies appeal to employees because of their prestige and high salaries. This comes with a cost. Some employees, especially entry-level ones, have traditionally dealt with rigorous and confusing schedules. Some junior staff have reported spending 10 hours in the office, doing very little work, before they’re given a series of menial tasks that keep them in the office through the night. Being in the office was expected. It showed your dedication to the job.

These storied legacy institutions operate on a policy that prioritizes “face time”; you’re required to be in-office, on-call for clients as much as possible, whether you’re working or not. It’s a traditional way of thinking that directly opposes everything that WFH stands for – working on your own terms, not the company’s terms.

I’m not saying the “face time” policy is inherently wrong. It is the traditional way and led many to what has been considered the standard for achieving the “American Dream”. This commitment to return to the office, however, shows that some companies aren’t interested in a “new normal” or remote work.

Do forced returns tell us that “returning to normal” is more popular than we might think?

Peter Cappelli, a professor at the University of Pennsylvania’s Wharton School of Business, told CNBC he expects a “stampede” of companies to follow Goldman’s lead.

These companies might succeed in bringing everyone back, but will they experience increased turnover if they get their way? Probably. Employees might take their talents to a company with more remote flexibility. Some might be willing to take a sizable pay cut to do so.

Companies that prioritize in-office work are betting that their culture of face time will make up for any productivity lost from employee turnover.

What if the “new normal” – with more asynchronous work and communication – is better than traditional methods?

The push to get back to the way things were before the pandemic has been, understandably, led by executives. According to a survey from Slack’s Future Forum Pulse:

This data suggests executives crave the structure of the office setting. They likely feel more comfortable when they can see and interact with their employees, and believe that work is done better in person.

But what about what their workforce wants? Companies that mandate even three days in the office are probably going to annoy two out of every three employees. The long-term effects of that discontent are bound to be more harmful than any perceived drop in productivity from a remote or hybrid culture.

We can challenge the assumption that work needs to be done in person with asynchronous communication.

We can all want to work from home, but we also have to prove that we can work better from home.

The companies demanding their employees return to office believe that synchronous, in-person face time is irreplaceable. However, the workforce has shown its ability to thrive without meetings and late nights in the office. Companies that embrace remote, asynchronous work will become landing spots for top talent and see better results.

The way you communicate changes when you’re not blurting out half-formed thoughts in a meeting or a desk-side chat with coworkers. We’re much more careful about how we deliver our message when we type out an email. If we record ourselves giving a company update – instead of delivering that to a crowded room of people – we can think through and analyze our words before we use them.

Documentation and clarity of communication will improve.

As wonderful as meetings are, in order to reference them again, you need to have a 1) note-taker, 2) a document and 3) a transcription. Compare that to communicating through a dynamic Slack channel, or with a video message. We can spend less time posturing (and avoid future meetings) if we can go back to the source on our own time.

Every employee has the flexibility to work the way they want to.

We know the benefits of remote work – flexible schedules, less commuting, etc. Additionally, remote and async work give different people with different personalities and work styles the chance to thrive. Not everyone wins a room simply with their smile. Some people might do their best work alone, away from distractions from coworkers. Others might benefit from the time to clearly develop and communicate their thoughts with async tools.

The “Pandora’s Box” of remote work is open. We can’t close it now.

We’ve gotten a taste of flexible schedules and async work. Employees have more options and opportunities than ever before. Inevitably, people will seek positions that meet their preferences and let them work how, when, and where they want.

Time will tell if companies that rely on in-office workers will outperform the remote, asynchronous work trends that are successful for everyone else. 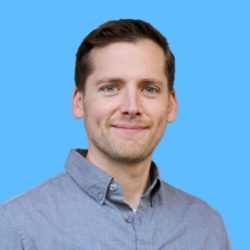 Scott Smith is the CEO of CloudApp, a product that helps millions work faster. CloudApp has been recognized in the last 8 quarters as one of the Top Software Companies in the Sales Enablement Category, and is used by tens of thousands of businesses. Before CloudApp, he spent three years at Facebook building ‘Workplace’, a workplace collaboration tool with over 3 million paid users as one of the founding team, and helped kickstart the business arm of the ‘Parse’ developer platform. Parse was a Y Combinator-backed startup that built a mobile technology platform that Facebook acquired in 2013 for $85m after raising a Series A. Before Parse, he was the 30th employee at bootstrapped and profitable New Hampshire tech company Dyn. Dyn was an infrastructure as a service company that built internet routing technology for the internet's biggest and fastest-growing brands (Amazon, Twitter, Netflix). They raised a $38 million Series A, and were acquired by Oracle for $600m.