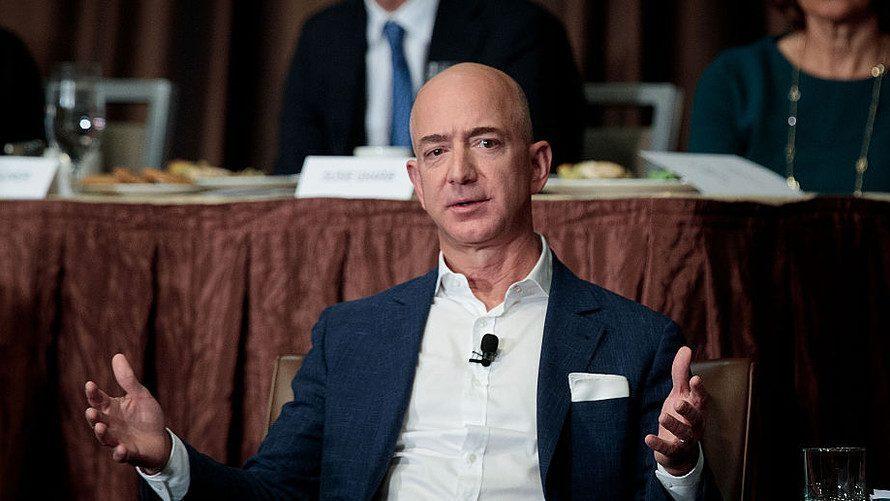 Amazon has a knack for moving into new vertical segments and then applying its logistical mastery and economies of scale to carve out margins and undercut incumbents. Then, it doubles down by scaling things up to its signature high-volume/low-margin approach. As Jeff Bezos ruthlessly admits, “Your margin is my opportunity.”

The latest place for this to unfold is retail. No, we’re not talking about Whole Foods, though that’s part it (more on that in a bit). We’re talking about Amazon’s transformation of the in-store experience — upending and streamlining logistics just like it’s done in shipping and cloud computing.

As seen in Amazon Go stores, this involves several innovations like in-aisle transactions governed by a system of ceiling cameras and computer vision software. The key feature is time-saving background payments where shoppers simply walk away when done shopping (something we’ve been speculating would happen for years).

As my colleague Damian Rollison likes to say:

The most successful tech products take things we are already doing and remove friction. That can be said for transportation (Uber), communications (Twitter), and workplace productivity (Slack). In-store retail shopping could be next on that list and is ripe for disruption.

For Amazon, this started with Go stores, but it’s now clear that’s just the first pawn on its chessboard. The odd little stores are a proof of concept for a larger conquest: Retail as a service (RaaS). Just like AWS (originally an internal utility), it will spin out in-store retail logistical systems to stores everywhere.

If this sounds familiar, it’s because we conjectured that Amazon would go down this route back in January. The idea is that RaaS is Amazon’s real play for Go stores. It wants to provide the core technology as yet another diversified revenue channel and its next conquest. Whole Foods could be involved for testing beyond the convenience sub-vertical.

As we wrote then:

Amazon will likely enter RaaS by following the same [AWS] formula—first as software for Amazon Go’s needs, then spun out as a service for others. Being more direct, Street Fight is predicting now that Amazon will package Go-like capabilities as a market-defining/destroying RaaS platform in the next 24 months.

Why are we bringing it up now? Part of the prediction came true this month with a CNBC report that Amazon will bring the “Go” capability to third parties. But rather than just a back-patting exercise, there are new variables to examine, and we’ll jump on the opportunity to double down on our prediction.

First, what are the new details? As my colleague Joe Zappa reported earlier this month, the plan is for Amazon to bring cashierless capabilities to CIBO stores within movie theaters and airports.  These are natural choices if you think about it: high-traffic areas where a quick checkout (catching a flight or a movie) is natively valuable.

The new check-out paradigm will get lots of exposure from these high-traffic areas. This is likely by design (what isn’t with Amazon?), as consumer acclimation will be the name of the game. Though this will be a time-saving shopping perk that’s eventually embraced, Amazon knows any paradigm shift needs time to sink in.

The seemingly random choice of airports also has a subtle brilliance when you stop and think about it. One of Amazon’s challenges in refining this RaaS innovation is avoiding things like theft as it works out the kinks in the cashierless system. But that’s less of a concern with the captive-audience psychology of an airport.

The third-party approach also generally has economic advantages for Amazon to integrate the technology on someone else’s dime. In other words, it can achieve the above acclimation without the overhead of a full store. It’s a more cost-effective path to building comfort among consumers and RaaS demand among retailers.

After those goals are achieved, it can roll things out broadly and expand into sub-verticals beyond convenience. That’s where Whole Foods plays in as a test bed. Operational costs will also decline as its tech stack improves. It will replace ceiling cameras with things like biometrics, already underway at Whole Foods.

But where this gets more interesting is the domino effect it will have on accelerating market demand for RaaS. Streamlined operations brought by RaaS will give retailers some elbow room for aggressive product pricing (very Amazon). So, competitors will need to adopt or die, due to the ensuing downward price pressure.

Other entrants will continue to emerge as a differentiation play for alternative approaches and adjacent capabilities like Deep Magic’s Kiosks. We’ll also see some specialization in sub-verticals that compel it (big box?). This will all meanwhile engender downstream support such as RaaS consulting.

I’ll stop before I get too far ahead of myself, as all of the above is admittedly speculative (we said we’d double down). But there are several confidence signals, the least of which is that Amazon’s initial moves to kick off the above chain reaction fit the profile. Your margin is its opportunity indeed (chills).

The article Retail as a Service: Amazon Tips its Hand by Michael Boland first appeared on Street Fight.