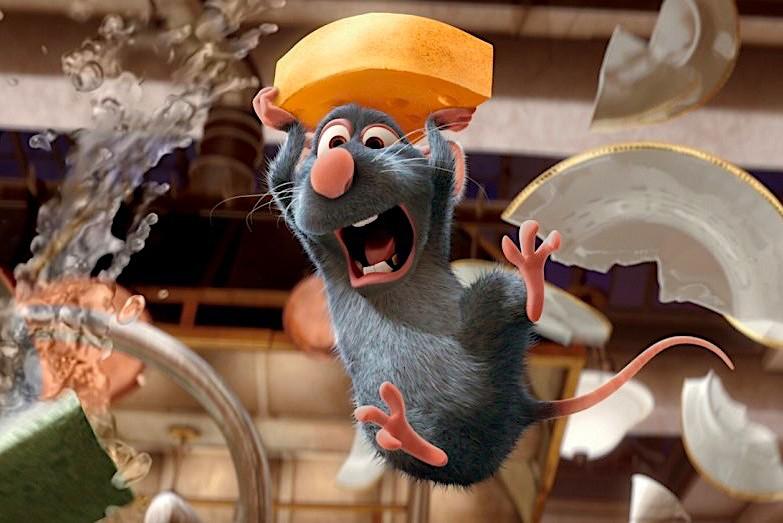 We Talked To The Creators Of The Ratatouille Musical On TikTok

When TikTok user @e_jaccs posted a sound to her account on August tenth, she unknowingly created what would later become one of the biggest viral trends of the year. The Ratatouille Musical, as creators and TikTok users have called it in recent weeks, went from a viral meme to a social media sensation after millions of users re-circulated the original song and composed their own imagined versions of what a Ratatouille Broadway production could look like. The trend attracted everyone from interpretive dancers to some of the most successful names in theater, and now even Broadway producers like Ken Davenport are using the app to scout talent. The social media trend has not only proven that TikTok and its users have the ability to influence pop culture, but that the platform can provide a doorway to careers in the arts for people that may not otherwise have such an opportunity.

Every now and then TikTok trends and their creators make headlines in the real world for their ability to showcase special talents and skills. Earlier this year, for example, the Black creator behind the viral renegade dance was given the opportunity to perform her creation at the annual NBA All Stars game. The dance became a viral hit almost overnight, sparking discussions online about how Black creators are often the blueprint for viral trends but seldom receive recognition. In the arts industry, it can often be hard for artists to find opportunity coming from a working class background. The field not only takes a lot of dedication, but money and privilege in order to find success. TikTok could upend that by giving creators an even playing field—one determined by an algorithm that measures success based on public response rather than one’s own ability to fund the lifestyle necessary to make it in the arts.

“[The song] came to me one day in my apartment in August when I was reading an article about the new Ratatouille ride coming to Disney World,” says Emily Jacobsen, the creator behind the original song that sparked the Ratatouille musical. “I’m a huge Disney fan so I like to keep up to date with news. Afterwards, the movie was in my head while I was cleaning up and I just started singing this little song to myself about the main character, Remy. I thought it was funny and particularly catchy so I decided to make a TikTok about it with some crazy visual effects and an altered voice to send to family and friends. And I sent it off and thought that was it. But fast forward two months later with the help of some exposure and sharing from TikTok superstars, the song caught the attention of composer, arranger, and musician Daniel Mertzlufft. He took my song and created a captivating musical theater arrangement that he called the ‘Act II Finale.’ His arrangement had instrumental, choir voices, choreography, stage notes, etc. It was amazing, I almost cried when I heard it for the first time. And that was the moment, between my song and Daniel’s arrangement, that the Ratatouille Musical movement was born,” she says.

In the meantime, other creators interested in musical theater had noticed the rising success of the Ratatouille musical. An account called Shoebox Musicals, run by a creator named Christopher Routh began creating shoe box sized sets for the TikTok trend, bringing the Ratatouille Musical to life in new ways. “At the time I had just finished making and filming my Wicked set which was my first big project I made during the pandemic,” says Routh. “I spent 4 weeks making it and a week doing tech for it. When the Ratatouille trend came along I saw it as a joke and wanted to add to Daniel’s sound. So I cut a small Remy out of cardstock paper and stuck him in my stage model and added lighting and projections. I had no idea that that one video would become my first viral video,” Routh says on what inspired him to create a visual element of the Ratatouille song.

Routh began posting his shoebox musicals to TikTok during the start of the pandemic after realizing that others were likely missing Broadway as much as he was. “My set model journey started a few years ago when I built my first set model in an Aldo shoebox I had in my room. Thus, shoebox musicals was born. From there my models have evolved as I experimented with new techniques to light and automate my set models. I discovered projection mapping and new projection lighting techniques to mimic stage lighting and gobo lighting,” says Routh, who now has nearly one hundred thousand followers on TikTok and a degree in theater in addition to working full time in a Manhattan dessert shop.

Routh isn’t the only TikTok creator that has contributed to the Ratatouille musical movement, though. The collaborative effort, which has thousands of contributions on the app, has become a way for theater lovers and artists to showcase their own renditions of the imagined production. “I have found an amazing community of creators through this whole experience,” says Jacobsen. “It has been exciting to work with some of them here and there to collaborate on new pieces. One collaboration I worked on was for a duet between Linguini and Colette with composer RJ Christian. RJ has been with the Ratatouille Musical on TikTok since the beginning and has created a number of fabulous pieces. When he first proposed his idea about the duet, I was unsure how we could bring it all together virtually,” Jacobsen says. Christian has created several musical pieces to contribute to the Ratatouille Musical, and helped Jacobsen further bring the trend into fruition by developing a full soundtrack for the imagined-production. “This experience was another reminder for me that so much is possible in the digital world. Even when I agreed to collaborate with RJ, I had no idea how we would get to a final product or what it would look like. It was such fun to work on with RJ and I’m so happy his idea came to fruition,” says Jacobsen.

The significance of a viral trend can often influence major companies to make decisions based on what consumers are already demanding. Some of the most successful marketing campaigns in recent years have implemented memes and internet culture into their campaigns, and in many cases what starts out as popular on social media often comes into fruition in other ways. Take Justin Bieber, for example, who found fame after going viral on YouTube. Today, viral social media culture is as much an identifier of trends as some of the most advanced consumer trend reports. Just as Instagram has had a profound impact on the modeling industry as influential figures have found and kept massive success through creating for that platform, so too will TikTokers in new, innovative ways.

“The amount of talent and creativity that people from all over the world have put into this movement has been truly inspiring to me,” Jacobsen says of how trends like the Ratatouille musical can pave the way for so many futures. “This idea of the Ratatouille musical offers a chance to collaborate towards a common goal and has become an outlet for creativity for so many. I’m in awe of the talent and inventiveness people are willing to contribute and I’m so happy to see new and lesser known musicians and performers get recognition for their work. This movement has created a great opportunity for companies like Broadway or Disney to discover new talent. When I hear some of the songs coming from these normal, everyday people, I almost feel as though I’m seeing the rising stars of tomorrow’s stage,” says Jacobsen.

Pixar, which recently gave a silent nod to the viral trend on its own Instagram page, has not reached out to Jacobsen about the musical. But both Jacobsen and Routh hope that the viral trend could both inspire companies like Disney to create such a production, or at least begin looking at social media outlets like TikTok as important talent scouting tools in the future. “I think the message that can be taken from my small part in all of this is that you have to let your creativity flow and get your ideas out there, no matter how crazy they may seem. You never know what the future has in store,” Jacobsen says.

Grit Daily has reached out to Pixar for comment and will update this piece if the company responds.