When I first met Michael Covitt and he told me about his film, “333,” I just had to ask: “What’s a nice Jewish boy from Brooklyn doing in a place like this?”

The place I was referring to was Mali, a small country in Africa which for hundreds of years was the wealthiest place on Earth, and Michael’s answer was simple if unexpected. “I’m interested in world peace.”

For some of us, talking about world peace is a joke, like something a beauty pageant contestant would say. But for Michael Covitt, it’s serious business. So serious that he put his money where his mouth is, spending seven years of his life and more than two million dollars of his own money to make a film. Now, Covitt is ready to make some final cuts and distribute the film where it will do the most good – in schools here in the US and abroad, especially in the Middle East.

It’s a fascinating film. But as a documentary, it’s not really a commercial venture — and for the world, it is more of a “need to have” than a “want to have.”

But that doesn’t deter Covitt.

During its Golden Age, Mali controlled a vast share of the global gold supply and controlled much of the world trade in salt and other valuables. Students and scholars from Persia, Egypt, Spain, Portugal, and Turkey attended prestigious universities in Timbuktu and stayed on to pen their own manuscripts.

Until a few years ago, Mali was considered one of the safest nations on earth. For years, Mali has been regarded as one of the most stable democracies in Africa. And for nearly 1,000 years, Mali has pursued its tradition of settling all differences through dialogue, tolerance, and forgiveness—tenets gleaned from these ancient manuscripts.

But like much of Africa, politics, land grabs, weapons, drug trafficking, and brutal regimes have changed the landscape of Mali. What was once a peaceful country, now has the feel of a war-torn wasteland – yet Mali’s people are resilient and long for the centuries-long peace they once had. This peace is still possible, and its blueprint is contained within the ancient manuscripts. But like the peace, the manuscripts are crumbling and must be preserved.

A blueprint for peace

Covitt believes the blueprint for peace would work not only for Mali, but for the whole world. Included in the manuscripts are directives from the Koran that instruct love of Jews and Christians as brothers, and an absolute edict against violence. There are specific instructions for conflict resolution that are as applicable today as they were 600 years ago.

Covitt’s film got a standing O when it was previewed at the United Nations. It’s an amazing body of work distilled down to a rich, meaningful documentary style film. But Covitt needs help to create new versions for school use. He also wants to hire a more recognizable narrator and raise funds for marketing and distribution on television and in select theatres. Even though he spent $2 million making the film, which represents the bulk of his life savings, in the film world that doesn’t go very far.

To be clear, Covitt claims this has never been about money. If so, he could have found a better investment for his money than traipsing around Africa. This is about making a difference in the world. The distribution of this film as well as the preservation of the Mali manuscripts could do much to alleviate the conflict in Africa, the Middle East, and even in America. An angel investor would be a Godsend, claims Covitt, who is Founding Chairman of Malian Manuscript Foundation and Executive Producer of the film “333.”

It’s not often that you get a chance to change the world, but after speaking with Covitt, you might believe that you can. 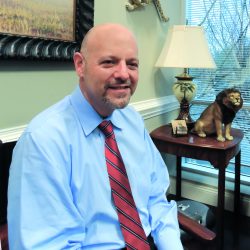