LOS ANGELES, Calif.  – The Los Angeles City Council voted unanimously Oct. 18 to adopt its resolution in support of the global Plant Based Treaty initiative.
“This landmark resolution marks a vital cultural shift as Americans prioritize both combating climate change and improving their health,” said Councilmember Paul Koretz, who introduced the resolution with Councilmember Marqueece Harris-Dawson on September 6. “As over 2,200 municipalities did with climate emergency declarations, I invite other cities to join us and endorse the Plant Based Treaty.”
The three core principles of the treaty — Relinquish, Redirect and Restore — aims to halt the widespread degradation of critical ecosystems by freezing expansion of animal agriculture, promoting a shift to healthy, sustainable, plant-based diets, and the rewilding of natural habitats. The vote by the Los Angeles City Council was taken just ahead of the annual C40 World Mayors Summit, which convenes October 19-21 in Buenos Aires. Los Angeles is the second C40 City to endorse the Plant Based Treaty, following Buenos Aires’ decision to endorse on August 9, 2022.
In addition to their support for the Los Angeles resolution, Councilmembers Koretz and Nithya Raman have personally endorsed the global Plant Based Treaty.
“LA is historically known to lead the nation in environmental trends,” said Jane Velez-Mitchell, UnChainedTV founder and veteran journalist. “What happens in LA spreads to the rest of the world.”
Ellen Dent, President of Animal Alliance Network, praised the Council, saying, “By passing the Plant Based Treaty Resolution, L.A. City councilmembers are upholding their promise of making the shift towards preventative climate change policy so directly needed for their constituents and beyond.”
The Plant Based Treaty is critically needed as a companion to the Paris Agreement to hold governments and the animal agriculture industry accountable for greenhouse gas emissions from food production.
California is home to the country’s largest dairy industry, with 1,400 dairies and around 1.7 million cows. According to the California Air Resources Board, which has a methane research program, animal farming is responsible for more than half of California’s methane emissions. 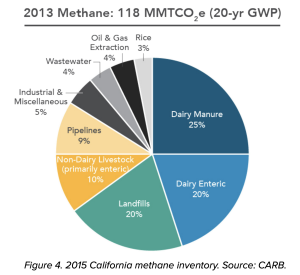 “Earth’s clock is at 100 seconds to midnight,” said PawPAC Chair, René Rowland. “The impacts of climate change are upon us, and we are already experiencing its devastating effects. The importance of every locality joining to reverse this crisis cannot be stressed enough.”
Background
The Plant Based Treaty is modeled after the Fossil Fuel Non-Proliferation Treaty and inspired by treaties that have addressed the threats of ozone layer depletion and nuclear weapons. The initiative has received support from 19 cities, 59,000 individual endorsers, 5 Nobel laureates, IPCC scientists, more than 1800 NGOs, community groups and businesses.
The global movement is asking towns and cities to endorse the Plant Based Treaty to help pressure national governments to negotiate a global treaty that will:
For more information visit plantbasedtreaty.org
Tags
climate action, climate change, Plant Based Treaty
/ share