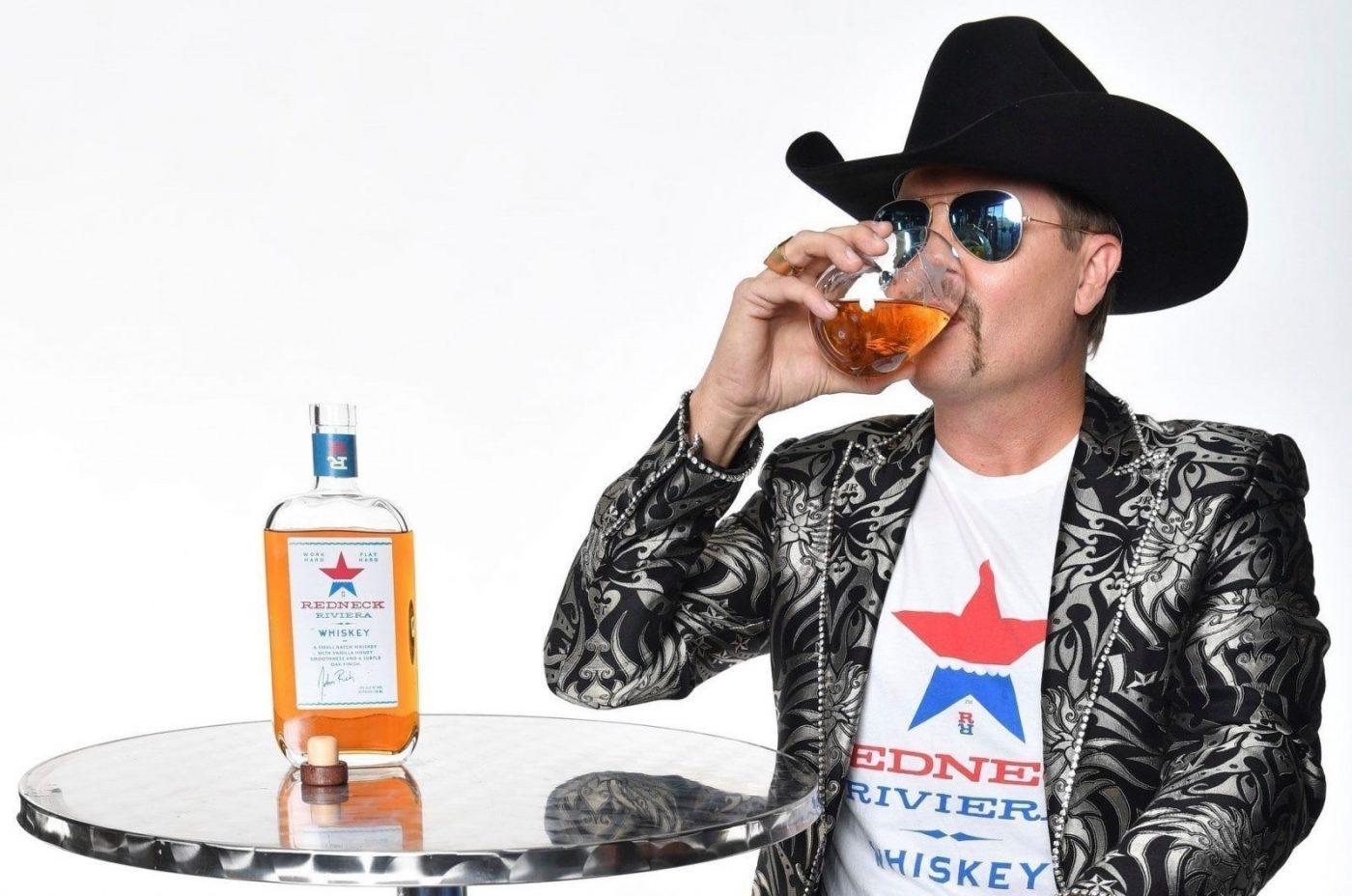 “Redneck Riviera”—a phrase which has been around for more than a decade, has become one of today’s most iconic phrases and branding, thanks to John Rich. As an attorney, what interested me most is Rich’s story on how he acquired the trademark to the phrase—something nobody has been able to do, until he put his boots in the picture.

Grit Daily spoke in-depth with Rich about the birth of his ‘Redneck Riviera’ brand and the measures he took to go about trademarking a decades old-phrase.

Andrew Rossow: John, your brand, ‘Redneck Riviera,’ has become an icon. How did you take a decade’s old phrase and make it your own?

John Rich: I actually own the intellectual property rights to the phrase, ‘Redneck Riviera,’ and was able to acquire those rights a little over ten years ago. It’s a phrase that’s been around since the early sixties. I had to arm wrestle the U.S. Patent and Trademark Office (U.S.P.T.O.) for over a year, because it was insistent that the phrase was a “geographical location,” and therefore, a person cannot trademark a geographical location. This I’m sure, was the answer everyone had received over the decades while trying to trademark that phrase.

AR: That answer didn’t fly with you did it?

JR: I said to them, “well, where is it?” I contended that it’s the same place ‘Margaritaville’ is, just with a different group of people. So, where’s Margaritaville? It’s anywhere you want to have that 5:00 p.m. going on in your backyard or wherever you are at that moment. It doesn’t matter where you are—you can create Margaritaville. The same thing could be done with Redneck Riviera. Of course, the U.S.P.T.O. gave me their Wikipedia answer—it’s limited to the “Gulf Coast.” So, with my attorneys, I showed them literally hundreds of locations across the U.S. where people called areas “Redneck Riviera,” from Lake Havasu in Arizona, to the shores of Delaware. Eventually, I was able to get the trademark.

AR: Once you acquired the trademark rights, how did you begin to implement the mark into the stream of commerce?

JR: Once we got it, we moved into the market of apparel and boots. They ended up being in all fifty states and grossed around $1 million in its first year. This proved to me that the brand was viable coast to coast.

The Creation of “America’s Blended-Whiskey”

In operation for over a year and located in downtown Nashville, of 3rd and Broadway, is Rich’s ‘Redneck Riviera’ bar.

Shortly after witnessing the success and viability of the brand, Rich began working on his trademarked bar, Redneck Riviera, leading up to his similarly-branded whiskey.

“Redneck Riviera whiskey is my brand,” he emphasized to me.

So, Rich set out to create it for himself— “one that would start and finish smoother than anything on the shelf, and be 100 percent made in our country.” After nine months of working on the formula and with over 200 variations of the blend, Rich finally dialed it down to what is now in the bottle on the shelves.

“Since our first case hit the shelves, we’ve been out now for about sixteen months and are now in forty-eight states.”

What sets the brand apart from most other points of distribution is the type of ownership surrounding the whiskey—Rich owns the brand, rather than endorsing it, as we see with many public figures today.

“The one thing people love about the bottle is how smooth it is,” Rich added. “I also own it, rather than endorsing it. I determine the price point or whether we give money back to organizations, which I do.”

AR: ‘Redneck Riviera’ Whiskey is priced at around $24.99 per bottle. For such a smooth and reputable brand of whiskey, how did you come to be fixed upon that price?

JR: I told my distilling partner, Eastside Distilling, that I wanted this bottle to be priced under $25, to which they looked at me and said I could probably get double for it, as good as it is and the fact that I own it. I told them, ‘yeah, but I grew up in a double-wide trailer in Texas, and people don’t have $50 to spend on anything.’ I made this whiskey for the common everyday working-class American. If anyone should be drinking the good stuff, it’s them. They are the royalty of our country and the reason our country works. So, I wanted to give a super-premium whiskey at an affordable price, which goes back to the brand name, ‘Redneck Riviera.’ It’s a play on words—you can’t afford to go to The French Riviera, so where do you go?  You go to the Redneck Riviera—by the way, there’s better beaches, atmosphere, music, food, and you can afford to go there. It’s a premium experience with a moderate price point. That’s how I’ve done my apparel, my boots, and now, my whiskey.

AR: What is this year’s goal for you and your team with respect to the distribution?

Gone, But Never Forgotten: An Everlasting Tribute to Our U.S. Military

Growing up in a double-wide trailer in Texas, John Rich is a man of honor, who knows the value of hard work and paying respects to those U.S. military men and women who have dedicated their lives to fighting to keep our country safe.

The final piece to his Redneck Riviera brand, is that for every bottle purchased, 10% of all the profits is donated to Folds of Honor, an organization whose mission it to provide educational scholarships to spouses and children of America’s fallen and disabled service members.

“We’ve now funded over 50 college scholarships in the past sixteen months,” Rich shared. “When you put all that together and get the word out on the brand, as strongly and consistently as I have, you’ll look up in the brand’s second year, and come to the goal of 50,000 cases being shipped out.”

Sippin’ whiskey since World War II, Granny Rich, 87, is the grandmother to John Rich, who still runs her own business, working 40 hours a week. But, don’t worry, Granny Rich still has time to play just as hard.

Not only does she prove to America that age doesn’t stop you from working hard, she is also the prime example of how brand marketing extends beyond the years—she has her own name and face on a bottle of smooth and elegant whiskey.

AR: During CMA Fest this year, you hosted an event with Granny Rich, signing bottles of your newest line of whiskey, ‘Granny Rich Reserve.’ Tell me about it.

JR: We launched our first line extension in late February of this year, called ‘Granny Rich Reserve.’ Granny Rich is now 87, but when I first came out with Redneck Riviera Whiskey, she was 85. She was the final taste-tester on the whiskey when I finally had it dialed in, thinking it was as good as I would ever hope it would make. It was so good and smooth. But, I had to run it by one final person, and that was Granny Rich.

AR: You mentioned that she still works, running her own business?

JR: Yes sir! She still runs her own business as an all-around seamstress. She works 40 hours a week, running the business all by herself, all cash. When she gets home from work, she smokes her Marlboro Reds and sips whiskey. She’s been sippin’ whiskey since World War II.

AR: So, how did you bring Granny Rich into your world of whiskey and Redneck Riviera?

JR: When I was ready for her to be the final taste-tester, I set a shot glass down on her sowing machine and poured her a shot of Redneck Riviera. She slammed it back and said, “well that didn’t burn or anything.” My response? “It’s smooth, ain’t it?” She goes, “it’s really smooth.” My final question was whether I could tell America that it’s ‘Granny Rich approved,’ to which she replied by blowing some Marlboro Red smoke right in my face and said, “it’s Granny Rich approved!” That’s when I know I did something.

AR: So, how did Granny Rich Reserve come into existence?

JR: For the first line extension, I started being asked pretty regularly by people buying Redneck Riviera, if I was ever going to release a “Reserve” version of the whiskey. I wanted to, but I didn’t know what I’d do to make it any better. So, I went back to my distiller, Mel Heim and asked her what we could do. She said the only thing she knew to do, was to take the exact blend we had, but more aged. She said to go pull the same ingredients, but say, four years older. So, that’s exactly what we did. When I tasted that for the first time, I said, “you’ve got to be kidding me; I can’t believe we beat our first bottle.”

Rich’s distiller, Mel Heim, has been a pioneer for women in craft distilling since 2008, and is one of the only female master distillers West of the Mississippi. With over ten years as an apprentice, distiller, head distiller, then Master Distiller and Blender, Heim now serves as the Executive Vice-President of Operations at Eastside Distilling, the country’s only publicly traded craft distillery.

“Mel’s role and experience here is a big deal to me,” Rich expressed, “which is having that female perspective on anything creative.”

Now in fourteen states and in some markets, outselling Redneck Riviera, Granny Rich now has her face and signature on a bottle, at just 87-years-old.

“She will hopefully be in every state that the first bottle of Redneck Riviera is in. I always tell people—look around you—at your wife and whose around you—you can pretty much bet the vast majority of people in America have a similar story.”

If you go to John Rich’s social media pages, you will see the quote, “work hard, play hard.”

“That’s the balance you want to strike and strive for in your life,” the country music artist stressed. “Yeah, you’re going to bust your ass, take care of your family, and going to strive for going to that next rung up the ladder. So, when you finally get a break and don’t have to work for a minute, whatever money you have left over, you’re going to have as much fun as you possibly can with that leftover money, because guess what?  As soon as it’s gone, you go straight back to work. That’s how most Americans work, and that’s how I was raised and still operate.”

Today’s society consists of hard-working Americans of every race, religion, and preference of music that you can possibly name.

“There’s a real integrity to that—hard work has integrity to it. People who work hard deserve to have a break now and then. That’s where I want my brand to kick in for $24.99, where people can drink that for that price. It was done on purpose to cater to that crowd, which is the royalty crowd to our country.”