When we think of modern entrepreneurship, we can’t help but think of the Gary Vaynerchuk: serial investor and entrepreneur, chairman of VaynerX, CEO of VaynerMedia, and five-time New York Times best-selling author. Though we seldom think about the story behind the mogul. In an exclusive interview, I sat down with Gary V. in a never-before-seen […]

When we think of modern entrepreneurship, we can’t help but think of the Gary Vaynerchuk: serial investor and entrepreneur, chairman of VaynerX, CEO of VaynerMedia, and five-time New York Times best-selling author. Though we seldom think about the story behind the mogul. In an exclusive interview, I sat down with Gary V. in a never-before-seen candid discussion about how he went from an immigrant from Belarus to the indisputable King of Hustle.

The interview airs on Hawke Media’s new podcast, HawkeTalk, which I host. My goal with the podcast is to bring origin stories of the biggest entrepreneurs, athletes, and other celebrities to life. Gary V. is one of those giants, and you’ll get to see him in a candid, informal way here that you don’t usually get to see him.

The episode is jam-packed with entrepreneurial success tips. Although I’m a seasoned entrepreneur at this point, I learned so much from my friend and mentor during this interview. Here are some key takeaways from our time together behind the mics.

Gary and his family immigrated to the U.S. from Belarus in 1978. He lived with eight family members in a studio apartment in Queens, New York, before relocating to Edison, New Jersey. He had hustle from a young age, starting a lemonade franchise at age seven and eventually selling tens of thousands of dollars worth of baseball cards and toys throughout his high school career. When he was 14 years old, he joined his family business bagging ice for $2 per hour.

When Gary identified “the internet” as a land-grab opportunity in the late 90’s, he transitioned his father’s local liquor store into one of the first eCommerce platforms for alcohol in the country, resulting in explosive top-line growth. Renaming the business the “Wine Library,” Gary grew his father’s company using content, eCommerce, email marketing, and Google AdWords to grow sales from $3 million to $60 million during his tenure there.

Gary also began growing his own brand, creating original business content that set him up to be the voice of entrepreneurship online. In 2008, he gave a keynote at the Web 2.0 conference in New York City that launched his $1 million, 10-book deal with HarperCollins, which allowed him to become an international bestselling author. Today, he has multiple talk shows and more than 12 million combined followers across social media, producing content daily on Facebook, Instagram, LinkedIn, Snapchat, Spotify, Twitter, YouTube, and more.

Replicating what Gary had done for Wine Library for other businesses and brands, he co-founded VaynerMedia in 2009 with his younger brother, AJ Vaynerchuk. True to his own DNA, Gary never raised startup funding and began the business in a conference room at Buddy Media. Just nine years later, the full-service marketing company now includes more than 800 employees, servicing clients such as PepsiCo, GE, Johnson and Johnson, Chase, AbInBev, and more.

For Gary, it was never about buying a bike or a Nintendo—or even the New York Jets (although he does want to buy the team!). It’s about the intrinsic motivation of being an entrepreneur and building a business that fulfills you. He doesn’t have a great story of a purchase he made once he had “made it” in the business world because he had the drive and passion simply for the chase.

“I know I bought Nintendo, but I don’t even remember it being about buying Nintendo,” he tells me on the podcast. “The chase is who I am now. I’m not looking for the Bentley or the yacht.”

Learn and Be Curious

From selling cards, to building Wine Library into a $60 million company, to building VaynerMedia and becoming one of the world’s best content creators, there’s one stronghold through each of these stages in Gary’s life: his ability to watch and learn from people. As a kid, he used to stand behind a table at a car show at a mall for 10 hours per day just observing people. As he was watching people, he would make adjustments to his table and where he asked for his table to be located.

“What makes me the businessman I am today was really honed at card shows and my dad’s liquor store,” Gary tells me. “Even then, I learned by watching people. I still do for a living now.”

There’s only so much that data can tell you. “The math” is only one element of the problem, and to properly leverage data and other quantitative insights, you need to understand the qualitative parts of the equation as well. How are people thinking and feeling about your branding and business? When I talked to Gary, he said it best when he used the term “the gray.”

“Math has closed the gap and in a lot of ways has made me stronger,” Gary says. “It reaffirms and creates pattern recognition, but people also need to understand that it also affirms bad behaviors. There are a lot of people in our industry hiding behind math.”

There’s a lot more Gary V. wisdom where these nuggets came from. To get more of the scoop on how Gary’s life lessons can apply to you and your entrepreneurial goals, check out the latest HawkeTalk episode on Apple Podcasts or Spotify. For additional, incredible origin stories as told by some storied individuals, download and subscribe to HawkeTalk today.

Erik Huberman is a Columnist at Grit Daily. He is the founder and CEO of Hawke Media, the fastest growing marketing consultancy in the United States. As a serial entrepreneur and marketing expert, Huberman is a sought-after thought leader in the world of digital marketing, entrepreneurship, sales and business. Prior to Hawke, he founded, grew and sold two successful eCommerce companies. Huberman is the recipient of numerous honors and awards including Forbes “30Under30,” Inc. Magazine’s “Top 25 Marketing Influencers” and Best in Biz North America’s “Marketing Executive of the Year.” 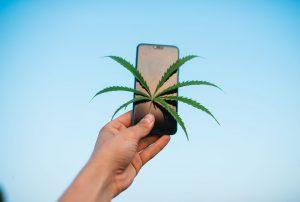 Cannabis Just Got Banned From SMS Marketing — What Now? 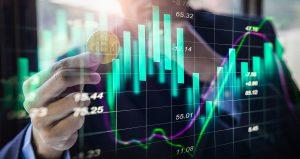 To the Moon: 5 Lessons Learned From Crypto Marketing to Date 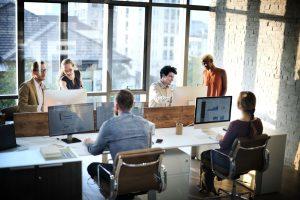 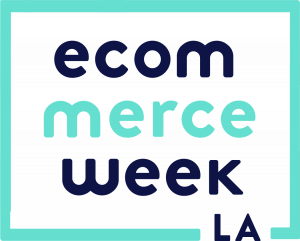 You Thought We Were Done? eCommerce Week LA Is Back for 2021 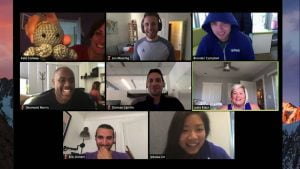 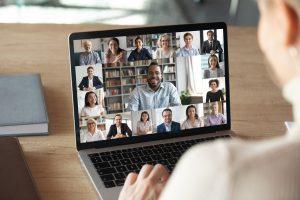