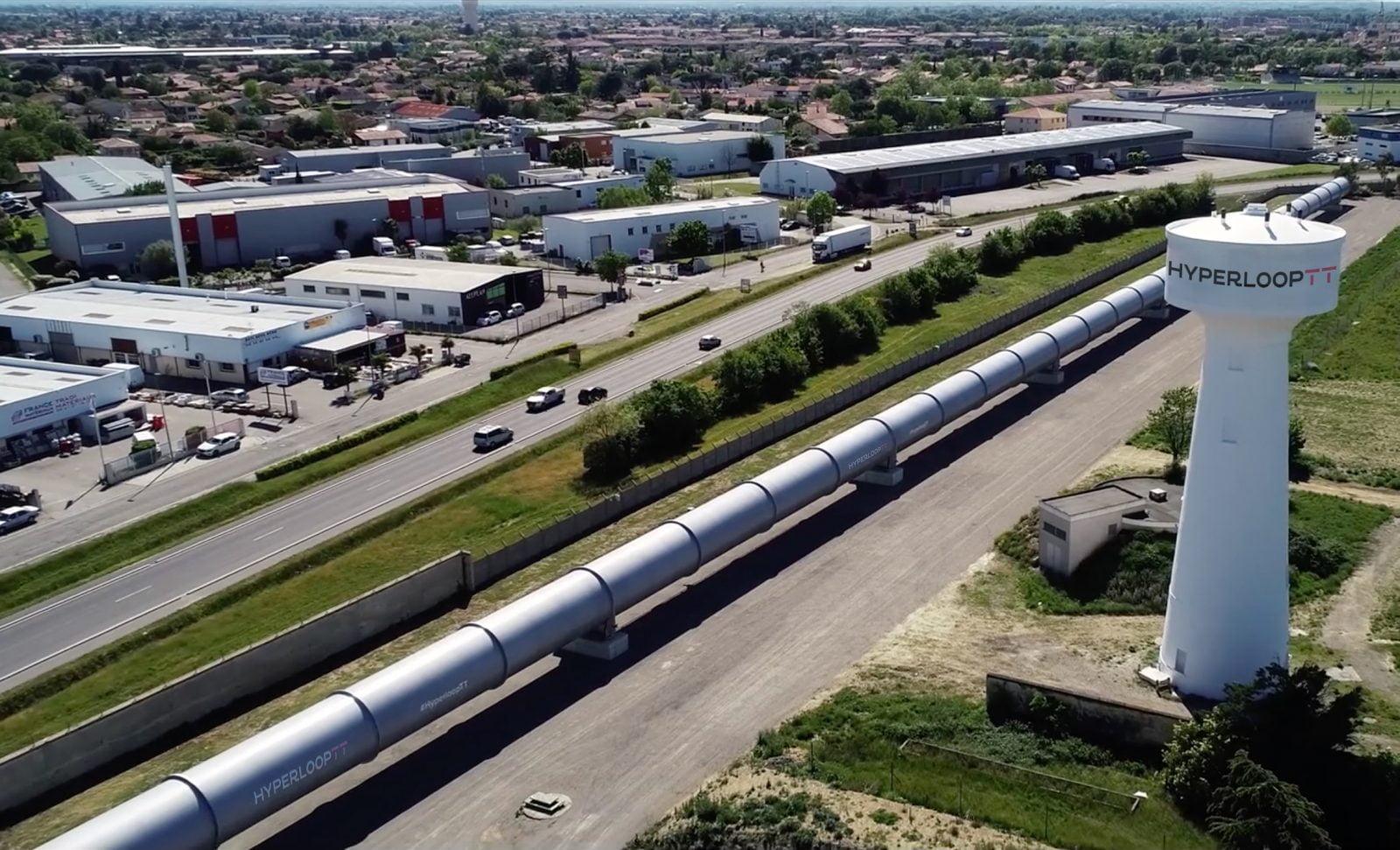 Hyperloop TT has announced new partnerships with Hitachi Rail, Altran and Ferrovial to expand the possibility of commercial use of hyperloop transportation technology around the world. HyperloopTT currently has 4 projects, in Toulouse, France; Abu Dhabi, UAE; Great Lakes, US; and Hamburg, Germany. Research and development is happening at their facility in Toulouse while the commercial prototype of 5km will be rolled out in Abu Dhabi. Altran, part of the Capegemini Group, is committing 100 engineers to accelerate the development of hyperloop transportation capabilities available to the public.

Ben Cooke, head of media relations for HyperloopTT, says of the partnership with Hitachi Rail, “it’s significant because they invested in our company but they’re also providing a key technical component for systems communications. Their signaling technology is used in rail systems throughout Europe and Asia, and has already been certified and regulated in countries throughout both of those continents. It will serve that key component of keeping track of hyperloop capsules.”

Ferrovial, an infrastructure development company with billions in assets in the U.S., is working with Hyperloop TT to analyze opportunities for hyperloop technology to become scalable in the U.S. Some routes make more sense than others, due to population densities, topographical conditions (though building on pylons could virtually eliminate this obstacle) and regional government cooperation. HyperloopTT has met with local governments and transportation stakeholders, including TBARTA (Tampa Bay Regional Transit Authority) to see whether hyperloop is right for them.

Last year, HyperloopTT released a feasibility study that looked at a hyperloop system that would run between Chicago, Cleveland and Pittsburgh. The study looked into costs, fares, environmental factors, etc. and showed that the technology could make economic sense, and even become profitable after a time. Cooke says, “In that study they determined that the operating costs are what make this profitable. Virtually any other type of high speed rail or metro system in the world requires ongoing subsidies to continue to operate and maintain; that would not be the case for hyperloop.”

There are magnetic levitation rail systems in use around the world, such as in Shanghai and Seoul, but hyperloop differs in that it uses active, rather than passive magnetic levitation, which is more energy efficient. Using this technology, the capsules, which will hold 20-30 people, will be able to reach maximum speeds of 760 miles per hour. Cooke also mentioned the possibility of using hyperloop for cargo transportation, and the potential to make capsules versatile, allowing for passenger travel during the day, and cargo movement at night.

Next generation technology often has to go through the process of defining the regulatory framework. Earlier this year, the U.S. Department of Transportation announced that hyperloop would be regulated under the Federal Rail Administration. Such decisions bring this somewhat controversial technology into the mainstream conversation of innovative technology solutions. Cooke says that there are hyperloop skeptics out there, who wonder whether the technology is safe enough as a large scale transportation solution, but he says he would be glad to allay their fears with data, which shows that hyperloop will be one of the safest transportation options available.