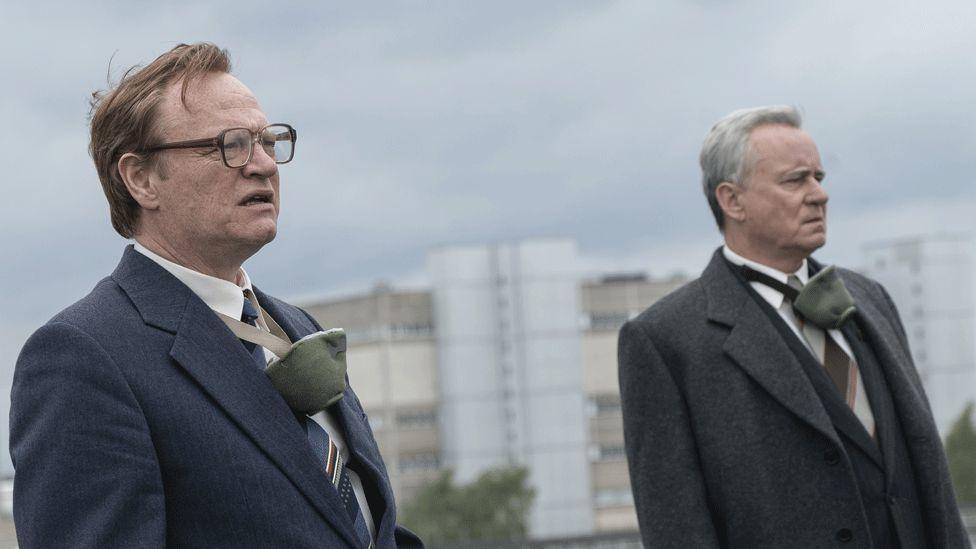 In May of 1986, an 11-member delegation from Cambridge (Massachusetts) Peace Commission arrived in Moscow, Soviet Union a week after the April 26 Chernobyl nuclear disaster in Pripyat, Ukraine.

The timing of the arrival wasn’t meant to coincide with the nuclear disaster. The trip was arranged and approved far in advance and inspired by President Reagan’s Sister Cities International mandate.

Behind the “iron curtain”

Watching the new HBO series, Chernobyl evoked memories of that trip 33 years ago. I was part of that delegation set out to establish sister city relations with Yerevan, the capital city of the Soviet Republic of Armenia, and I had a front-seat peek behind the “iron curtain.”

The delegation had spent nearly two years learning about the “atheist” beliefs of the Soviets, the widespread human rights violations, discrimination of its Jewish population, and its aggressive military policies. Our mission of citizen diplomacy was to establish cultural exchanges between city governments and citizens.

In hindsight, it was the best of times for a “peace” mission trip to follow the nuclear disaster. The historic trip established one of the first sister city programs between the USA and the USSR. And 33 years later, Cambridge and Yerevan (Armenia) remain sister cities, having survived through Armenia’s era of communism, glasnost, democracy, revolutions, earthquakes, wars with the neighboring republic and most recent “velvet revolution.”

Back in May of 1986, landing in Moscow after a very long trip, and living through the grueling Soviet customs checks that remain unlike any other foreign customs experience, we settled into our bleak rooms at Hotel Ruseeya with as bleak of a reception area and hotel rooms as portrayed in the Chernobyl series. Per state policy, we handed over our passports which were locked in the hotel safe and returned on the day of our departure.

Jet-lagged and unable to sleep, few of us ventured out to the Red Square for a closer look at Kremlin’s red-star topped towers glowing against the night sky, adjacent to the magnificently lit St. Basil Cathedral’s rainbow-colored onion domes. The military regalia seen during the annual broadcast of May Day parades was now replaced with large groups of Moscovites out for a stroll.

Families with children, groups of teenagers, grandparents with grandchildren and young couples were enjoying the cool summer night stroll. A small crowd watched the ceremonial changing of the guards before Lenin’s tomb. There were police patrols everywhere: this was the central nerve of the mighty Soviet empire.

A couple of teenagers approached us, and pointing at my camera, asked fotograph yes? Sure, I said in English. One of the boys blew a whistle and soon a large crowd of teens huddled together before my camera. They smiled, and I clicked. They circled us and mentioned something about Chernobyl. We assumed they were wondering if we knew anything. Yes, we did! Our mission was to establish cultural exchanges, not political confrontation, but they seemed to know much more than our news reports had led us to believe.

The youth became our self-appointed tour guides as they pointed at landmarks and offered information in Russian that we didn’t understand. We were surprised by the mosaic of ethnically diverse crowds, all Soviet citizens visiting their capital city.

People stopped to ask if we were Amereekyans? The presence of a small group of Americans had become the new Red Square attraction. We were noticeably under the distant, close watch of the Soviet police patrolling the Red Square.

Somehow, we managed to communicate, share laughs, and got our points across overcoming our language barriers with those we met. Just before leaving the teens, I offered mir (peace) as a farewell instead of the traditional Dasvidanya (goodbye). They were shocked to hear the words from what they perceived to be war-mongering Americans!  But in response, they pumped fists in the air shouting “mir, mir, mir” and before the police could take notice, they disappeared in the crowd.

I didn’t ask their names, or maybe it was lost in translation and our chance meeting, but those curiously friendly teenagers captured our hearts and were the first of hundreds of photographs documenting that 1986 Soviet Union trip. That spontaneous meeting of common Soviet people cracked open the doors of citizen diplomacy and open dialogue that paved the mission of the delegation’s journey through the vast Soviet empire that spanned 11 time zones.