On Thursday, Florida Governor Ron Desantis signed a bill to eliminate obstacles holding back the development of autonomous vehicles and their integration into the transportation sector. This includes the ability for organizations like Suntrax, a facility dedicated to researching and developing autonomous vehicles, to test their vehicles on Florida roads without a backup-driver being present in the car. It also enables occupants in the vehicle to be exempt from distraction driving rules, such as texting and watching movies.

This bill came as a statement from Governor Desantis that Florida intends to continue striving towards integrative transportation options. “This bill really affirms Florida’s commitment to advancing a growing new era in transportation innovation,” DeSantis stated. “I think that this helps chart a course to a bolder brighter and smarter future in transportation and embraces the innovation revolution that will bring high-paying jobs to the state while making our roads safer.”

Florida Department of Transportation Secretary Kevin Thibault applauded the Governor’s actions. “Autonomous vehicles are the way of the future and Florida is leading the charge through the research, testing and development of autonomous vehicles. And now with this bill signed into law by Governor DeSantis, Florida is ready to lead the nation with this innovative transportation advancement.”

Like any new groundbreaking technology, its introduction has arisen some concerns. Critics wonder if companies will be able to create an autonomous vehicle that is truly safe and can react to quick or small obstacles, such as an unexpected pedestrian, in time to avoid a crash. This fear was brought to light when one of Uber’s self-driving test SUVs crashed into a pedestrian over a year ago, resulting in the woman’s death. This raises the question of whether or not this new technology is ready to be brought into mainstream transportation.

Given the amount of accidents that occur due to distracted drivers behind the wheel, proponents argue that self-driving vehicles will serve as a building block towards a safer future. Upon the passing of the Autonomous Vehicles bill, Governor Desantis stated, “The fact of the matter is people are distracted when they drive. So if we get this and it’s right, I think you’re going to have safer roadways, make better use of our existing roads which will alleviate traffic.”

As barriers towards developing autonomous vehicles are eliminated, the future looks bright for what they will bring to a new innovative transportation industry. And that future doesn’t appear far away. 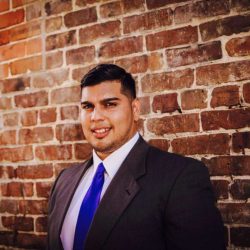 Cesar Hernandez is a Columnist at Grit Daily. He has worked for the past nine years as a public-policy advisor, political consultant, public-affairs strategist and government-relations professional. He is an avid public speaker and two-time TEDx presenter and lauded for his TEDx presentation titled: The Power of the Selfless Being.