Can’t wait for in-person events? Wait no longer. Grit Daily is back — in Tampa Florida on August 11, for a VIP Luncheon from 12-1 and Congressional Startup Day from 1-5pm at Industrious Tampa. Read on to grab your tickets below. And in our commitment to highlighting the achievements of all women in this industry, […]

Can’t wait for in-person events? Wait no longer. Grit Daily is back — in Tampa Florida on August 11, for a VIP Luncheon from 12-1 and Congressional Startup Day from 1-5pm at Industrious Tampa. Read on to grab your tickets below.

And in our commitment to highlighting the achievements of all women in this industry, Grit Daily is proud to announce the 4X Latina VC Summit with be held from 2:30-3pm ET during Congressional Startup Day on August 11.

What is Congressional Startup Day?

With light bites and drinks included, attendance is free. The event is bracketed by a keynote by a member of the Florida House of Representatives, Jackie Toledo.

Jackie Toledo is an American politician who is a member of the Florida House of Representatives. Her District, the “big 6-0” or District 60, covers Town ‘n Country, South Tampa, and a stretch of the coast in Southern Hillsborough County to Ruskin. An entrepreneur in her own right, she is a Civil Engineer and runs her own consulting firm.

At Congressional Startup Day, you’ll have a chance to see Jackie Toledo speak on entrepreneurship, collaboration, team building and the importance of community.

What is the 4X Latina VC Summit?

The interview will be co-hosted by Forbes Columnist, Goldie Chan and emcee’d by Grit Daily Senior Columnist and long-time podcast host, Loralyn Mears PhD, and will be shared as a podcast series. Mears’ podcast for Grit Daily is available on Apple, Spotify, and Listen Notes.

The roundtable summit will feature four extremely accomplished women that have a lot to say when it comes to startups, investing, and following through with your brand.

Consuelo Valverde is a co-founder and managing partner of SV Latam Capital in San Fransisco. She’s well-known as an investor, serial entrepreneur, and electrical engineer with master’s degrees in computer science and science entrepreneurship.  Those credentials are hard to beat, and Valverde has put them to use. She opened her first company at the age of 21, which was a computer manufacturing company combined with an IT training center. Since then, she’s founded nearly ten tech companies, held an undersecretary position in the Government of the City of Cuernavaca, worked with students as a professor, and became the Vice President of several prestigious companies.

Miriam Rivera is the co-founder and managing director of Ulu Ventures, a venture fund based in Silicone Valley that is focused on IT startups. A first-generation and scholarship recipient turned her education into something invaluable – that is, after graduating she has a long list of achievements. Rivera has taught in the Stanford Technology Ventures Program in the School of Engineering on start-up board issues, doubled as a mentor for growing entrepreneurs. She is also on the Stanford Law School Venture Fund and serves on the Investment Committee of Acumen Fund America, which is an impact investment firm that serves the needs of low-income Americans.

Luciana Carvalho is the Vice President of People and Performance at Movile, which is Latin America’s largest tech investment firm. She is the engineer behind the firm’s “Movile Way,” which is a culture-building methodology that is now being taught to entrepreneurs in Harvard and Standford for over five years now. She is also the mastermind behind Movile’s Mobile Dream Internship program which trains and recruits young diverse talents for the company’s expanding tech investment programs.

Amanda Jacobson is the chief of staff for Oyster Financial, a neo-bank for SMBs that is co-headquartered in Mexico City and San Fransisco. On top of that accomplishment, Jacobson has managed a portfolio of nine fintech startups for Fiinlab, where she was focused on generating sustainable solutions for financial inclusion.

These guests have quite the resume between them and will be dishing with host Mears, who has her own list of triumphs. Host of Grit Daily’s podcast Loralyn Mears, Ph.D., is a content marketer, senior columnist, and founder of an edtech startup.

Mears will be joined by Goldie Chan, who is known as the “Oprah of LinkedIn” by Huffington Post and her video channel won LinkedIn Top Voice. Goldie founded Warm Robots, a social media strategy agency based in Los Angeles with global clients, like Adobe.

She writes for Forbes.com on “Personal Branding and Storytelling in the Digital Age” where her articles on personal branding are consistently page-one ranked and used in educational institutions and business development. She is a proud member of the Producer’s Guild of America, New Media Council, Stanford University graduate and has been featured as a fresh voice in The New York Times, CNN, Inc. Magazine, Fast Company and more.

Tune into this amazing podcast featuring incredible Latina women who have shattered glass ceilings and always moved forward, not just for themselves, but to create a path for others who need it. Tickets for the Latina VC Summit can be found here at Eventbrite and the show will air on August 11, 230pm EST.

If you’d like to be a guest or sponsor, or have any questions, email Jordan@gritdaily.com.

Yelena Mandenberg is the Ideas Editor at Grit Daily with a passion for news of all sorts. Finishing Brooklyn College with a degree in Print Media Journalism as the industry died out, she began working as a freelancer. After spending some time working in the retail industry, Yelena started BK Riot Writing, a marketing company that caters to small and local businesses, creating content that helps them compete. From her South Brooklyn apartment where she lives with her cat & tortoise, Yelena is always seeking something new and interesting to cover. 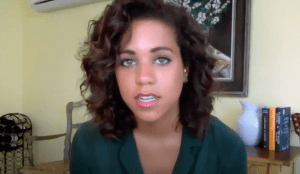 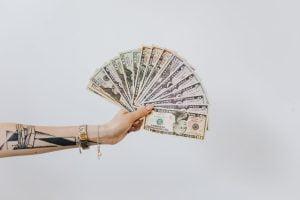