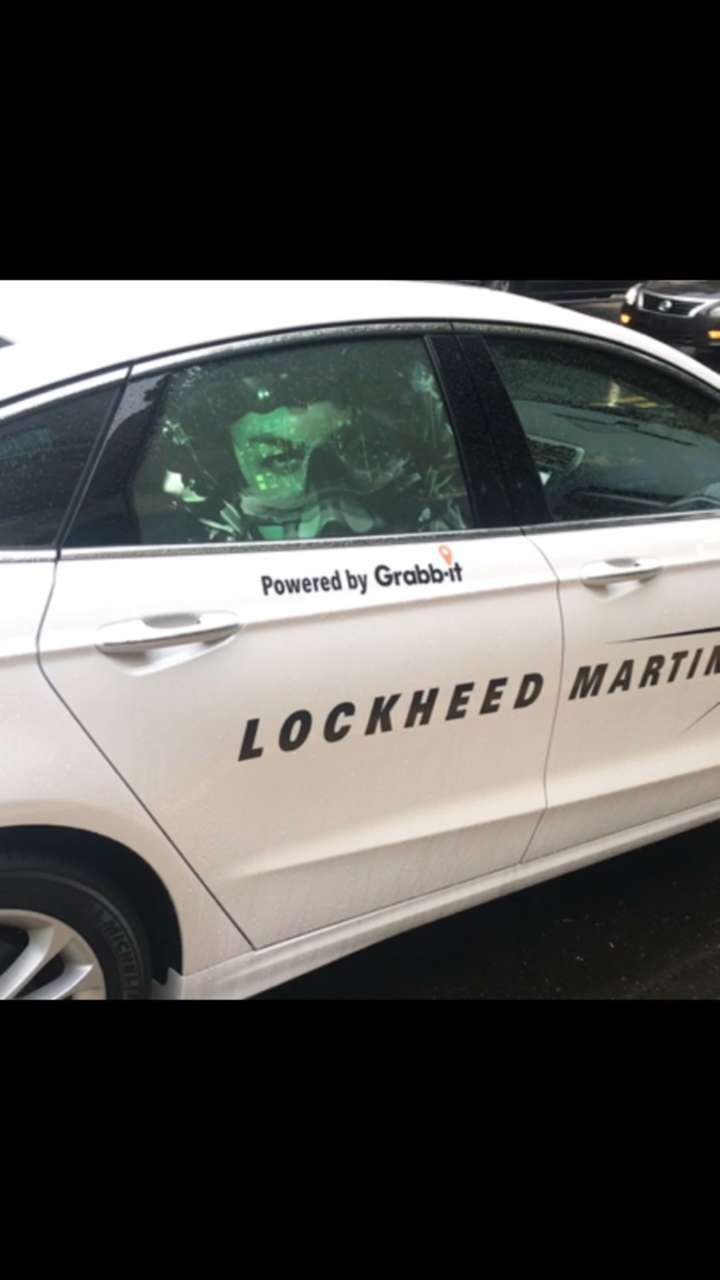 San Francisco-based Grabb-it took a bit of a different “turn” — no pun intended — when it comes to vehicle ads. And it caught the attention, oddly, of Lockheed Martin, one of the biggest names in defense-tech.

What Grabb-it does is simple. It turns a car’s rear windows into full-on color displays for ads and news distribution.

On Grit Daily’s first look, its ads are eye-catching, portable, and sleek. But what differentiates it from its competitors is not just design — but capability. Grabb-it has the ability to “read” the landscape around each ad-enable car and targetss of each ad for hyperlocal shopping based off the nearest reader.

It’s approach counters privacy-concern laden Facebook, and the effects of curtailed digital ad reach as editors and advertisers look for new, inexpensive ways to get eyeballs on content. In addition, partnerships with traditional digitaloutlets have made it clear that consumers’ appetites for news cannot be quenched, and Grabb-it entered the land grab for information distribution globally. Cars have been an ever-ripe next opportunity for ads.

Grabb- it claims it has both the data insights and the design specs it needs to transcend a crowded market. Co-owner of Grabb-it, David Valverde Vargas claims that he is fully aware of both the pitfalls and strengths that come along with a pioneering landscape.

“We want to be everywhere in the next few years, on every car, and disseminating information and analytics for our customer base. At the same time, we are watching the surveillance landscape carefully, and we want to have that conversation. We want to participate in people’s concerns over digital, and the public perception of usage. ” – Daniel Vargas, Grabb-it co-owner.

On May 7, Grabb-it partnered with defense giant Lockheed Martin at the Sea Air Space Expo in DC. Lockheed worked with Grabb-it to outfit a fleet of cars to feature new footage of the new F-35, a fifth-generation combat aircraft.

Grabb-it displayed the ad-ready vehicles outside the Expo with the team on site — otherwise we’d be all in there for some selfies with that jet.

That said, e are in a new era with ridesharing becoming a new advertising channel, and Grabb-it wants to be the major player. In eight months, Grabb-it has grown exponentially and its first major investor is Sean Aggarwal, an early investor and advisor for Lyft. Grabb-it also partnered with Luxottica, Interscope Records, Celebrity Cruises, BNP Paribas, Tyler Perry Studios, and PepsiCo, among others.

The tech behind this out-of-home advertising network differs from other similar companies like Firefly, which we covered extensively earlier this year, as Grabb-it uses existing windows as a  screen to project high-quality visuals — as opposed to screens installed on the roof as with Firefly.

The integrated camera and Wi-Fi beacon technology on vehicles displaying Grabb-it ads allow for targeting capabilities for advertisers. Grabb-it and Firefly both leverage rideshare vehicles to advertise to the outside environment of pedestrians. (Advertising to the riders themselves — inside the vehicles — is a whole ‘nother market  built out by startup and first mover, AutoVue.)

For drivers, these new ad platforms provide an additional revenue stream with no additional work or costs involved. The equipment is installed on the vehicle free of charge, and the process fairly seamless. For advertisers, it’s attractive because it is like a mobile, targeted billboard that can support video and the campaign management has levels of control akin to major platforms like Facebook.

Would you want an F-35 fighter jet ad on your ride share? Leave a comment, either way.