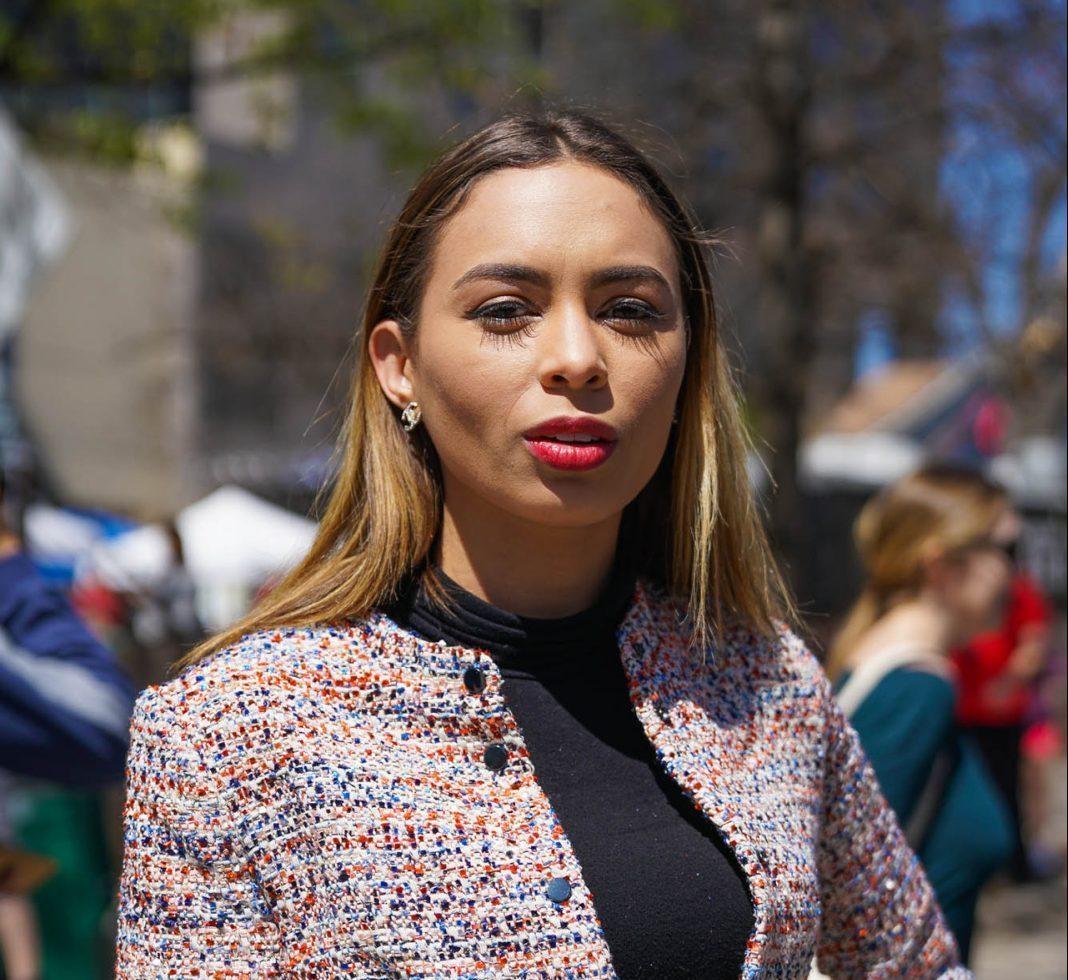 Carrie Eldridge is the founder and CEO of ATO Gallery, which utilizes blockchain technology based on financial models sell fine art and support artists. Carrie Eldridge will be attending Grit Daily’s Miami Art Summit co-hosted by JADA. What follows is our Q&A with her.

Grit Daily: You had your own adventures before ATO Art Gallery. Would you mind sharing some of those?

Carrie Eldridge: Going in chronological order, I grew up in a unique family. My mother is German who grew up intensely studying fine art and my father was a pastor and banker at times working for Goldman Sachs and Lehman Brothers. My parents believed in teaching us everything they knew about the world and business early on, no subject was off limits.

I started working at 8 taking basic phone messages in the summer at home for our family’s nonprofit which currently focuses on spreading child sex trafficking awareness. Later on, I did admin work for my father at 11. I’ve always loved to work and earn my own. My parents taught us independence and told me early on I better figure out how to pay for college myself.

I went to Southern Methodist University in Dallas with an academic scholarship after entering with a 4.0 and fought hard to get every grant and scholarship I could because tuition grew increasingly expensive. Every semester, I worked one to two part-time jobs. Talk about experiencing the real world. I studied economics and finance because I knew that one day I’d change the world.

Having a deep understanding of markets and how to meet people’s needs would serve me better than any other degree. I made many incredible friends, particularity the artists who taught me the confusing vortex that is the art market. It was unsettling to think about how tumultuous life could be for an artist regardless of talent and acclaim. The thought stuck with me.

My first real job out of university was at IBM in software sales. I quickly became the number one sales rep in the United States for my “band” or level of employment. My manager placed me in the executive mentoring program after he said I had what it takes to be the CEO one day. It was an inspiring and encouraging place.

I learned I had a talent for conversation and found myself talking to everyone from the CEO of JP Morgan (still Jaime Dimon) to Generals at the Pentagon selling software and hardware. I loved it, but got the itch to execute my deeply rooted desire to create change for people on a larger scale.

CE: After several years I quit and moved to Paris for years to work on a fashion exchange for luxury vintage clothing. It had the synergy of a Facebook with the buying power of eBay for peer-to-peer vintage sales. I used all the money I saved and raised from friends to build our proof of concept, team, and fan base.

By the time a venture capitalist took mercy on my soul and introduced me to someone at Andreesen Horowitz, it was too late. They had just funded series D to what they said would be my closest competitor, Poshmark. Deeply saddened and feeling lost, I fortunately met my friend and, for several years, mentor, the famed economist Dr. Nouriel Roubini who encouraged me to go into finance.

I moved from France back to the US to LA and started studied for my CFA level one exam. Why LA? I met a male model at New York Fashion Week and I thought there might be a chance. I was wrong, but I don’t regret the move. While waiting for the results of my CFA exam I began interviewing at wealth firms and Morgan Stanley, Beverly Hills hired me.

I started going to the Gagosian Gallery in Beverly Hills and rubbed shoulders with the art world elite and artists which is when I had my epiphany for ATO. Knowing I would leave the corporate world again, I thought I’d take the dive and start something new. I thought it asinine that banking finance and economics wasn’t being applied to the problems of the art market and, primarily, problems felt deeply by artists.

GD: What’s behind the ATO name?

CE: Well as I said my mother grew up studying art, primarily Japanese art. She went to high school in Japan through the Rotary Club, and still speaks it fluently. Both of my grandparents were brilliant educators. My Grandfather had a PhD in Physics, and my Grandmother had a PhD in Education. They hosted exchange students from Japan frequently also through the Rotary Club. They were avid collectors of Japanese modern art and artifacts.

My mother still has several gorgeous samurai swords. I grew up admiring and learning Japanese culture and eventually studying it in college. I’m not fluent, but I try my best as any of our Japanese artists will laugh and tell you!

ATO is the way a Japanese person would pronounce the word ART. For me, it feels like art is one culture. One experience peers into another, one set of eyes creates something profound that we must ‘pronounce’ to ourselves the best way we can. It felt fitting and a way to remember my grandparents legacy of patronizing Japanese arts and culture. We are all just trying to interpret each other, in life, and in art.

GD: Why wade into what seems like a crowded market — selling fine art online?

CE: It’s crowded but at the same time it is not at all. The galleries and e-commerce sites that use the word gallery so cavalier sell art, but are not selling an experience, education, or connection. They are not selling art the way our generation would like it to be sold. I don’t blame them for selling art the way you buy a new shower head on Amazon, they simply don’t know any better.

We believe that with AR, VR, and seamlessly staying connected to artist like people do their favorite musicians or bands, we can create a virtual community of patrons the way galleries used to be run during the great Leo Castelli days. Selling art without supporting the artist is selfish for so many reasons.

I use Leo as a guiding light to how to treat, nurture, and grow an artists and their career regardless of the venue, brick and mortar or online. We also participate in fairs and do pop-up shows to bring out the community and meet people. We’ve done shows in NY, LA, Hong Kong, Austin, and now Miami.

These reasons have set us apart as an online gallery, and eventually our platform once it launches. ATO will be the first blockchain-based exchange in the world that financially supports artists and gives a return on patrons investment. It is directly based on advanced economics, financial models, and artists’ success. We literally built a platform based on transparency and auditable truth, much like what some would compare to the stock market.

GD: You show 29 artists currently signed. How many could you handle?

CE: Currently, we are only sparingly adding new artists until we hire more curation and art management staff. Once the ATO Platform is launched, we have a very detailed plan to ensure artists have one-on-one help. The help will comes from experts that will be able to support tens of thousands of artists. It takes more than technology, it will also take highly educated and skilled people to support these artists’ career growth.

GD: What is your role at ArtBasel this year?

CE: This year my role is that of instigator and disruptor. I want to shed light on problems in the art market that current blockchain and tokenized art companies have created. I’ll be doing two speeches at the Miami Blockchain Center between December 3rd starting at 7PM. On December 4th at 1PM, I’ll be speaking on a panel at the Scope Art Fair. Later, at 4PM, I’ll be joined by a group of seven professional artists and one auction house employee performing a satirical comedy demonstration.

December 4th will look like a tiny protest of art market leaders versus artists with protest signs near the West entrance of the Miami Convention Center during the time VIP collectors will be coming and going the most. There’s a special guest, Ungo Globlogian! He will be happy to take photos with you (inside joke for It’s Always Sunny in Philadelphia fans).

GD: For the uninitiated, how should first timers approach Miami that week (besides going to Grit Daily’s Miami Art Summit co-hosted by JADA)?

CE: Well besides going to Grit Daily’s summit I would suggest coming to hear my speech at the Blockchain Center December 3rd. You will learn my top ten tips for starting an art collection and how to tour a fair like a professional! For first timers who can’t make either event, I would suggest they read up on who are the top 100 artists on ArtNet.com, particularly the top twenty.

I’d also suggest they understand the difference between basic words like figurative, abstract, modern, contemporary. And check out our Instagram @ato_gallery not only to see our art, but look at what artists our artists follow! Artists who are experienced usually know who is or who really should be a star.

If you find an artists or style you really love and really makes you feel something, spend some time on related Instagram pages. Finally, buy what you love, what you feel you need, what you think about days later unprompted. When a work makes an impression on you without any words, that’s a work made for you.

Looking for more from Grit Daily’s Spotlight? Check out the archives, here.