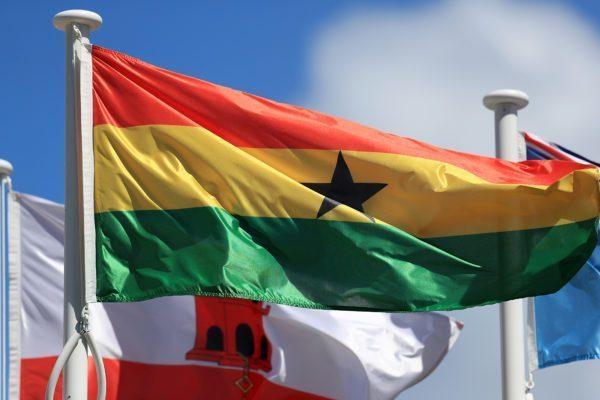 Unless you live under a rock, you have seen photos and videos floating around on social media of people in Ghana for Afrochella 2019. The massive event was packed with fashion, music, and culture, but signified much more than a festival. The West African country of Ghana – which was a major hub during the transatlantic slave trade – declared 2019 the year of return and encouraged people of African descent, whose ancestors were victims of the brutal slave trade, to return to Ghana. The government has been marketing its slave sites aggressively to African diasporans tracing their roots.

According to the country’s tourism board from January to June of 2019 there was a 20 percent increase in the number of Americans visiting the country and an 11 percent increase in visitors from the UK. But some young African Americans have decided to return for good. ” It’s an opportunity for me to be a part of creating a city and country that’s emerging,” WeUp tech founder Voltaire Xodus said. “Living in the U.S. all the seats are taken, all the big brands are there, but here the cement is wet and you have a seat at the table.”

Global music superstar Akon has urged Africans in the Diaspora to invest their talent and resources in Africa to help rebuild the continent for years. In 2018, Akon broke ground on a new futuristic ‘Crypto city,’ in Senegal, which will trade exclusively in his own digital cash currency called AKoin. “That’s home,’ Akon said. “That’s where everything needs to be invested because you will get your investment back.”

According to Akon the “Year of Return” adopted by Ghana, it is a good initiative that would strengthen ties with the Africans in the Diaspora and also mark new beginnings that would initiate the growth of Ghana and Africa as a whole. “It feels good to be back and it’s more exciting to realize that the United States is paying more attention to Africa. Sometimes as an African-American you feel something is missing until you come back to Africa to find that missing puzzle and know your true history.

Afrochella is an annual festival that welcomes multi-generations around the world to celebrate African culture through art, fashion, food, and music. Big-name celebrities such as musical artist Jidenna, 6lack, actor Idris Elba, Tina Lawson, and thousands more traveled to Accra, Ghana to take part in one of the biggest events of the year. Co-founder Abdul Karim Abdullah conceptualized Afrochella in 2015. Abdullah, along with co-founder Kenny Agyapong, and COO Edward Adjaye, launched the festival hoping to curate a connection to the continent by highlighting the rising talent on the continent as well as urging more African Americans to invest. “I think the more black people we get to invest in the continent, as a whole black will be helping each other,” Abdullah said. “Our goal when we bring people to Ghana is not just to come and turn up, not just to have a good time, but also to give them a feel of the vibration of the country, what the culture is. For us, it’s a holistic approach. “

The details for Afrochella 2020 have not been announced yet, but it couldn’t hurt to start planning now. Until then, here are some highlights.