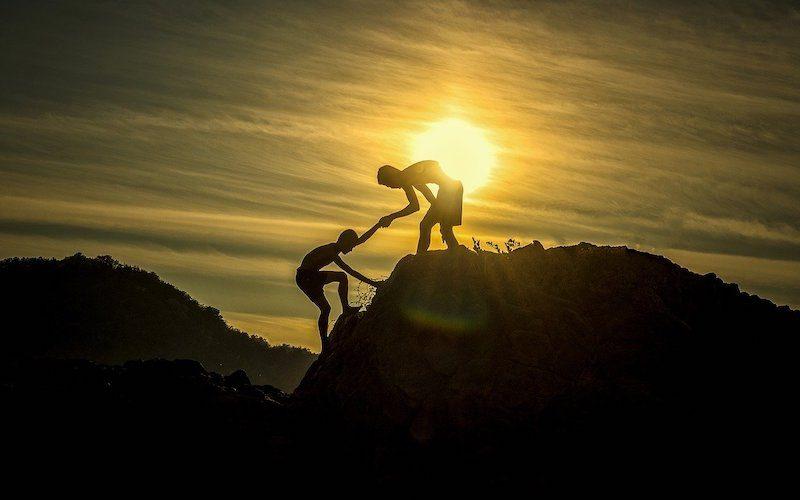 7 Ways Blockchain Can Be Used for Social Good

There’s a lot of talk about blockchain going around these days. All the internet chatter surrounding it can make it easy to write off as just another buzzword, but this technology deserves your attention. All the hype about cryptocurrency aside, blockchain has enormous potential, even in working for social good.

Blockchain first appeared on the scene in 2008 as the virtual ledger that made cryptocurrency like Bitcoin possible. In more recent years, organizations have started to realize that the technology’s transparent and decentralized nature makes it ideal for many other applications. Blockchain has the potential to improve countless areas in need of reform, from counting votes to protecting the environment.

Here are seven ways people can use and are currently using blockchain to benefit society.

Alternative energy is a central part of fighting climate change, but it can be hard for everyone to obtain. In some areas, local electricity grids may not even offer the option for green energy, or if they do, it can be unreasonably expensive. Blockchain can address these issues.

Blockchain enables transparent, traceable, and free peer-to-peer transactions. That’s a fancy way of saying that it allows people to pay other people securely and without a mediator. Using blockchain payments, people can bypass both centralized grids and credit companies to establish community-run microgrids.

This process is already in action in Brooklyn and other neighborhoods. People who can afford to buy means of generating green energy use blockchain to sell it at an affordable rate to their neighbors.

Using technology is one of the best methods for a nonprofit to operate and collect donations. But with traditional electronic payments, donors may not know for sure if their money went to the right place. People are less likely to fund a nonprofit if they can’t be sure that their money is going to a good cause.

With blockchain, you can track a transaction along every step of the way, so you can see where it ends up and how it got there. This way, if you give to a charity, you can rest knowing your money did, in fact, go towards the cause.

Some companies are using the popularity of cryptocurrency to help give to environmental projects. Cryptocurrency is becoming increasingly popular due to its reliability and transparency, so organizations can take advantage of this using similar methods to other charity programs.

Clean Water Coin is a virtual wallet that can house multiple different cryptocurrencies. The company donates one-tenth of a percent of every transaction that uses its software to a clean water initiative. Similarly, WaterCoin uses cryptocurrency to back its distribution of drinking water in Kenya.

Blockchain can even help optimize the democratic process. Traditional methods of voting can be difficult to count and trace, which can prove an obstacle in the way of democracy. Voting via blockchain can make elections more stable and quantifiable.

Because blockchain is decentralized and encrypted, its transactions are traceable and incorruptible. If votes took the form of blockchain tokens, counters could instantly and securely track them, without risk of someone tampering with them. Voter fraud could become a thing of the past, making democracy more democratic.

Most significant purchases require some form of insurance, like bank records or credit scores. This process makes things safer for sellers but can exclude people who don’t use a bank. Blockchain can help both parties.

Blockchain transactions are beneficial to the buyer because of the lack of transaction fees or the need to provide proof of identity. They help sellers by verifying the purchase, so they know they’re not getting cheated. Neither party can manipulate a blockchain transaction, making it more secure all around.

Blockchain initiatives in the healthcare industry have the highest potential impact of any sector. One of the most promising solutions is using blockchain technology to improve how companies track medicine like vaccines.

Many medicines have to be stored and shipped in carefully monitored environments. Initiatives like the MediLedger Project can use blockchain to track medication as it ships and exchanges this information across many different databases. Innovations like this will allow healthcare agencies to ensure that life-saving vaccines and other drugs arrive safely and on-time.

According to the World Health Organization (WHO), roughly 600 million people become ill because of contaminated food every year. People could avoid a lot of this contamination by improved tracking of food quality. Just as people can use blockchain to track pharmaceuticals, they can use it to monitor produce along the supply chain.

Third parties trusted with tracking can be fallible. Using blockchain to track food products is a more reliable method as nothing can fudge its records or manipulate the data.

The same things that make blockchain such a valuable tool for currency make it ideal for a variety of other uses. With improved technology and testing, blockchain applications will see more widespread use and will help make the world a better place.

The article 7 Ways Blockchain Can Be Used for Social Good by Kayla Matthews first appeared on Innovation & Tech Today.