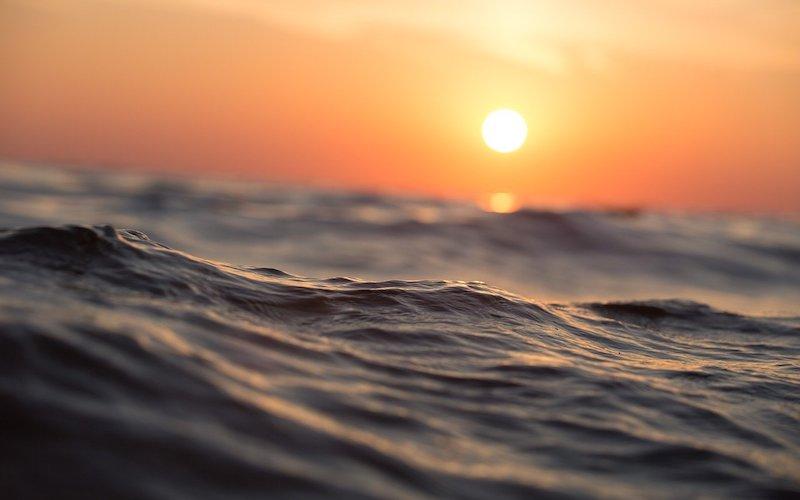 The threats that man-made CO2 presents to the oceans have been well-documented. Prominent among the headlines we see are those quoting scientists who are witnessing significant damage to coral reefs thanks to rising acidity generated by carbon emissions.

One small bit of good news is that, despite the surging levels of greenhouse gases in the atmosphere, the oceans, in part, seem to be stepping up to the task of absorbing their historical share of the additional carbon. As Science Magazine reported in March 2019, “The ocean is an important sink for anthropogenic CO2 and has absorbed roughly 30 percent of our emissions between the beginning of the industrial revolution and the mid-1990s.” Also, the current numbers are “consistent with the expectation of the ocean uptake having increased in proportion to the rise in atmospheric CO2.”

Dent co-hosted a dinner a few months back in Washington D.C. where we focused on the oceans and climate change. Joining us were prominent scientists, policymakers, and thought leaders. At this gathering, many ideas, opportunities, threats, and solutions were discussed and shared.

Our team has also been investigating some of the most intriguing ocean-based technologies being developed that intend to mitigate and prevent damage done by an overabundance of greenhouse gases. Here are a few of the standouts.

Olivine is an abundant (and beautiful) green mineral that Pam Wright of The Weather Channel says could be “climate change’s Kryptonite.” Olivine is interesting because one ton of the mineral can absorb as much as 1.25 tons of CO2. This absorption process is driven by the weathering of olivine, which an organization named Project Vesta says can be achieved at scale by the placement of the mineral on beaches throughout the tropics. Project Vesta has the ambitious goal of distributing olivine across two percent of the most tidally active shelf seas and beaches.

Legislators of late have been debating the role of methane emissions from cattle and how to limit these gases. In Australia there is a unique pink seaweed called asparagopsis taxiformis, which when added to cattle feed can reduce methane production by as much as nine percent. Dr. Nicholas Paul of the Seaweed Research Group at Queensland’s University of the Sunshine Coast, is now driving an initiative to supplement cow diets at scale with this seaweed.

Hydrogen is known as a “zero emission” fuel, and there is a straightforward process for splitting water into hydrogen and oxygen. The challenge is that due to corrosion issues, current separation methods rely on highly purified water. Sadly, the best water purification processes currently in play are expensive and require significant energy inputs.

Stanford researchers Hongjie Dai, J.G. Jackson, and C.J. Wood now claim to have devised a way to generate hydrogen fuel using solar power, electrodes, and saltwater from the Pacific Ocean. Their core innovation is to coat the metal surfaces involved with layers rich in negative charges. This coating repels the chloride that raises the decay issues.

Perhaps the most sci-fi aligned approach comes from an organization called Oceanix. Their charter is to “design and build floating cities for people to live sustainably on the ocean.” That way, if oceans rise, the cities can rise with them. Oceanix has some high-profile endorsements. The MIT Center for Ocean Engineering worked with them on a concept blueprint, and UN Deputy Secretary-General Amina Mohammed in reference to Oceanix stated, “Floating cities can be part of our new arsenal of tools.”

These four examples barely scratch the surface of the work being done to offset the impact of humans on the atmosphere. Despite the general pessimism being felt today regarding the climate, we are encouraged by the passion and creativity being expended toward the issue.

Related: Why Hospitals Should Focus on Cybersecurity Training