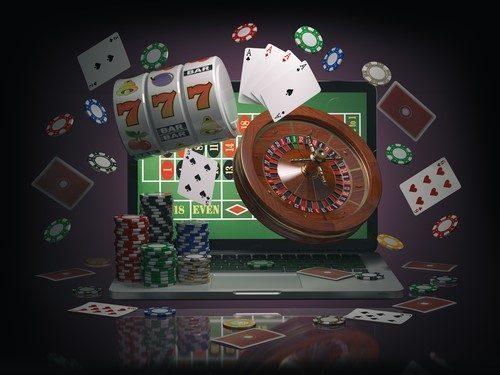 With a predicted global gross yield of almost $500 billion this year, the worldwide gambling industry is booming, with nearly ten percent flowing from online gambling sites.

The question is why?

The U.S. is one of the world’s most significant gambling markets, which is impressive considering it’s still hesitant to truly embrace the industry when it comes to online gambling.

While some felt the U.S. market was showing signs of waking up to the huge potential gambling offers, it appears to have turned its back on progress.

With China’s Macau region recently moving to the top of the list when it comes to gambling revenue, even overtaking Vegas, the question becomes could (and should) the U.S. be doing more to capitalize on this huge source of income?

From a recreational perspective, gambling frequently divides the public opinion. Many people enjoy it responsibly, while others, are victimized by it, with addiction remaining a prevalent issue.

Over the years, the legal perspective on the gaming community has continued to unfold in a more subdued environment with two major players.

Revision of the 2011 Wire Act Opinion

Over the years, the 1961 Wire Act has been up for debate as the nature of technology has evolved. The Wire Act was passed as part of a Kennedy-era push against organized crime.

From 1996-2006, Congress tried on several occasions to update and clarify the Wire Act as to what it did and did not prohibit. Unfortunately, each of these efforts failed due to conflicts between different gaming sectors such as commercial vs. tribal, horse vs. dog racing, and lotteries vs. convenience stores.

In 2006, Congress abandoned its efforts to update the Wire Act, passing instead, the Unlawful Internet Gambling Enforcement Act (UIGEA), which prohibited the acceptance of processing of a financial instrument for the purpose of “unlawful Internet gambling,” but failed to expressly define that term, relying on other federal and state laws for clarification.

Back in January, The Department of Justice (DOJ) Office of Legal Counsel reversed the 2011 Wire Act opinion which stated that the law only applied to sports betting. In the new opinion, the Wire Act is applicable to any form of gambling that crosses state lines, including online gambling and online lottery.

For the first time, individuals could gamble online without worrying about breaking the law, regardless of the state they were in. In the wake of the 2011 opinion, several states, including New Jersey, Nevada, Delaware, and Pennsylvania have legalized online gambling.

The revised opinion also gave players access to global sites, who previously had to tread carefully with respect to accepting American players in case they were handed a hefty fine.

PASPA: Is The Tide Beginning to Turn?

Since the rise of the internet and the rapid advancement of technology, gambling has continued to create new issues for the law, because of the ability for individuals “to cross state lines,” through cyberspace.While online gambling has been a hot topic in American politics for most of the 21st century – the past 12 months have been particularly momentous.

Back in 1992, former U.S. president, George H.W. Bush signed the Professional and Amateur Sports Protection Act (PASPA) into law. Commonly known as the “Bradley Act” in New Jersey, PASPA stopped new states from offering sports betting. Nevada was the only state that had “state-sponsored” betting.  States like Oregon, Delaware, and Montana were grandfathered in.

However, PASPA did not outlaw sports betting, as it had already been illegal. Rather, the Act stopped the spread of sports betting in the U.S. by preventing states from regulating gambling outright.

The Act came into serious question over the years because New Jersey had been the only state that featured commercial gambling for ten years, attempting to pass its own law in 1993, without success.

In June 2018, the U.S. Supreme Court made a groundbreaking decision, ruling in favor of the New Jersey law, ultimately reversing PASPA. The result of which now allows sports betting in New Jersey casinos and racetracks.

Where players had previously turned to international sites, sending their hard-earned dollars overseas instead of into their state’s treasuries, they could now legal place their bets from home. The betting industry began to gear up for a change as they predicted revenue would bring a further $26 billion into the budget each year.

But Is the Party Over?

Part of the fact that sports betting is estimated to be worth $150 billion on the black market – representing a huge amount of cash that could be diverted into public services such as hospitals, transport and schools. There’s also the associated benefits for employment. An Oxford Economics report published in 2017 found that legalising sports betting would create between 125,000 and 152,000 jobs across America.

But the party is over – for now. In January the DOJ reversed its decision, not declaring that all online gambling is illegal. There has been increasing pressure on the DOJ, with campaigners lobbying for the reversal almost as soon as it was made.

At the forefront of the campaign was Senator Lindsey Graham, and behind it, waving the money, billionaire casino mogul Sheldon Adelson. Adelson owns, among others, the Venetian and Palazzo casinos in Las Vegas. He understandably sees the online gambling industry as a threat to the land-based casino industry and has been seeking to secure his business interests.

The future of online gambling in the US is again question. With pressure, and valid arguments, from both sides of the debate, it is reasonable to believe that this most recent decision will face a similar outcry, and we may well see it overturned again at some point in the future.

How Can the UK Shine Light On the Future?

Watching from across the pond, it may seem confusing to many as to why America has taken this hard stance. For years, under former UK prime minister, Tony Blair’s administration, the gambling industry was accelerating at a rapid pace.

Today, with over 33,000 machines spread across Britain’s 9,000 betting shops, the nation continues to embrace online gambling with a very profitable and well-regulated online market. Gamblers can wager on sports, buy lottery tickets and play engaging and immersive online casino games.

With so many online operators completing and flourishing in this open market, gamers are currently enjoying something of a golden age of gambling. With a huge range of exciting games with high-quality graphics comparable to leading gaming titles, visiting an exceptional online casino has never been so fun for players.

Recent renovations in responsible gambling laws help customers to self-regulate and learn when they need to stop playing, before getting themselves into trouble. Rather than taking people away from land-based gambling venues, the remote gambling sector co-exists with them, catering to a slightly different type of clientele and therefore tapping into a different stream of revenue.

Last year the UK’s online gambling revenue was upwards of £14.5 billion – money that was taxed and pushed back into the economy, being spent on schools, transport and the healthcare industry.

Where Does the U.S. Turn Next?

The U.S. could learn a lot from its overseas cousins. There is worldwide evidence that online gambling contributes positively towards a healthy economy.

In the UK, all online gambling websites are subject to a tax which returns funds directly to the government, allowing them in turn to fund community buildings and schemes.

Many UK casinos also have their own online sites, perhaps paving the way for those in Las Vegas or Atlantic City do expand their own brands online. However, with Adelson not only funding the lobby against online gambling, but also publicly contributing towards the Republican Party, it might be some time before anyone in government finds the time to look again at the issue.

Published in Entrepreneurship, Legal and News