Longevity is not something that is often associated with professional athletes. Careers can be notoriously short and are often halted by injury or declining form. However, the new generation of athletes are keen to make the most of the opportunities afforded to them. Many are looking beyond the next game, aiming to build a ‘generational legacy’.

The idea of legacy entails leaving a mark on the world, improving the lives of others; not just building an empire. Serena Williams, for example, is passionate about reinvesting in women, and minorities, to improve their lives and those of their families. Rising star, D’Wayne Eskridge, was reported recently as “Aiming to Build Legacy On and Off the Field“. He is yet another example of a young athlete who has his sights set on making the most of his professional career and becoming a worthy icon to his legions of adoring fans.

In recognition of this current crop of aspirational athletes, Nebraska University is offering college athletes the chance to become more financially literate and better equipped to deal with the business aspect of the sport. As part of the NIL program, (new legislation that allows college athletes to make money from their name, image, and likeness) seniors are paired with new college athletes and act as mentors, instructing them in all the attributes they will need to steer a successful course through the minefield of being a professional athlete.

The college is also providing audio/video equipment for podcasting, social media, and vlogging: young, aspiring athletes have an opportunity to build their brand from the ground up. This holistic approach is an attempt to equip athletes to make the most out of their careers and to gain the financial savvy required to survive in a tough environment.

Thaddaeus Koroma, President of Limit Breakers, has long championed the cause of professional athletes, advising them how to make the most of their lifetime earnings by growing their own businesses and wisely investing their funds. Koroma was himself a promising basketball player until a hip injury sidelined him permanently. Suddenly left without an income stream, Koroma began to realize how vulnerable he and his peers were too sudden changes of fortune. He dedicated himself to helping athletes grow their business concerns, providing wealth into retirement and for the next generation.

The old image of the sports star being an extravagant spender who quickly blows through millions is hopefully beginning to fade. Although there are still occasional stories of stars encountering financial woes, Koroma believes that “the narrative is slowly changing”. He believes his “mission is to grow his clients’ existing businesses and connect them with new opportunities”, eliminating the possibility of reaching retirement without adequate provision.

Athletes have the right skill set to excel

And if anyone has a chance of excelling in business then, according to the research, it’s athletes. Research by Ernst and Young on women athletes showed that the characteristics they developed during their athletic careers helped them to become board members or leaders of major companies. Of the women already in the C-suite, the largest majority had a background in the sport.

Some startups even go out of their way to hire ex-athletes for their particular skill set. One of the often-cited attractions to athletes is their work ethic. Athletes have an unrelenting schedule that includes gym sessions, skills coaching, games, strategy meetings, physical therapy, and interviews. On top of that, many have a grueling travel schedule that sees them playing at fixtures all over the country or internationally.

The ability to brush off failure and move on is another valuable commodity in the business arena. Basketball players might miss thousands of shots across their career, tennis players might lose thousands of points, but the one thing that they have in common is that they have to maintain a positive mindset, learn from failures, and move forward. Finally, athletes are more used to taking risks than the average college graduate. Throughout an athletic career, an athlete may be forced to engage in crunch games or move up to a tougher league— moves that require a certain level of nerve to manage the inevitable fears.

If sportspeople have the traits necessary to excel at business, surely all they need is the correct advice and direction? Koroma acknowledges there are many in the sports world who would benefit from advice on managing their wealth. His business model is based on the premise that most sports personalities have an existing brand. The brand can often be the star’s name: a reputation built on a lifetime of sporting achievements. Koroma uses this as leverage to create new business opportunities.

He explains that “you can either scale up existing businesses or acquire new ones, moving into different sectors”. Koroma says, “At Limit Breakers, we leverage our client’s current influence to facilitate business or investment opportunities; working with their team of agents, publicists, and managers to secure residual income and build generational wealth for the clients.”

With the right mix of sound advice, business savvy, capital, and influential networks, the sports stars of today could become the business titans of tomorrow. And with legislation like NIL set to allow athletes to earn money from an even earlier age, it seems that there is no end of opportunities on the horizon. 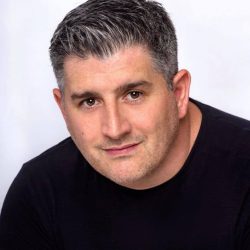