The Social Dilemma: Every Click You Make, Every Stroke You Take, Big Tech Is Watching You

Throughout 2020, people began to adapt to remote work, working from home and taking online classes. Others have been furloughed, laid-off and are uncertain about when or how they’ll find a job.

Yet, with all the uncertainty, Big Tech, including, Facebook, Apple, Amazon, Netflix and Google have advanced exponentially. While technology keeps us connected, informed, able to shop, be entertained and makes our lives easier, there’s a huge downside.

Many of us attend virtual online events, use our mobile devices to stream podcasts and webcasts, make calls using VoIP (Voice over Internet Protocol) networks or on our mobile devices and use apps like Facebook messenger, WhatsApp and other tools.

If you have children, they may be in-school, doing internships, learning how to use software for online classes and participating in video conferencing. In their leisure time, they use Instagram, Snapchat, TikTok, and Facebook. Others enjoy playing video games on Xbox.

Both children and adults stream sports, watch TV, cable and digital streaming services like Hulu, YouTube, Apple, Netflix and Amazon Prime. Or, depending on where you live, drive or walk using navigation tools like Google Maps.

So, What’s the Problem?

More than a decade ago when former executives from Instagram, Apple, Google, Twitter, Palm, Mozilla Labs/Firefox, and Pinterest worked at these companies they believed they were helping shape technology for the good of society.

But, in the Netflix Documentary, “The Social Dilemma,” the interviewees conversation centers around how these tools have evolved into persuasive technology or manipulation.

Other issues include, fake news, the erosion of trust, polarization, scandals, tech and social media addiction, isolation, the impact on children’s sense of worth, depression and even suicide.

Tristan Harris, co-founder of the Center for Humane Technology and former Google Design Ethicist, says we need a new agenda for technology. “The problem should not just be privy to tech people, but to everyone. The tech industry has lost its way. Never before in history have 50 designers, 20-35-year-old white guys, made decisions that would have an impact on two billion people.”

The technology companies have three core goals: engagement, growth and advertising; each powered by algorithms that are designed to meet these ambitions.

Often, people forget or don’t realize that social media is designed to personalize content based on customer’s preferences, behaviors, age, location, gender, friends and other characteristics.

Jeff Seibert, Twitter former executive said, “Every action you take, including looking at photos, searching for information, clicking, reading, watching and the time spent on each is being tracked, measured, monitored and recorded.”

If you don’t work in technology, marketing, social media, and advertising, you might think we’re all operating from one set of facts. But we’re not. A startling example in the film is climate change. If you Google climate change, there are different answers based on what Big Tech knows about you.

How? Teams of engineers are hired to hack (i.e. growth hacking) into people’s psychology to increase engagement, growth, user sign-ups and advertising revenue. Then, with massive amounts of data, companies can predict how you think, what actions you’ll take and how you feel without what triggering your awareness.

What Site Can We Trust?

In the documentary, Wikipedia is highlighted as a place where people can find the same unbiased information. While not curated or monetized, the site says (as of November 2020), that “a topic should also meet Wikipedia’s standards of “notability”,[88] which generally means that the topic must have been covered in mainstream media or major academic journal sources that are independent of the article’s subject.

Further, Wikipedia intends to convey only knowledge that is already established and recognized.[89] It must not present original research. A claim that is likely to be challenged requires a reference to a reliable source.

Among Wikipedia editors, this is often phrased as “verifiability, not truth” to express the idea that the readers, not the encyclopedia, are ultimately responsible for checking the truthfulness of the articles and making their own interpretations.[90]

This can at times lead to the removal of information that, though valid, is not properly sourced.[91] Finally, Wikipedia must not take sides.[92] All opinions and viewpoints, if attributable to external sources, must enjoy an appropriate share of coverage within an article. This is known as neutral point of view (NPOV).

As this film progresses, one quote from Edward Tufte stands out: “There are only two industries that call their customers ‘users’ illegal drugs and software.”

Others from the tech experts include:

Tim Kendall, former Facebook Director of Monetization and President of Pinterest: “I was building things at Pinterest and when I was home it was hard to not check Pinterest. I had to tear myself away.”

Aza Raskin, former employee at Firefox and Mozilla Labs: “I had to write myself software to stop my addiction from Redditt and Twitter.”

Juston Rosenstein, former Facebook and Google former engineer and Co-Inventor of Facebook’s “like” button: “AI is a metaphor. Google has massive computers, undergrown, under water, tons and tons of computers. They’re deeply connected with one another, and running extremely complicated programs, sending information back and forth to each other all the time. Some are simple algorithms; some are so advanced you can call them intelligent.”

Cathy O’Neil, PHD data scientist and author: “Algorithms are opinions embedded in code. Algorithms are not objective and are optimized to some definition of success.”

Jaron Lanier, Founding Father of Virtual Reality, computer scientist:” What are they being paid for? It’s the gradual, slight, imperceptible change in your behavior and perception that is the product.”

If you’re a parent, teacher or educator, take note of Jonathan Haidt PHD, NYU Stern School of Business, author and social psychologist’s statement: “There’s a sharp increase in depression and children harming themselves which points to social media.”

And, Dr. Anna Lembke, Stanford School of Medicine and Medical Director of Addiction Medicine’s plea, “Social media is a drug. As a vehicle to optimize the connection between people. I’m fighting with my kids to not use social media because of the risk of addiction.”

To protect your data:

Turn off or reduce notifications

Uninstall apps that you don’t use

Use browser extensions to block recommendations

Although the film gives recommendations for parents, as a mother of three grown boys, I believe we each need to decide what’s right for our children and at what age.

If you want to get involved, go to: Center for Humane Technology.

Next, on my movie list is the documentary, Coded Bias. 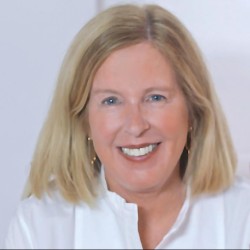 Wendy Glavin is a contributor to Grit Daily News and the founder/CEO of Wendy Glavin, a full-service New York City agency. Wendy is a 30-year veteran of corporate, agency, consulting and small business ownership. She specializes in B2B marketing, executive writing, PR, social and digital media advisory. Contact her at: [email protected].